As of the end of Season Three, major changes happen to the cast that affect the entire continuity of the show; spoilers will be unmarked. YOU HAVE BEEN WARNED. Beware: only developments of the newest season will be spoilered. (Right now, that's Season 5.)

The Hales were a family of werewolves who saw themselves as the unofficial "protectors" of Beacon Hills. After most of them died in a fire six years prior to the series, their remaining members are siblings Derek, Laura, and Cora Hale, and their uncle Peter. In Season 3, Malia Tate is revealed to be Peter's biological daughter. 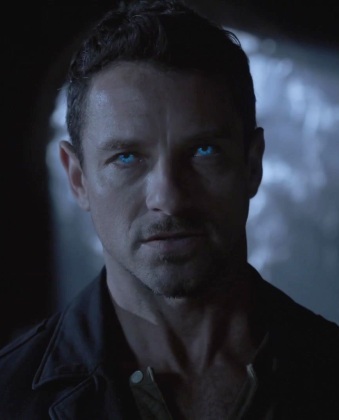 "For my family's power. To be rightfully inherited by me. Not usurped by some idiot teenage boy so incorruptible, he won't shed the blood of his enemies even when justified. You don't deserve your power. Not power like this."

Derek's uncle, the man responsible for Biting Scott, the original Alpha and the Big Bad of season one. Peter killed Derek's sister, Laura, his niece, in order to become the new Alpha of the Hale family. Originally faking disability, he later torments Scott, Derek, the Argents, and everyone else involved, until he is finally killed by Derek.

Peter then possesses Lydia later in Season 2 so to resurrect himself. Originally weakened, he bides his time and becomes an uneasy ally to Derek and the others after helping them against the Kanima. After Scott becomes a True Alpha and when his full strength returns in Season 4, he makes his move to have Scott killed, but when the plan fails, Peter faces off against Scott, taken down and incarcerated in Eichen House for his crimes. He comes back in season six not completely reformed but not trying to kill anyone either. 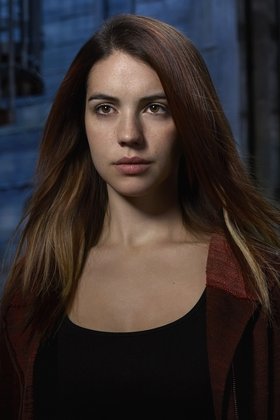 "You're just a bunch of stupid teenagers running around, thinking you can stop people from getting killed. But all you do is show up late. All you really do is find the bodies."

A young female werewolf first introduced in season 3 as one of the wolves kidnapped by the Alpha Pack along with Erica and Boyd. She's also Derek's younger sister, who had been presumed to have died in the fire. 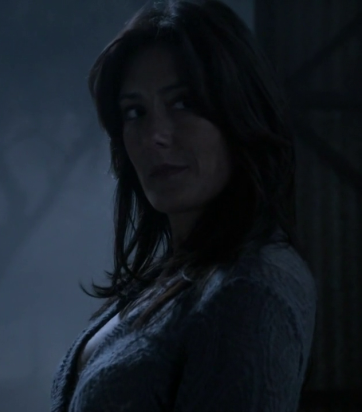 "We're predators. We don't have to be killers."

Talia is the mother of Laura, Derek, Cora, and the older sister of Peter. Talia was the well-respected Alpha of the Hale pack. She was killed in the Hale Fire. 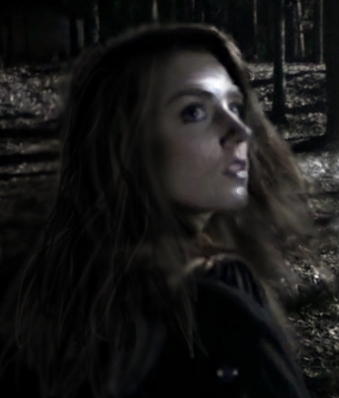 Laura is Derek's older sister, and initially the only member of his family known to not be in the Hale Fire. Her death and dismemberment kick off the events of the series pilot.

The pack of Alphas who appeared at the end of Season 2 and became major antagonists in Season 3A. 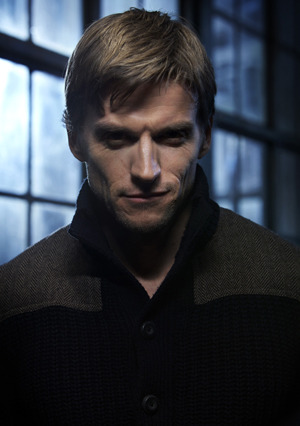 "I am the Alpha of Alphas. I am the apex of apex predators. I am Death, Destroyer of Worlds! I AM THE DEMON WOLF!!!"

The mysterious blind leader of the Alpha pack. 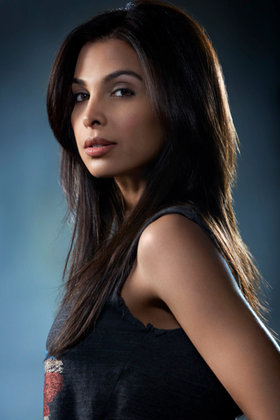 "This is me being gentle."

Graceful and deadly, Kali stands as Deucalion's right hand within the Alpha Pack.

Aiden and Ethan (portrayed by Max and Charlie Carver) 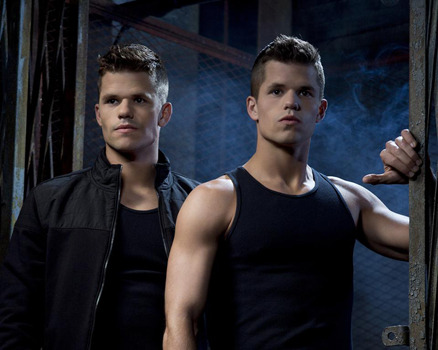 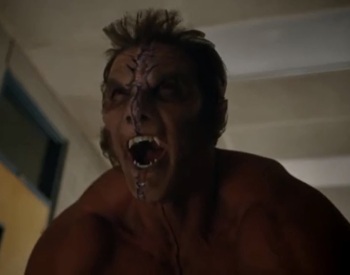 "Ethan, I always forget.. How many bones are there in the human body?"
"I don't know, let's count."

The twins, Ethan and Aiden, are first introduced chasing down Isaac like hounds after a fox. Members of the Alpha Pack, they quickly make a splash by enrolling at Beacon Hills High and setting their sights on Lydia and Danny in order to get to Scott.

In Season 3B, after the dissolution of the Alpha Pack they've lost their Alpha status and are now Omegas. Not wanting to be the lowest on the werewolf hierarchy, they now seek to redeem themselves to Scott and his allies. 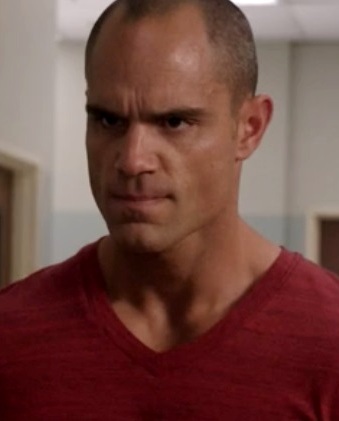 "Don't you realise what you're dealing with? I'm an Alpha."

Ennis is the first of the Alpha Pack Scott encounters and sets the tone for the Alpha Pack's behaviour pretty succinctly: brutal and good at it.

Satomi's pack seems to consist mainly of non-combatant werewolves, who want nothing but live a relatively normal, quiet life without being bothered by anyone. 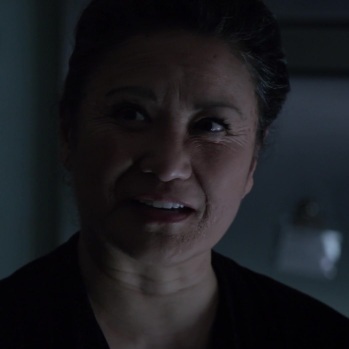 "Three things cannot be long hidden: the sun, the moon, the truth."

A beta werewolf and Noshiko's fellow prisoner at Camp Oak Creek in 1943 when we first meet her.

Between World War II and the present day she became an Alpha, the leader of a Pack which follows the principles of Buddhism to control their werewolf nature. Satomi was also a friend to Talia Hale. 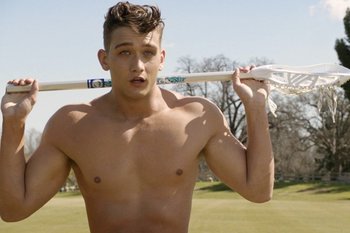 A young Beta in Satomi's Pack and rival Lacrosse player from Liam's former school. He initially does not like Liam overly much, but after Scott and his allies help Satomi and her pack against rogue hunters, he slowly becomes friendlier, and even helps Liam out on occasion. 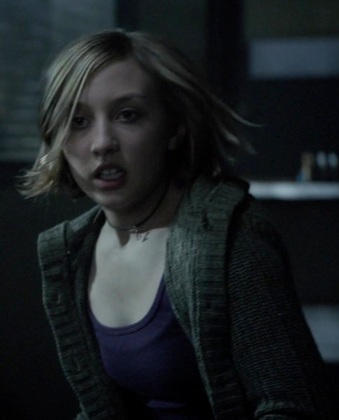 Brett's younger sister, and another werewolf in Satomi's pack. 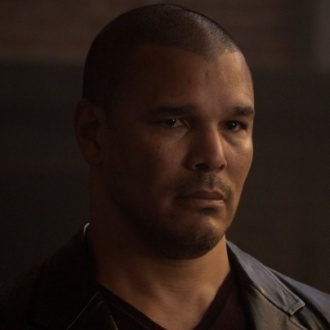 A werewolf who is the main bodyguard of the Japanese mobster Katashi. 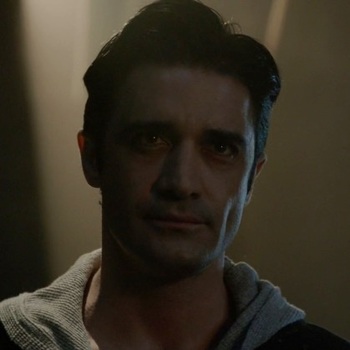 "History might remember you, Sebastien - but only as a beast!" - Marie-Jeanne Valet

The original werewolf who became known as the Beast of Gévaudan, Sebastien Valet murdered scores of people before he was hunted down and killed by his own sister, Marie-Jeanne Valet, who became the first werewolf hunter of the Argent family line. His friend and accomplice, Marcel, did everything in his power to get Sebastien back, and let neither death nor supernatural rules stop him - he would eventually become the founder of the Dread Doctors, and their leader, The Surgeon.