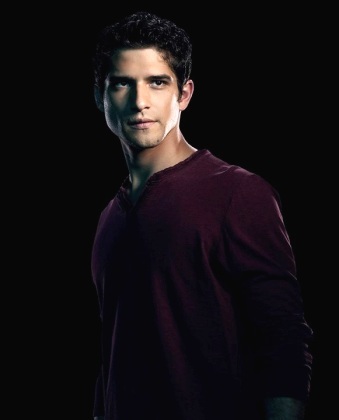 "Somebody has to do something."

Scott is the eponymous Teen Wolf and main character of the series. Originally a somewhat nerdy, asthmatic outsider with little friends, his life changes dramatically after a fateful meeting in the woods leads to his transformation into a werewolf. His new powers grant him athletic prowess and more popularity, but they also open up a world full of danger and supernatural enemies. Scott now must learn to reconcile his responsibilities as a burgeoning leader in the supernatural world with his desire to lead the life of a normal teenage boy. 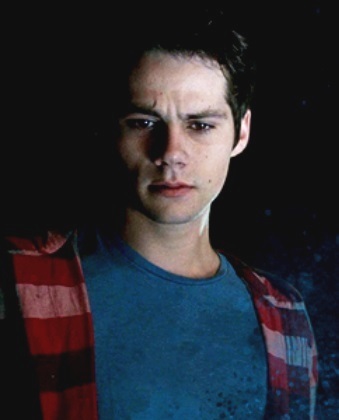 "I'm 147 pounds of pale skin and fragile bones, sarcasm is my only defense!"

Stiles is Scott's best friend, and also the only person who Scott tells about his transformation at first. Loyal and caring to those few he loves, Stiles is more cynical and pragmatic than Scott, and keeps his vulnerabilities well hidden under a unique gift for snarky comments. He's very protective of his widowed father, Sheriff Stilinski, and holds a special torch for Lydia, who over the course of the show turns into another trusted friend. After having been possessed by a Nogitsune who forced him to fight his friends in Season 3B, he is currently helping his girlfriend Malia adjust to humanity and living life as a were creature. 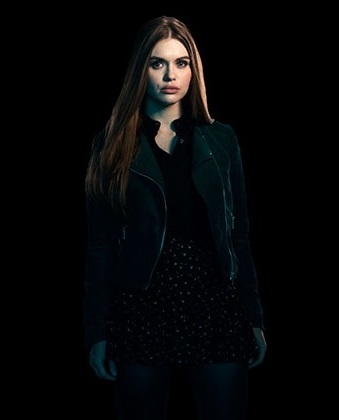 "Not all monsters do monstrous things."

At the start of the show, Lydia's life is everything that a high schooler wants: she's popular and beautiful, her parents are rich, and she's in a relationship with the handsome Jerk Jock lacrosse captain, Jackson. However, underneath her snobby mask lies a brilliant mind with a talent for chemistry. After the events of Season 2, she takes a more active part in the supernatural world of Beacon Hills after beginning to display strange powers of her own. She's revealed to be a banshee in the third season. 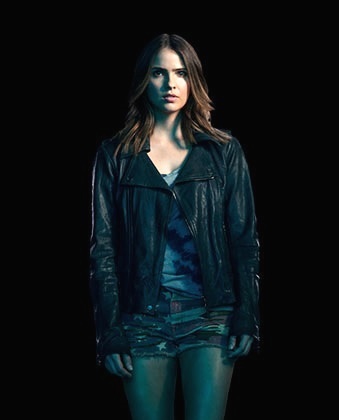 "I don't have much practise in things like forgiveness. Some things I'm picking up fast. But others [...] I hate math."

A werecoyote, Malia involuntarily changed under the full moon as a child and caused a car accident which killed her mother and sister. Ashamed by this, she spent eight years in the wild as a coyote and avoiding her father. It was only through the intervention of Scott and his pack that she became human again; now, as a member of the pack, she is readjusting to her humanity, human life and figuring out her feelings for Stiles. 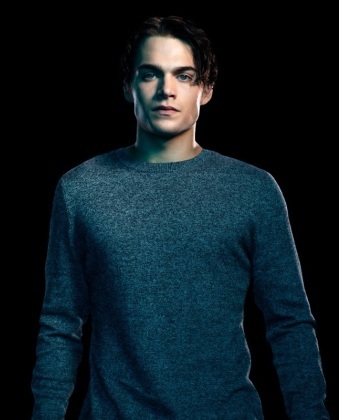 "I don't mean I'm not strong or I'm never gonna learn how to be in control. I mean everything else. You and your friends try to protect everyone. Have you been whole this the whole time? I mean, how are you all still alive?"

A freshman and extremely gifted Lacrosse player, who transferred to Beacon Hills High School in Season Four. Scott accidentally bit him trying to save his life and he consequently became Scott's first Beta. 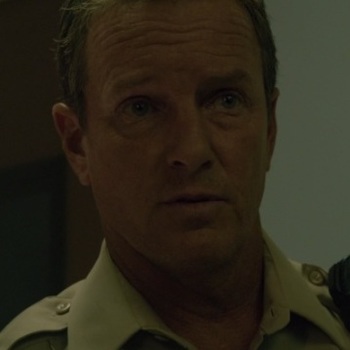 "Your best friend is a werewolf. You're dating a werecoyote. I still don't know what Kira's supposed to be. When the flying monkeys come soaring through this station, you will have my undivided attention. Until then... just go to school."

Stiles's father, a widower and the Sheriff of Beacon Hills. A well-meaning and loving father to Stiles, and intelligent and overworked, Noah does his best to protect and enforce the law in his town. Initially, Noah has no clue of the actual, supernatural elements of Beacon Hills going on within his town which hampers his ability to do his job in spite of Stiles and Scott encountering and fighting against them on a nightly basis. Finally, in Season 3, he is let in on the supernatural business, he's less than thrilled, but uses his newfound knowledge and perspective to solve cases old and new more effectively, and enlisting the help of Scott's Pack in solving crimes concerning those elements. 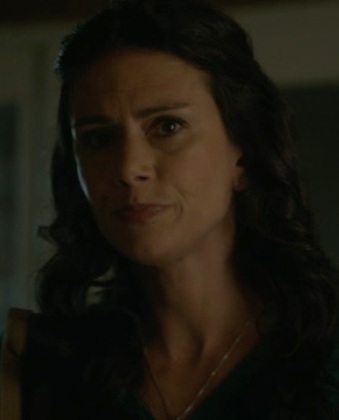 "I know I can't be the mom that says "I don't want you to do anything about this." 'Cause you're always going to be involved. 'Cause not only do you have the power to do something ... you care enough to do it."

Scott's snarky but well-meaning single mother, who is a registered nurse at the Beacon Hills Memorial hospital. She has no idea of her son's double life until the end of Season 2, but gets heavily involved in his dealings with the supernatural once she does, serving as his role model and moral tether. 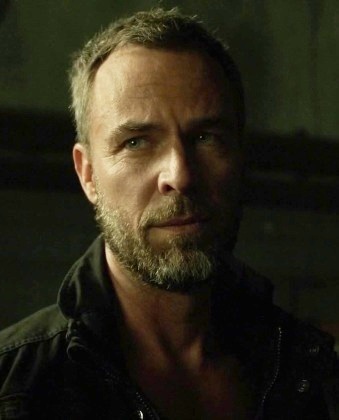 "Our sons are trained to be soldiers... our daughters to be leaders." 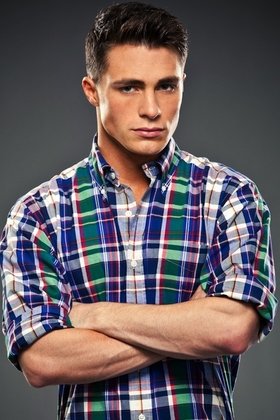 "I have an unfair advantage. You see these cheekbones? Aerodynamically suited for speed in water."

Like Lydia, Jackson has a great life: his family is filthy rich, he's dating the most popular girl in school, and he's the captain of the lacrosse team. Everything changes, however, when Scott begins to outclass him - both on and off the field - because of his newfound abilities. Jackson, refusing to take second place, tries to figure out what Scott's really up to. 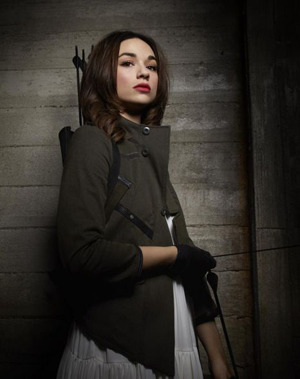 "It's okay. It's perfect. I'm in the arms of my first love. The first person I've ever loved. The person I'll always love. I love you, Scott. Scott McCall."

Allison is the beautiful new girl in Beacon Hills. She's been sheltered from her family's double life as a clan of werewolf hunters. When she starts to fall for Scott the feeling is mutual. However, her lineage might complicate matters some and make her relationship with Scott tension-packed. In Season 3, she embraces her family legacy as leader of her family. Allison dies at the end of Season 3. 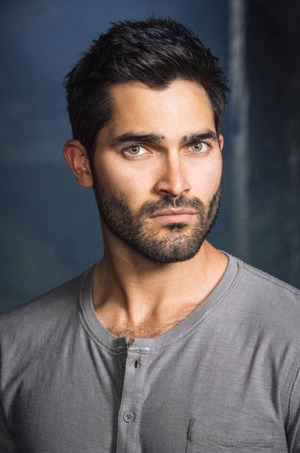 "Like my mother used to say: I'm a predator. I don't have to be a killer."

The original Beta werewolf in town, Derek is a swirling mass of mistrust, misplaced aggression and anti-social behavior. He seeks out Scott after he is bitten and offers his help, but his standoffishness and secrecy often let Scott to question his motives. It takes a good long while for the teens to look beyond his brooding exterior, and for Derek to let down his guard enough to open up; his interactions with them eventually cause him to question his outlook on life and start readjusting his behavior, without quite losing his sarcastic edge. Over time, he becomes an ally and trusted friend to Scott and his friends. 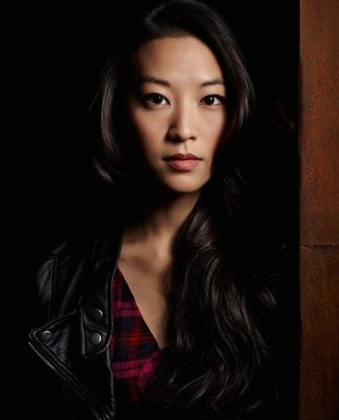 Kira is the half-Japanese, half-Korean New Transfer Student to Beacon Hills who instantly falls for Scott. From her mother's side, she has inherited the abilities of the thunder kitsune, which she was unaware of until she was drawn into the conflict against the Nogitsune, wherein her powers awaken and prove to be valuable against the chaos.