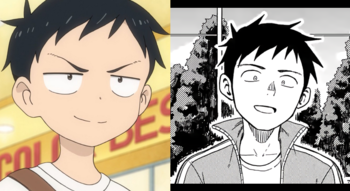 Left: Nishikata in middle school; Right: As an adult.

The viewpoint character. He's a middle schooler who's been teased by Takagi for months. His desperate and unsuccessful attempts to retaliate form the manga's plot. 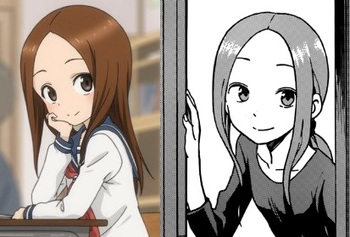 Left: Takagi in middle school; Right: Takagi as an adult.

The titular character. She sits beside Nishikata in class, often runs into him outside of school and always teases him about something. Takagi's the protagonist of the sequel manga Karakai Jōzu no (Moto) Takagi-san alongside her daughter Chi. 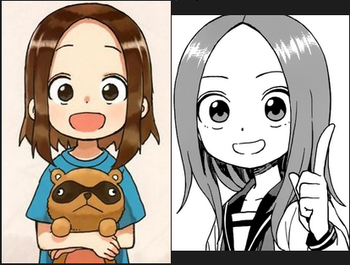 Left: Chi in kindergarten; Right: Chi in middle school.
Takagi and Nishikata's daughter. She is one of the main characters of Karakai Jōzu no (Moto) Takagi-san, along with her mom. She is also the protagonist of the one-shot Nishikata-chan, which is set during her middle school years.
Mina, Yukari and Sanae 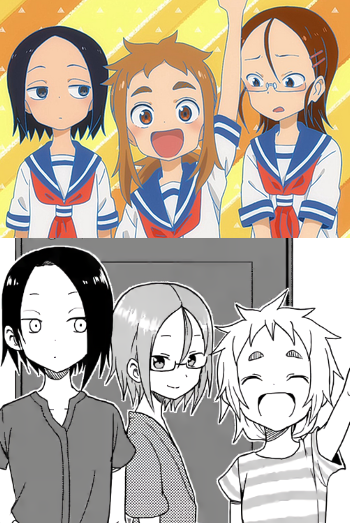 Mina Hibino, Yukari Amakawa and Sanae Tsukimoto are three girls who are best friends and Takagi and Nishikata's classmates. They're the main characters of the spinoff manga Ashita wa Doyōbi, from which some chapters are adapted in the anime series. Mina also appears in (Moto) Takagi-san as Chi's kindergarten teacher. 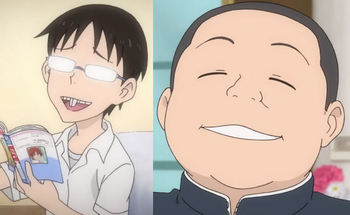 Takao and Kimura are Nishikata's classmates and friends. Nakai and Mano are friends and classmates of Nishikata and Takagi. They are currently dating in the original manga, while they are married in (Moto) Takagi-san; also, in said manga, Nakai is a coworker of Nishikata's at their former middle school. 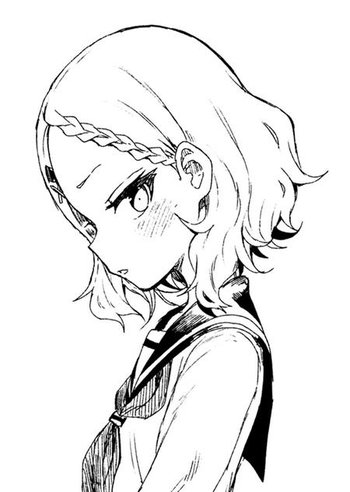 Described as the prettiest girl in school, Hojo later becomes a classmate of Nishikata and Takagi once they become second years. 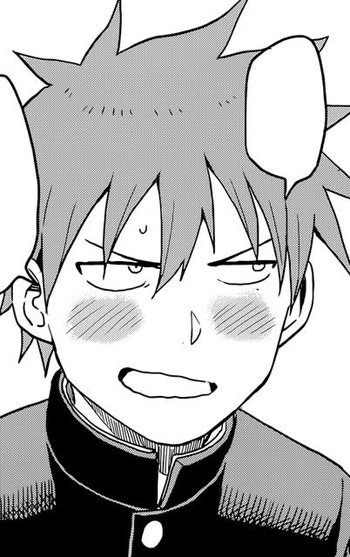 Another of Nishikata's guy friends, he has a very obvious crush on Hojo. 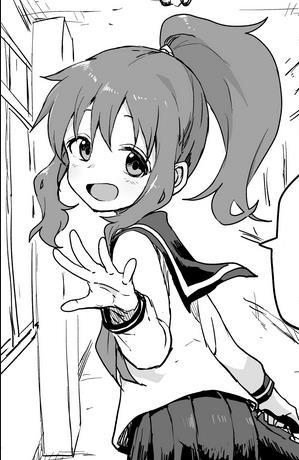 A girl who is Takagi's closest female friend. 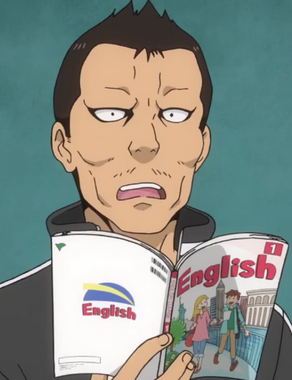 Nishikata and Takagi's homeroom teacher. An English teacher, Tanabe's not quite so patient or doting to his students. Chi Nishikata's classmate in middle school and her occassionally former childhood playmate. He apparently wins a lot of games and challenges Chi puts him through.