Character page for the main characters of Tangled and Tangled: The Series. 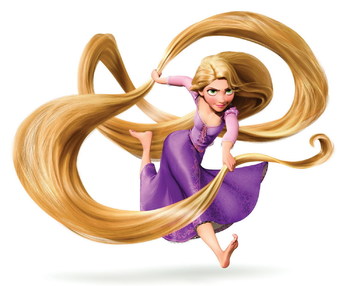 "When will my life begin?"
Clickhere 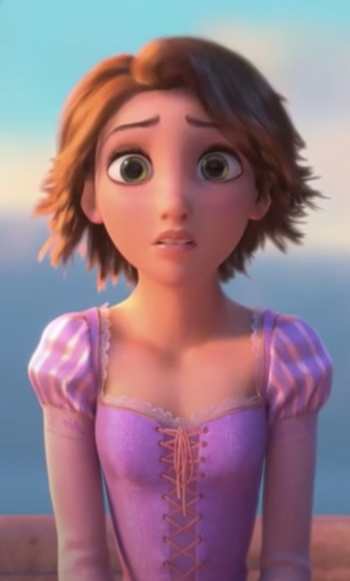 Born to a queen who needed the power of a magic flower to come to term with her, she was stolen by the witch Gothel who had been previously using the flower to remain forever youthful. The witch discovers that Rapunzel's hair now holds the power of the flower unless it is cut, and so keeps her locked in a hidden tower and unaware of her heritage, until the thief Flynn Rider (Eugene Fitzherbert) tries to make her tower a hideaway spot. She strikes a deal for him to bring her to see the floating lanterns that have appeared every year on her birthday, in exchange for the object he stole: the Princess' crown.