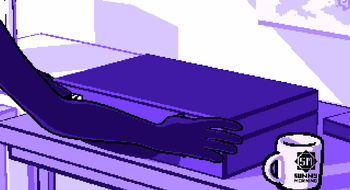 It's you, the Playable Character, a salesperson working for Sunny Mornings™ who must survive a week in the harsh reality of the door-to-door market in order to complete the game.
Advertisement: 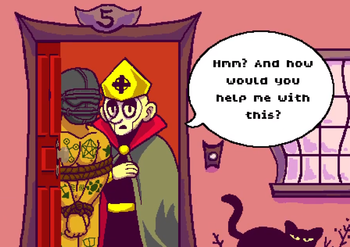