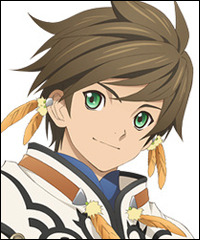 "Though I'm not sure that counts as an answer, I now know what path I want to take."

Sorey is a kindhearted young man with a strong fascination with ancient ruins. He was raised by the Seraphim in Elysia, and due to his high levels of spirit energy, he is able to interact with them. Due to becoming a Shepherd after entering into a pact with Lailah, Sorey holds the power to calm the Hellion. In battle, he wields a one-handed sword and is able to fuse together with the Seraphim in a process called Armatization. 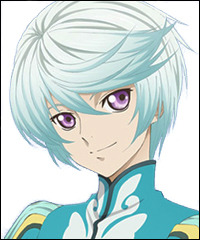 "So what are you asking me to do? Stand around behind you and twiddle my thumbs? I didn't come along just to be a liability for you!"

A young Water Seraph who was raised together with Sorey from childhood, being his closest friend as well as his rival. He wields a staff and water-based seraphic artes in battle, and is the party's main healer. His true name is Luzrov Rulay, which means "Mikleo the Enforcer." 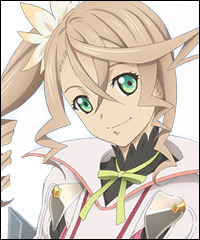 Click here to see Alisha in her DLC outfit. 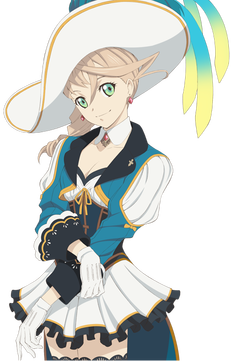 "You didn't even know who I was, and you helped me without asking anything in return."

Alisha is a princess to the Hyland empire. Due to her mother's low status and the decreasing importance of the kingdom's monarchy, she is treated poorly by the royal family, and has dedicated her life to that of a knight in order to serve her country. Although initially unable to see and interact with the Seraphim, she gains the ability to do so after entering a pact with Sorey to become the Shepherd's squire. She wields a long spear in battle. Her true name, given by Sorey when she made her Squire's Pact, is Melphis Amekia, which means "Alisha the Smiling". In her DLC she is given a new name, Isylvia Amekia, meaning "Alisha the Tearful". 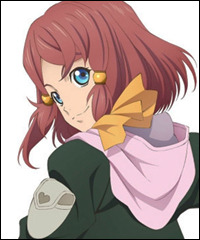 "I'll work it out somehow! That's what I promised!"

A very sociable young human woman, who often sets the mood of the group. She's the boss of the Sparrowfeathers merchant guild and possess high resonance with the Seraphim, becoming able to armatize with them immediately upon making the Squire's Pact with Sorey. She wields twin daggers in battle, and is capable of Armatization. After the Final Boss, she succeeds Sorey and becomes the Shepherd. Her true name, given by Sorey when she made her Squire's Pact, is Wilkis Wilk, which means "Rose is Rose." 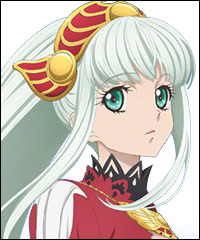 "I've waited long for this moment. For one who is pure of heart and free of corruption. A shining vessel to whom my words will reach."

A Fire Seraph who has been residing in the Shepherd's legendary sword, waiting for a person who has the qualifications to wield it. She forms a contract with Sorey and guides him into his journey to become a Shepherd. She also forms pacts with Mikleo, Edna and Dezel, granting them the power to purify hellions and armatize with Sorey. Lailah fights with book pages and Fire-based seraphic artes. Her true name is Fethmus Mioma, which means "Lailah the Pure." 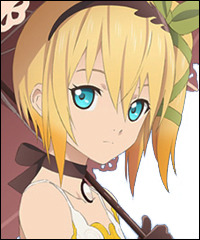 "I despise earth-dwellers. Self-centered, emotional...But when they need something, it's 'Oh dear seraphim, heed my prayer!' Heed this, morons."

An Earth Seraph who dislikes humans and has been living alone on a sacred mountain. While often apathetic, she likes to poke fun at other people with her words, and becomes emotional when talking about her older brother. She fights with her parasol and Earth-based seraphic artes. Her true name is Hephsin Yulind, which means "Early-Bloomer Edna." 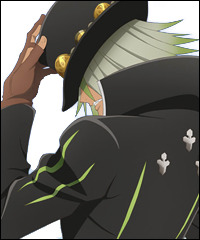 "Know this. We may be working together, but if you get in the way of what I need to do, there will be problems. Shepherd or no."

A Wind Seraph who lives in the shadows of human society, acting at his own accord. He wants to take revenge on the Hellion for having killed his close friend. In battle, he uses Wind-based seraphic artes and a pendulum as his weapon. His true name is Lukeim Yurlin, which means "Dezel with Unclouded Eyes." 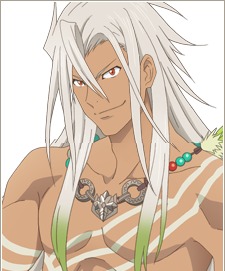 A Wind Seraph who is continuously searching for Hellion to hunt. He's known to make wise cracks and hit on women, but can turn deadly when the situation demands it. In battle he uses wind-based seraphic artes and a pendulum like Dezel. His true name is Fylk Zahdeya, which means "Zaveid the Oathkeeper."