A twenty-year-old cook and Jack-of-All-Trades who lives in Elympios. His bloodline allows him to shift into the fractured dimensions, where he takes a monstrous form using an ability called Chromatus. His special ability is Weapon Shift and allows him to freely switch between three different weapons in combat, each with their own moveset. His Support Skill, Mirror, lets him copy the Support Skill of his Link Partner. 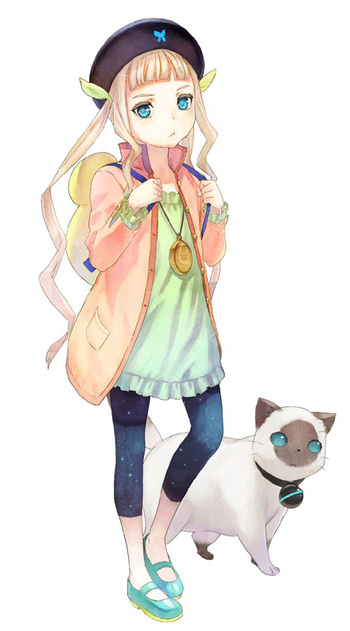 "Daddy told me a promise isn't really a promise unless you pinky-swear on it."

An eight-year-old girl who seeks a way to Canaan, a mythical land that grants wishes, in order to save her father. She does not participate in battle.

Ludger's pet cat, who has a reputation for being the "boss cat" of his neighborhood's critters.
Milla (Fractured) 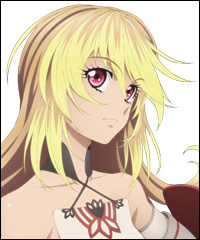 An alternate version of Milla Maxwell from a timeline where her mission was accomplished when she was only six years old. Thus, she was no longer required to have the power of the four Greater Spirits, and grew up Nia Khera as a human under the care of Muzet, who was blinded helping Milla complete her mission and denied re-entry to the spirit realm by Maxwell, and takes her anger out on Milla. This version of Milla has an obstinate and prideful personality that pushes people away, resulting in her having no real friends.

Her special ability and support ability are the same as her Prime Dimension counterpart. 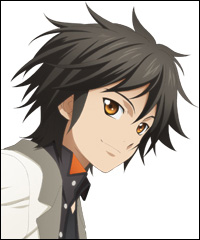 "I seem to have a knack for encountering weirdness. The Four Great Spirits. The Lord of Spirits. And now this."

A medical graduate who went on to become one of the world's leading researchers into Spyrite technology. 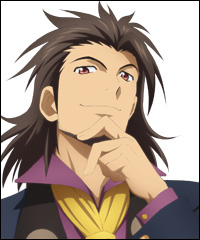 A mercenary who is trying to turn legit after a lifetime of shady activity. He works as one of the founders of a small startup company in Elympios, alongside his old ally Yurgen. 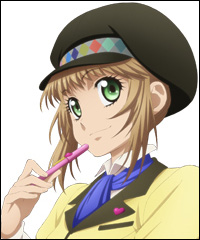 "Think of me as a truth-catcher. It's an honorable job!"

A former nurse-in-training who now works as a junior journalist at a Elympios newspaper. 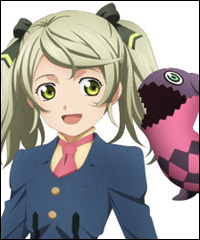 A schoolgirl who was visiting Elympios on a school trip with her friends. Teepo is the name of her floating puppet, a Booster that artificially increases her magical ability. 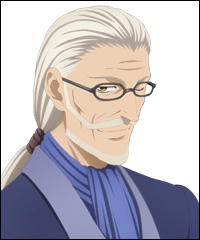 "At my age I have little time for regrets. I will give this cause everything I have."

A former military strategist known as the Conductor. He now acts as the Prime Minister of Rieze Maxia, working alongside Gaius to promote peace with Elympios. 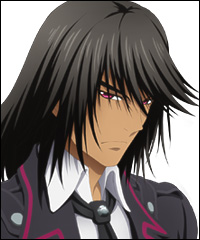 "If you continue to fight alone, the isolation will consume you someday."

The king of Rieze Maxia. He is currently travelling around the world incognito under his birth name, Erston Outway, seeking the opinions of the common citizen. His special ability Retribution lets him guard and counterattack with a powerful strike. His Support Skill Chivalry bolsters the attacks of his Link Partner, reducing TP consumption, adding knockback and making every attack act like it hit an elemental weakness. 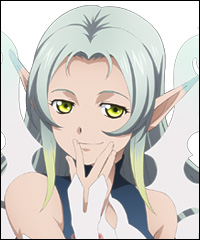 "I am your sister, for better or worse."

A Greater Spirit who possesses the power to cut through dimensions, and also Milla Maxwell's older (non-identical twin) sister. She has traveled from the Spirit World to the Human World to search for Milla Maxwell, who has vanished from the Spirit World. Her special ability Emergency Warp lets her teleport around the battlefield if she is knocked into the air, while her Support Skill Support Warp can be used to teleport her Link Partner out of harm's way if they perform a back-step or directly to the targeted enemy if they perform a front-step. 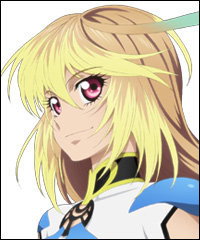 "Wherever I may live, I remain the same person. Nothing will change."

The original Milla Maxwell from Tales of Xillia, who acts as the Lord of Spirits.

"Ludger... for the sake of the world, I want you to lend me your power."

CEO of Spirius Corporation, a Mega-Corp that deals with everything from military weapons to household appliances. He tasks Ludger with travelling into the alternate worlds and destroying the divergence catalyst that threaten Elympios. 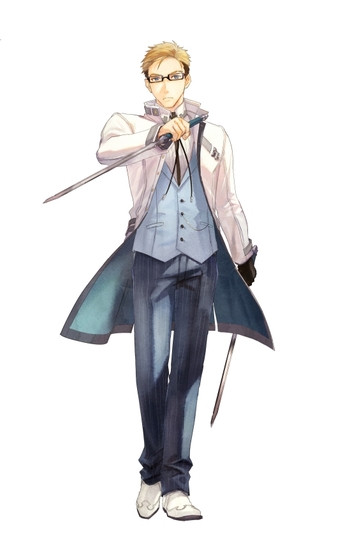 Ludger's older half-brother, who lives with him in the city of Trigleph and works as an agent of Spirius Corporation. Like Ludger, he can use the Chromatus ability to transform into a monstrous warrior.

Ludger's childhood friend, now an accountant working for Spirius Corporation. Her current job is to process the payments Ludger makes to cover his debt.

The twin sister of Nova. She works as a secretary to Bisley and contacts Ludger whenever a new parallel world is detected. 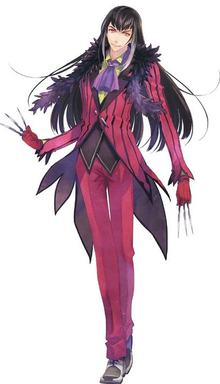 "Let us uphold the rules of the company, Mr. Ludger."

An elite medical agent of Spirius Corporation who dresses in red and black. He became famous for the development of a new wonder drug, though there are rumors that he is involved in the trade of illegal medical technology, fueled by his obsession with acquiring wealth and fame.

A returning character from Tales of Xillia. After losing to Jude during the events of Tales of Xillia, Ivar wandered aimlessly around Elympios until he was found by Bisley and offered a job as an agent for Spirius Corporation.

WARNING: These characters are all Walking Spoilers with a long list of endgame details that can't be discussed without spoiling their identities. As such, these folders will have unmarked spoilers. You Have Been Warned! 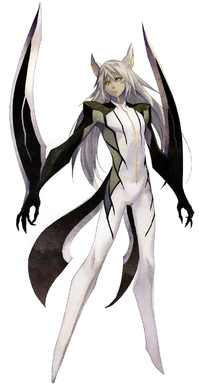 "I will show you that there are things in this world that cannot be destroyed."

One of the three Prime Spirits, the first three Spirits to ever have existed (along with Maxwell and Origin). He is the Great Spirit of Time and guardian of the Land of Canaan in the Human World, and involved with both the emergence of the parallel worlds and the powers of the Kresnik bloodline. 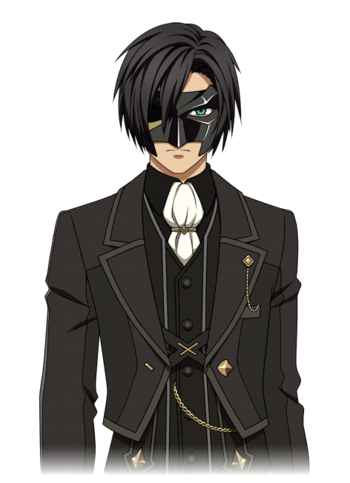 Elle's father, who sent her to find the Land of Canaan. He is an older version of Ludger from an alternate world, and holds the final Waymarker of Canaan within himself.

One of the three Prime Spirits, Origin is the Great Spirit of the Void and the judge of the Trial. He exists in the Land of Canaan, where he guides humanity's cycle of reincarnation. Unfortunately, the aforementioned souls release a sinister energy called Miasma, which, while not fatal to him, places him constantly in an incredible amount of pain as he guides humans into their new lives.