Characters / Tales Of Berseria Other Characters 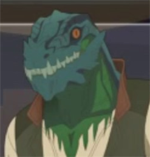 Dyle is a sailor from Hellawes, originally born in Beardsley. He was part of the Flamestone Ore smuggling operation, but the shipguild framed him as the sole responsible party. When the guild tried to kill him, he turned into a lizard demon and left Hellawes. He wants revenge on the guild, and gets recruited as an experienced sailor for Velvet's group. 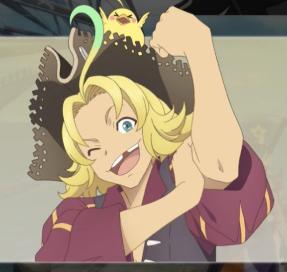 The leader of the shadow guild Bloodwing Butterflies hidden in Midgand's capital. 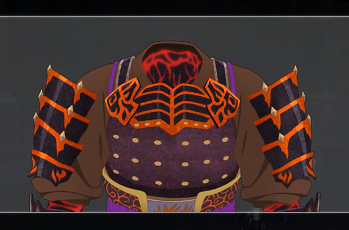 A blacksmith that became a Daemon ages ago in his attempt to surpass the god blade Stormhowl, forging countless blades he dubbed Stormquell to one day surpass it.

A young girl that turned into a tree Therion daemon. She regains her reason thanks to the party. 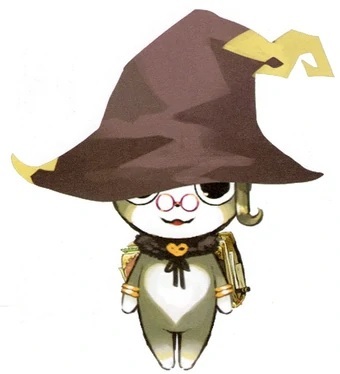 A gray Normin Malak who the party meet and journeys with them on the Van Eltia. 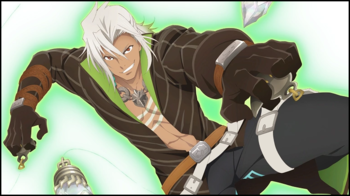 A wind Malak formerly enslaved by the Abbey until Van Aifread freed him. He travels around opposing the Exorcists while trying to free Aifread.

The prince of Midgand, who fled the capital after releasing his pet bird turned Therion.

A devout lady in Hellawes who condemned the Abbey for killing her Daemon turned daughter.

Orthie & Russ
The two pet dogs of Niko, who can fuse together into a single Therion Daemon.
Silva (Silver)

A Malak formerly enslaved by the Abbey. Silva travels with Velvet's group for a time.

A Turtlez the party keeps bumping into when traveling inside long dungeons.

A Normin who intrudes into Eizen's and Edna's personal lives and takes it upon himself to rectify Eizen's apparent mistreatment of his sister.

The younger brother of Velvet and Celica. His tragic death marks the start of Velvet's quest for vengeance.

The older sister of Velvet and Laphicet, and the wife of Artorius. Her death on the first Scarlet Night sets in motion the tragedy of the second Scarlet Night.

The childhood friend of Velvet. She transformed into a werewolf daemon and died on the Scarlet Night.

WARNING: Each of these characters is a Walking Spoiler. 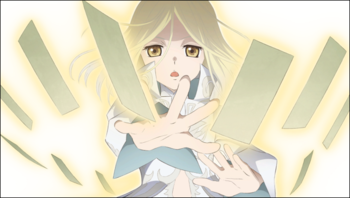 The Nameless 5th Empyrean that predates Maotelus of Zestiria. He incarnated on the world after receiving two human sacrifices, with the second becoming his Malak vessel.

Claudin Asgard is known to have been one of the earliest Shepherds (in Zestiria), as well as an exorcist, who used his powers to end the Era of Darkness, unite the central continent to form the Holy Midgand Empire, and usher in the Era of Asgard. Claudin was the mentor of Artorius Collbrande.

Those Who Came Before

The Seraphim that reside in the heavenly realm that all earthly seraphimnote Malakhim in Berseria are descended from.