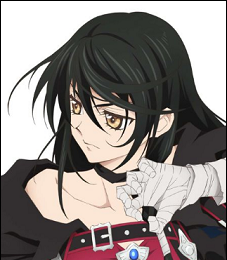 Voiced by: Rina Sato (JP), Cristina Valenzuela (EN)
"But even in the depths of despair, only two things mattered to me. The taste of blood-soaked flesh... and revenge upon one man."

Originally a kind and family-oriented girl, Velvet became a vengeful woman fueled by hate due to the traumatic events she went through on the Scarlet Night three years prior to the events of the story. She fights with a blade mounted on her right-hand gauntlet, her feet, and her left arm as a daemonic weapon to devour daemons, humans, and malakhim alike. 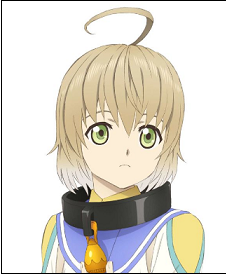 Voiced by: Azumi Asakura (JP), Amber Connor (EN)
"It just seems too lonely for her to bear all of it alone."

Originally dubbed "Number Two," Laphicet is a young, innocent malak who has never known freedom since his creation. Through his travels with Velvet and company, he eventually develops a mind of his own. He fights using sheets of paper to channel his malak artes. 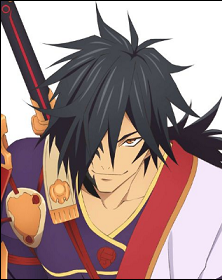 Voiced by: Daisuke Kishio (JP), Ben Diskin (EN)
"This blade is my life. I owe you a great debt, one I vow to repay."

Once a samurai of the renowned Rangetsu clan, Rokurou is now a daemon who retained his sense of reason, and accompanies Velvet in her journey in order to repay a debt to her. Despite carrying a longsword he claims to be his life on his back, he wields dual blades in battle. 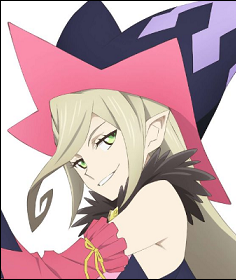 Voiced by: Satomi Sato (JP), Erica Lindbeck (EN)
"I suppose you'll never understand. People can be so miserable. Not that it matters, really."

A self-proclaimed witch who does as she pleases, and whose loyalty is as flimsy as her numerous claims of great life deeds. Despite her chatty and eccentric persona, there seems to be something more sinister about her. She uses guardian dolls that can freely change size in battle, along with fire and water artes. 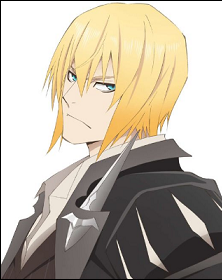 Voiced by: Toshiyuki Morikawa (JP), Taliesin Jaffe (EN)
"I bring ill fortune to all those around me. The "Reaper's Curse". If you join up with me, I can't guarantee your safety."

The first mate of Aifread's pirates and Edna's older brother, Eizen is one of the few free malakhim wandering in Midgand. He inflicts a curse of ill fortune on all those he accompanies, thus he is known as the Reaper. He wears bracelets to enhance the power of his fists and kicks in combat. 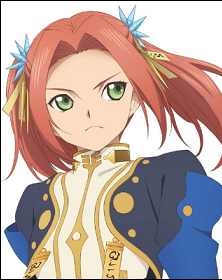 Voiced by: Ami Koshimizu (JP), Erica Mendez (EN)
"I won’t turn a blind eye to the consequences of my actions. I chose this path to seek the truth, not to deny it."

A naive, idealistic, but powerful exorcist with an unwavering drive to protect humanity from the dangers of daemons. Despite her affiliation with Abbey, she eventually joins Velvet in order to learn the truth behind the organization and the daemons. She wields a spear in battle. 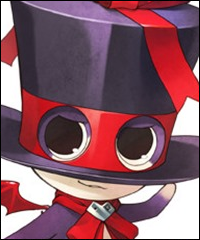 An Abbey Malak that stands out for having his own free will, first seen accompanying Eleanor. He has a history with Magilou.