What Pokemon: The Three Relics lacks in the department of a coherent overarching plot, it makes up for with a plethora of characters. The bulk of these are original creations of the authors, but as it is set within the existing Pokémon universe, characters from said world frequently appear. Some of them are reoccurring cameos, while some have had major influence on the plot. As an unofficial work, and the relatively bare characterization of them in the canon, some elements of their personalities and motivation are created or altered. 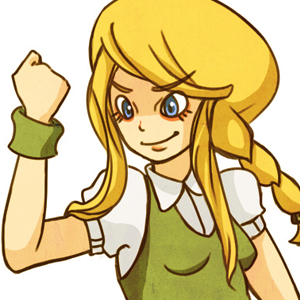 Tears and hugs can solve every problem under the sun when you're this determined. 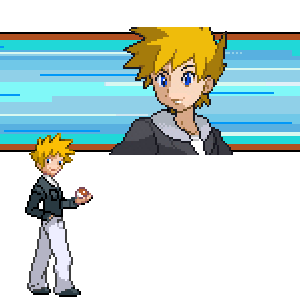 "Fine. If you really must know, my parents own the yacht. It's brand-freaking-new and fully paid-off. Happy now!?" 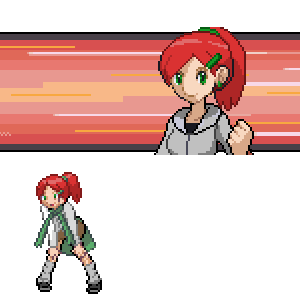 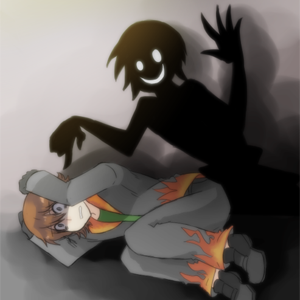 What's that? This is based off of a kid's game? HAH!

"It’s strange. You never question what you see first. It’s your initial image, your comfort. When something changes, you lose that comfort, that stability. You struggle to maintain that balance. You claw at that fleeting normalcy you’ve created in your mind, which fades, never to be seen again. It is only then that you realize that it was never there to begin with. How we cope with that change determines who we are. Should we accept it and try to move on; the thought ever present, nibbling at the back of our mind, or should we reject it? Deny that it happened? Change is an illusion, an internal inconsistency. Nothing truly changes because we never stop thinking long enough to let it"
-Mike reflects on his spiral into madness.

Written by: Mikallen
Mike is a small-town boy from Lavaridge who seems to constantly draw the short stick in the lottery of life. When he was a young boy, he fell head over heals in love with the young Flannery, which sort of...consumed his entire life. It was a completely healthy longing. Maxie, the leader of Team Magma, saw this and decided to use it to his advantage. Promising him a safer world for his beloved, he had the young boy work for him and steal the Red Orb (an ancient relic that helped contain a powerful Pokemon: Groudon). On the eve of Mike's 14'th birthday, Maxie released Groudon, causing the city of Lilycove to be nearly destroyed. Mike saw hundreds die in front of him as buildings crumbled and waves washed over the city. Overwhelmed by horror and guilt, Mike fled back home, where for the next few years, lived in constant paranoia of everyone finding out his involvement in what was now known as the Lilycove Incident. Over that time he slipped further into madness, soon being tormented by a creation of his own mind: Milo. Milo, appearing as a phantom, constantly assailed the boy with grief over his misdeeds. Eventually, unable to take it anymore, he fled to Kanto, disguising his trip as the usual Pokemon adventure. All worked out fine for a while, but soon his past caught up with him. Unable to take anymore of it, Mike completely snapped, going through an almost entire personality override as his entire life crashed and burned around him and he struggles with Milo's increasing hold on him.
Mike's Pokemon
Charizard "Nitro"
Cloyster "Shiver"
Steelix "Titanium"
Breloom "Portabello"
Magnezone "Proton"
Typhlosion "Felsic"
Ampharos "Beacon"
Crawduant "Xanthos"
Magmortar "Napalm"
Omanyte "Camerae"
Kecleon "Powalski"
Torkoal "Vesuvius"
Litwick "Pumpkin"
Shuppet 'Puppet' 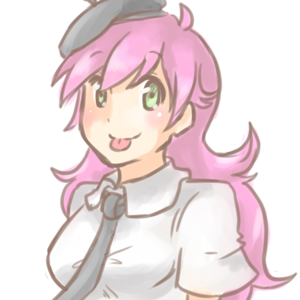 "I'm sorry, Keegan. You must s'hink I'm a spoiled brat crying because I didn't get my way."
"Yeah, you're a bit spoiled, but it's part of your charm."
"You're such a gentleman."
-Keegan displays his expert social skills

Written by: Mikallen
Alexandra 'Sasha' Jennings Beauchamp IV was a girl born into riches. Her family has been the long-time owners of a large chain of hotels in the Kanto region, of which Sasha is next in line when her father retires. Unfortunately for her stuffy parents, Sasha is a bit too young and free-spirited for that right now. Rather than piano lessons, she likes the drums. Rather than ball-room dancing, she prefers the club scene. That isn't to say she's unable to act with class and refinement, she just prefers not to. Her biggest goal was to become a Pokemon trainer, but her parents wouldn't allow it. It soon came as a tremendous shock to all that in a fit of youthful fervor, Sasha ran away from home to begin her Pokemon journey.
Sasha's Pokemon
Lanturn 'Ampoule'
Ninetales 'Kitsune'
Golem 'Pierre'
Cacturne "Prickles"
Marill "Omelette"
Fearow "Roulette"
Maractus Samba 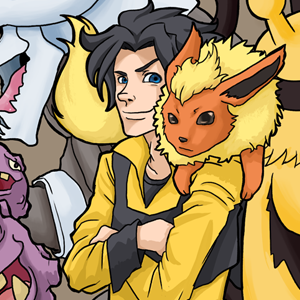 I'm such a workaholic! I can't live without workahol! 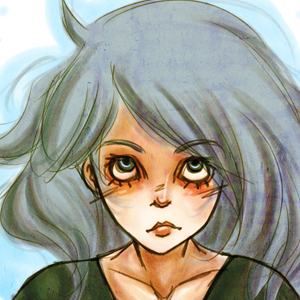 What do you get when you piss of an already emotionally unstable psychic? Dead. 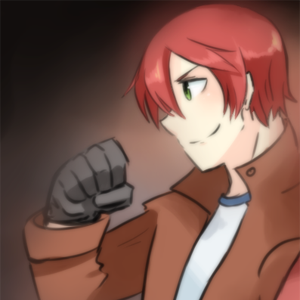 It's what happens when Squall Leonheart is your spirit animal.

"Well, everyone screws up now and then. But I've found it's best to just laugh it off. And if that doesn't work, laugh at someone who's screwed up even more than you have."
-Keegan's attempt to cheer up Riza.

Written by: Andragoran
The son of Lavaridge town's most prestigious Pokemon Breeders, Keegan grew up knowing the value (and annoyances) of a hard day's work. The work however, was not without its rewards. Growing up surrounded by skilled Pokemon caretakers led Keegan to have extensive knowledge on how to raise and train Pokemon. His two best friends growing up were Mike Kyoka and Flannery Moore, whom Keegan spent endless hours with. This friendship would be tested when Maxie, head of Team Magma, approached the two boys and tried to recruit them. Keegan saw through Maxie's ploy, but unfortunately his friend did not. This caused a rift between the two that would deeply affect Keegan. After that, he chose to become absorbed in his chores and seclude himself from the world around him. After befriending a newborn Vulpix whose breeder never showed up to claim, Keegan decided it was time for him to set out on his own Pokemon journey.
Keegan's Pokemon
Ninetales "Helios"
Manectric "Themis"
Arbok "Loki"
Golduck "Althena"
Golem "Tierra"
Walrein"Shiva"
Swellow "Artemis"
Kangaskhan "Moeder"
Skarmory "Alvero"
Grovyle "Pan"
Arcanine "Eithne"
Axew "Hades"
Camerupt 'Boris'

"You see, Red?" she called out, locking her icy blue eyes with his emerald ones, "do you see how she stands up for him, protects him, and loves him, even when he's clearly in the wrong? Talk about standing by your man. To think that all this time, you've been the rebound man, the second-choice. The lesser option. Runner-up. Tsk. It's such a shame, the way she's played you, taken you for a fool. Tell me, Red. Has she ever told you loved you?" - Mai again.

"The way you talk, it's like you have women lining up out the door to date you!" Mike said with a taunting cackle. "Pretty mighty talk for someone who spent the majority of his life defining the word 'unlikable prick'." - Milo 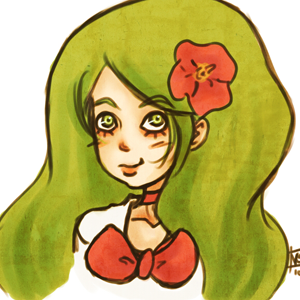 How can she possibly be related to Keegan? 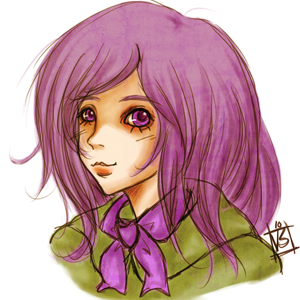 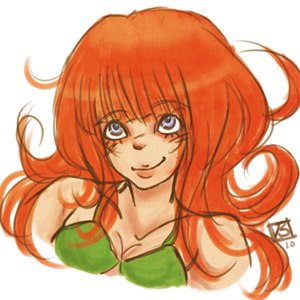 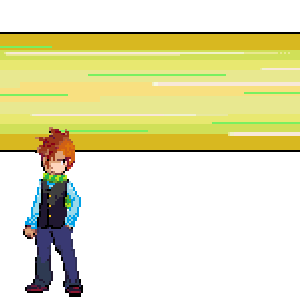 That hair has seen some dark times. 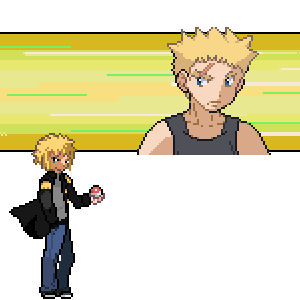 "All that matters is absolute power. The power to protect what you want and destroy anything that opposes you. Don't have it? Then you're expendable. Get lost."
What a charmer. 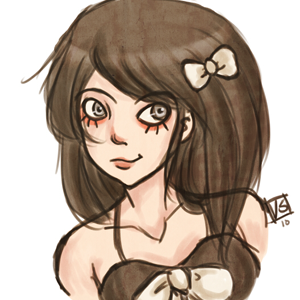 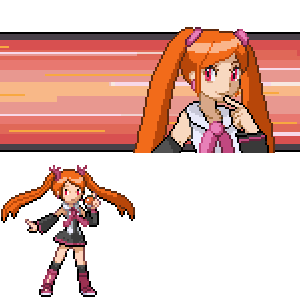 Spin fast enough and you might take off, girl. 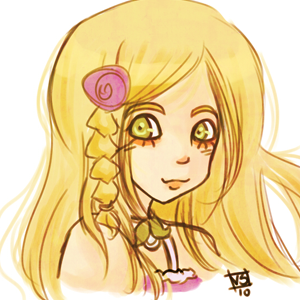 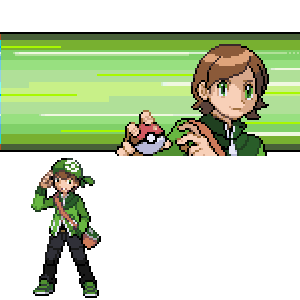 What? That money-filled wallet with not my name on it? I uh, found it that way. 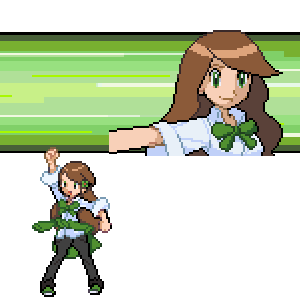 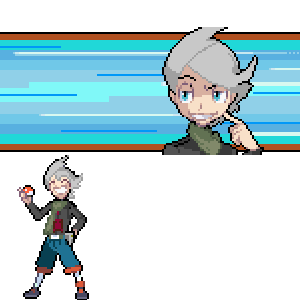 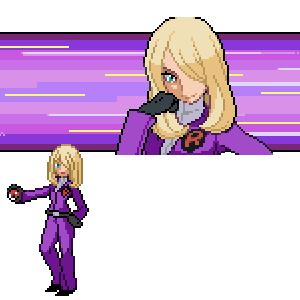