The characters of Sym-Bionic Titan. 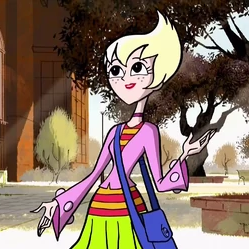 The princess of the planet Galaluna, Ilana is sent to Earth alongside Lance and Octus for her protection against Modula's forces, disguising themselves as students in Sherman High School. She is compassionate and well-intentioned, but her naivety of human ways causes the student body to label her a "doofus." Ilana and her armor system Corus is the "heart" of the Sym-Bionic Titan. 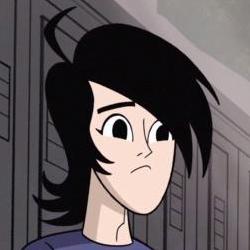 Voiced by: Kevin Thoms; as a child by Elan Garfias (in "Shaman of Fear") and John DeVito (in "Shadows of Youth").

A Galalunian soldier and Ilana's bodyguard. Lance is labeled as a "bad boy" at school when he unintentionally draws all the girls' attention. He is not one to back out of a fight and is very protective of Ilana, easily mistaking anything as a threat to her. Lance and his armor system Manus is the "body" of the Sym-Bionic Titan. 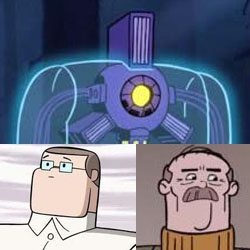 A bio-cyberneric robot sent alongside Ilana and Lance. Octus's hologram disguises include "Newton" when he's in Sherman High School; and Ilana's and Lance's "Dad" outside of school. He is intelligent, but is considered a nerd by Sherman High School students. Octus is the "mind" of the Sym-Bionic Titan. 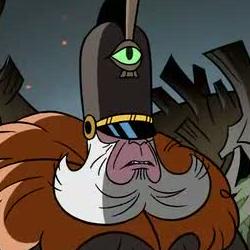 The series' main villain and the driving force that caused Lance, Ilana, and Octus to flee Galaluna, Modula is a sort of dictator who controls a group of aliens called the Mutraddi. Because he is too busy conquering Galaluna for himself, Modula sends a giant monster every so often to kill the princess and stop any possibility of rebellion against him.

The King of Galaluna and Ilana's father. Being held hostage by Modula.

A former classmate of Lance. 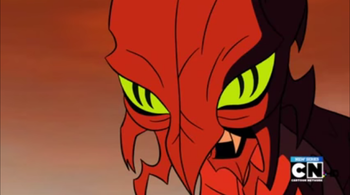 One of the first intelligent Mutraddi creatures that General Modula sends to Earth. 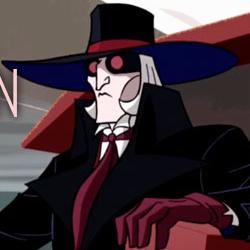 An enigmatic individual affiliated with a group known as the Galactic Guardians. His ambitions, motivation, and alignment remain to be seen, although to date he has typically served only to play as the voice of reason against the heavy-handed tactics of General Steel. Both his fighting style and the technology he uses are Galalunian in origin, a mystery that has yet to be explained. 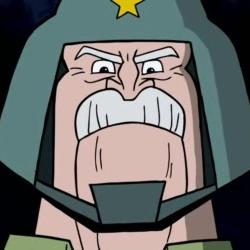 A decorated military officer whose unit is the first to encounter Ilana and Lance after their decent to Earth. He has deep contempt for the Titan once it becomes known, and openly encourages people to assume it to be a menace. He's also stubborn as a mule, refuses to listen to the advice of his subordinates, and never takes responsibility for his mistakes. Openly detests Solomon. 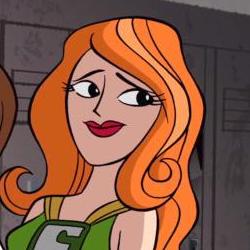 The captain of Sherman High's cheer squad. When she is first introduced she behaves like a stereotypical mean and shallow popular girl, but it's really all just an act. She first reveals her true nature to Newton and, to everyone's surprise, falls in love with him. The two have been dating ever since and so far she has no idea that he's really a robot. She is similarly oblivious to Lance and Ilana's secret identities, though their behavior makes her suspicious at times.

Jason
Voiced by: Will Friedle

A fellow classmate of the Lunis family at Sherman High, Ilana first meets him at the Ballad of Scary Marry trying to open a soda bottle. They hung out more often after that but their relation is up in the air after she stood him up at the homecoming dance during Under The Three Moons.

Another student bad boy attending Sherman High and is the amicable-EX of Kimmy Mysner. He comes off as a bruiser and a himbo which is coined by Kimmy's girl friends but shows a bitter jealousy towards Newton fro stealing his girl in Chase's mind. Admittedly, he might not have been the most sincere boyfriend he thought he was to her.

Tashy 497
A creature sent to destroy the Earth.
Muculox
Voiced by: John DiMaggio

Another Mutraddi sent to capture Ilana.