This page lists characters from the Light Novel series Suppose a Kid from the Last Dungeon Boonies Moved to a Starter Town and its adaptations.

Beware of spoilers below.

The main character, an unremarkable fifteen-year-old boy from the strongest village in the world. 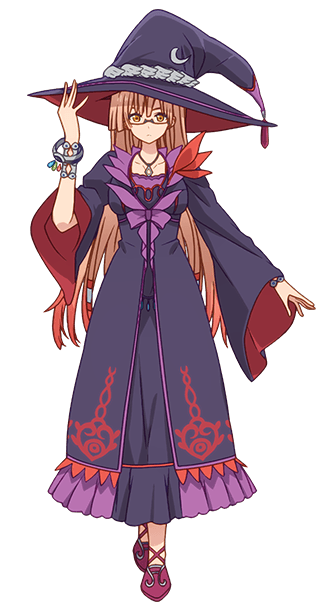 A young witch that lives by herself, making a living on the east side of the city selling potions and acting as an information broker. Alka sent Lloyd to live with her. 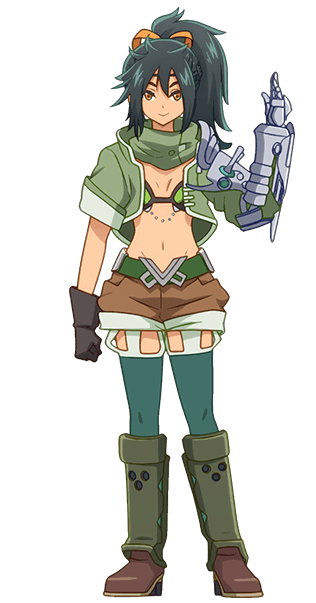 A mercenary with a mechanical arm that seeks to join the Azami military to clear her criminal record and earn cash. 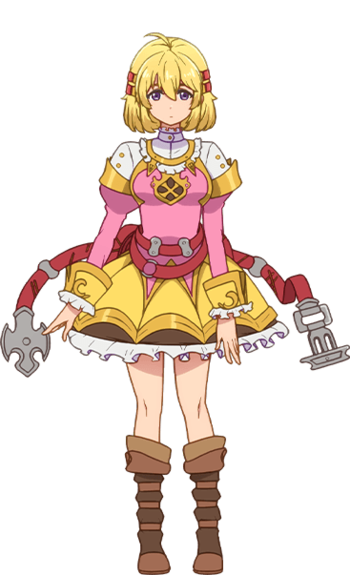 A young rural noblewoman with a mysterious curse that forces her to wear a belt on her head. After Lloyd unwittingly removes the curse, she falls in love with him. Madly.

The Officers Academy of the Azami Army

The students and staff of the military school that Lloyd and much of the cast attend.

An Azami nobleman from the countryside. He's famous for his numerous victories in tournaments and joined to become a proud and decorated officer of the military.

Micona Zol
A second-year upperclassman at the Academy, with an extreme vendetta against Lloyd.

A high-ranking officer within Azami's military, hoping to recruit skilled soldiers for the war that's threatening to break out with the Ziou Empire.

The owner and sole employee of a mediocre cafeteria near the officers' academy, who hired Lloyd as a part-time hand, and soon become the owner of one of the most popular and highly-rated eateries instead. Though he's been honorably dismissed from service for over 5 years, he's never let his fighting skills dull any.

A rival military school that has defeated Azami multiple times over the past several years.

One of the two Mercenary Sisters of Rokujou Academy.

The second of the two Mercenary Sisters of Rokujou Academy

The headmistress of Rokujou Academy and a former friend of Riho.

A luxurious hotel just outside of the royal capital of Azami, especially popular with nobility visiting from outside the city.

Coba Lamin
The owner of the hotel. He is the former head of the Azami Guards and a friend of Chrome Molybdenum.
Kikyou
A worker at the Reiyokaku Hotel.

King Azami
Marie's father and the king of Azami.
Threonine Lidcain
Allan's father. He is a serious man who is constantly troubled by his son's antics; he tries his best to make Allan a more worthy successor to the family name.
Minoki
Lord Threonine's butler.

Eug
A member of Dwarven royalty, and an acquaintance of Alka's.

The villagers of a remote town on the edge of the human territories, on the line between it and demon lands. They're all descended from legendary heroes who saved the world the first time around and are all ridiculously powerful. 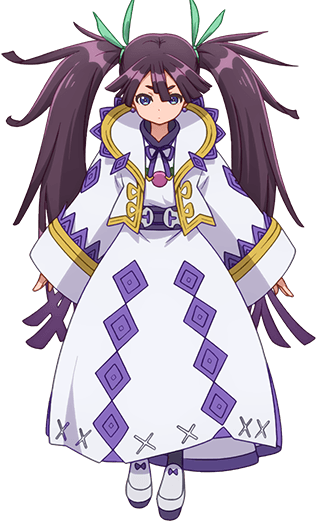 The mayor of Kunlun, Alka is one of the most ancient and powerful mages in the world, although she looks like a pre-teen girl. She enjoys teasing her former student, Marie, and has a perverse attraction to Lloyd.

Lloyd's friend from the village who he sees as an older brother.

One of the divine beasts who acts as the protector of Kunlun.

Pyrid
An elderly member of Kunlun known for his hand-to-hand fighting prowess.

A demon lord scheming to take over the Kingdom of Azami.

A villain posing as a priest that is conspiring against Kunlun.