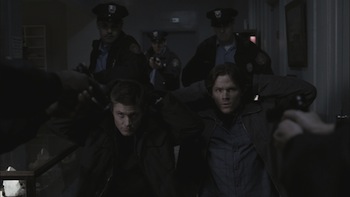 "Since when have the Feds started tracking zombie activity?"
- State Trooper Jack in "Remember The Titans" (S08, Ep16)

While Sam and Dean frequently imitate law enforcement agents ranging from Park Rangers to Homeland Security, they also frequently find themselves in trouble with the law. Dean was first taken into custody during the Pilot, and this will not be the last time one of the Winchesters brothers is in handcuffs. The brothers usually escape the long arm of the law fairly easily, but some law enforcement officers end up being worthy foes or valued allies. 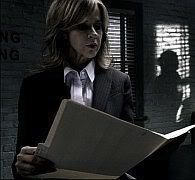 "Look, I just want you guys out there doing what you do best. Trust me, I'll sleep better at night. Listen, you need to watch your back. They're gonna be looking for both of you right now. Get out of here. I gotta radio this in."

Detective Diana Ballard is a detective in Baltimore, Maryland,

who arrests and interrogates Dean and Sam after Dean is found at the scene of Karen Giles' murder. She is initially skeptical of Dean's claims of supernatural activity, but she ends up aiding the Winchesters after Claire Becker, a death omen, appears to her. She realizes that her partner and lover, Detective Pete Sheridan, is behind the murders and allows the brothers to escape. Portrayed by Linda Blair. Appears in "The Usual Suspects" (S02, Ep07). 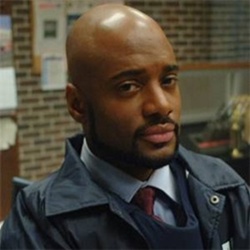 "Well, guess what? Life sucks, get a helmet. ‘Cause everybody’s got a sob story, but not everybody becomes a killer."

FBI Special Agent Victor Henriksen is assigned to catch fugitive Dean Winchester (and later his brother Sam). He thinks they're both murderously insane, but acknowledges that they're crafty as hell and manages to get them into custody twice, the second time ending in his death shortly after learning the truth about the supernatural. Portrayed by Charles Malik Whitfield. First appears in "Nightshifter" (S02, Ep12).

"When I was little, I would come home from church and talk about the Devil. My parents would tell me to stop being so literal. I guess I showed them, huh?" 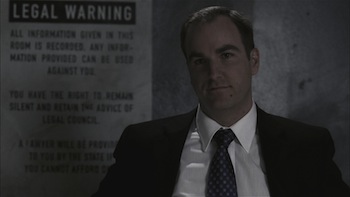 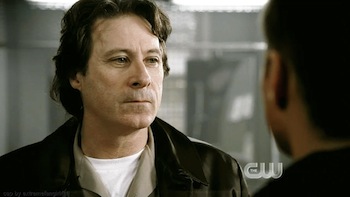 "Boys, uh... I can't thank you enough for this. I know it was asking a lot but you still came through. Your daddy raised you right."

Deacon served in the Marine Corps with John Winchester during the Vietnam War, and is now the Warden of Green River County Detention Center near Little Rock, Arkansas. He asks Dean and Sam for help when strange deaths start occurring in his prison. Portrayed by Garwin Sanford. Appears in "Folsom Prison Blues" (S02, Ep19). 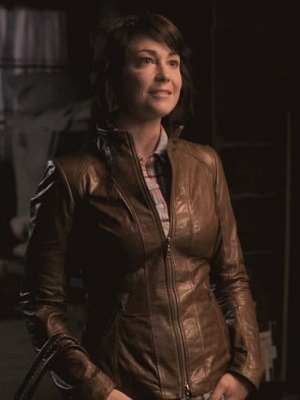 Sheriff of Sioux Falls, South Dakota and several other smaller towns. Jody is a friend of Bobby's and helps him cover up hunter related activates in the area. She also turns to Sam and Dean whenever she gets a case that she suspects has supernatural elements. 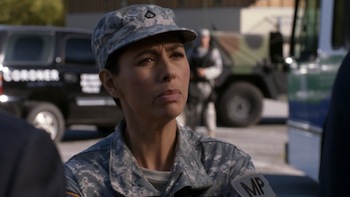 "Listen, kid, I don't have to do anything. And I don't take orders from the Feeb. So unless you can give me one good reason you got a couple of pretty-boy agents poking around my crime scene, I'm gonna put them in cuffs and spank your ass raw, understand? "

with the bodies of 3 people who have fatal wounds, but the wounds appear quite old. Portrayed by Carmen Moore.

First appears in "The Purge" 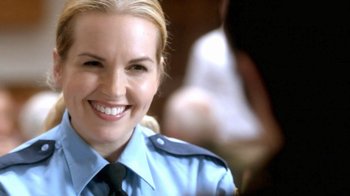 Sheriff of Stillwater, Minnesota, she first meets the Winchesters while they're hunting something that sucks the fat out of its victims. Months later she tries to make friends with Sheriff Mills, ultimately succeeding, and through her meets Sam and Dean again, this time learning about the supernatural as well.

Doug Stover
Played By: Brendan Taylor
Donna's deputy and boyfriend.
Deputy Kathleen Hudak
Played By: Jessica Steen
A Minnesota deputy who the brothers work with in Season one against the Bender Clan.

Sergeant Joe Phillips
Played By: Eric Schweig
A Dodge City policeman who works with the Wincehster's to catch the killer of his nephew.
Sheriff Barrett Bishop Jr.
Played By: Steve Boyle
Thee Sheriff of Tomahawk, Wisconsin.
Agent Rick Sanchez
Played By: Stephen Lobo
The president's head secret Service Bodyguard at a time when, unfortunately, the president happens to be possessed by Lucifer.
Agent Camp
Played By: Norman Browning
The Head of a government Black Site.