open/close all folders
Angels In Supernatural 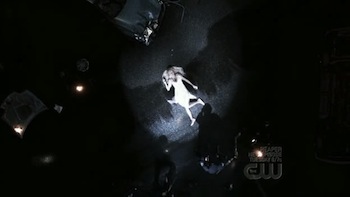 An angel found murdered.
Dean: I thought angels were supposed to be guardians—fluffy wings, halos... you know, Michael Landon, not dicks.
Castiel: Read the Bible. Angels are warriors of God. I'm a soldier.

Angels were created by God with grace instead of a soul, as faithful servants without free will (supposedly). The Holy Host was organized in a military-like hierarchy. Most angels continued to obey orders from their superiors without question even though only a few angels had ever seen God, and God Himself seemed to have been absent from Heaven for a long time. The true physical form or voice of an angel is so overwhelming to humans that it will usually injure the human. In order to interact with humans, angels take vessels after obtaining permission from the person whose body they will occupy. The angels communicate to each other in the Enochian language

Castiel has his own page

For Michael, Lucifer, Raphael, and Gabriel, see the Archangels' page.

For Jack, see the Nephilim's page. 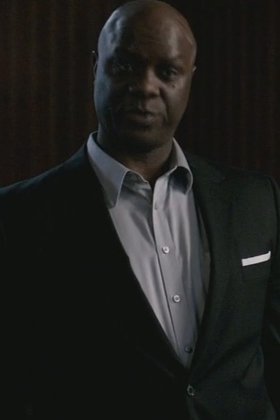 "Always happy to do some smiting."

Uriel is a "specialist" and Castiel's subordinate before the latter is demoted in "On the Head of a Pin". He is prejudiced against humans (and demons, but who isn't?) because he finds them inferior to angels. First appears in "It's the Great Pumpkin, Sam Winchester". 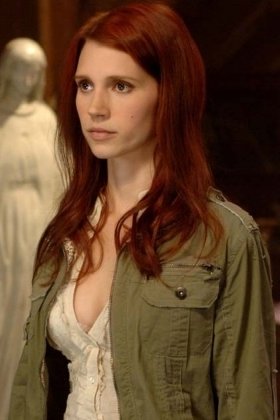 "It's time to think for yourself."

Anna Milton is Castiel's and Uriel's fallen ex-commander who wanted to experience life as a human before the Apocalypse rolled in. With the combined forces of Heaven and Hell after her, she looks to take back her grace so she can protect herself. Anna first appears in "I Know What You Did Last Summer". 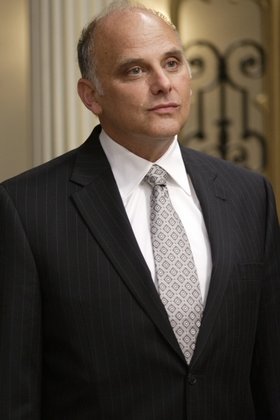 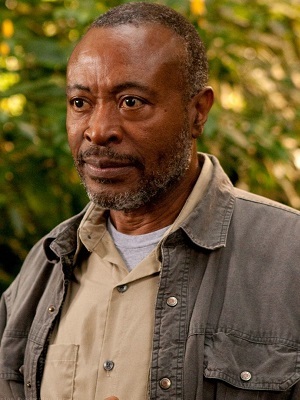 "Look, fire me if you want. Sooner or later, He's going to come back home, and you know how He is with that whole wrath thing."

Joshua is an angel who tends Heaven's garden. He is also the one angel who has kept in contact with God in His absence, and he announces that God will not intervene in the Apocalypse. 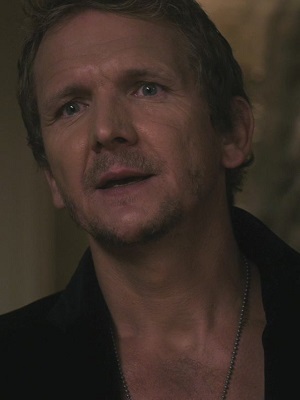 "Sorry, you have me confused with the other angel. You know, the one in the dirty trenchcoat who's in love with you? I...don't care."

A former ally of Castiel's. His response to the averted Apocalypse was to grab a bunch of valuable weapons, fake his own death and live it up on Earth while Heaven descended into civil war. When the war comes to Earth, he ends up on Team Cas — then Team Winchester when he decides Castiel's endgame is too risky. 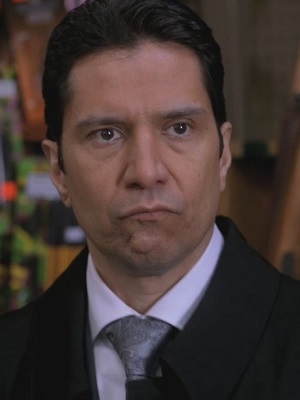 Weapons keeper of Heaven and one of Raphael's top hitmen, sent to find Balthazar and the key to his stolen weapons cache. Balthazar uses the Winchesters as decoys and throws them into a parallel universe where they're all fictional characters. Virgil follows, but is horrified to discover a world with no magic. 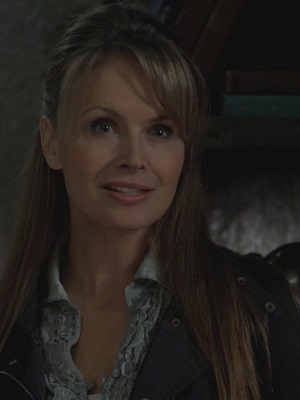 "But you beat the Archangels, Castiel. God brought you back. He chose you, Cass...to lead us."

A friend of Castiel who became one of his first followers and lieutenant during the war in Heaven. 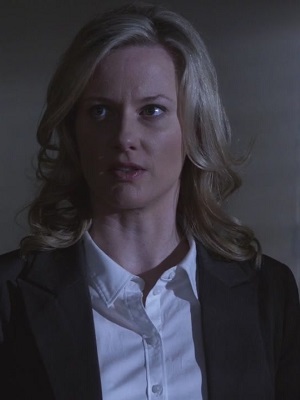 A angel who took over the garrison following the civil war. She leads a group of angels who seek to isolate and protect Kevin after he becomes a prophet. 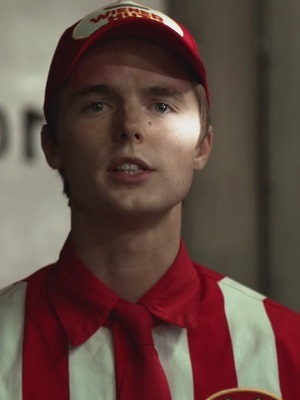 "We protect the word of God."

Rank in Heaven: Lieutenant to the Archangels; Purveyor of Heaven and Head of Intelligence. 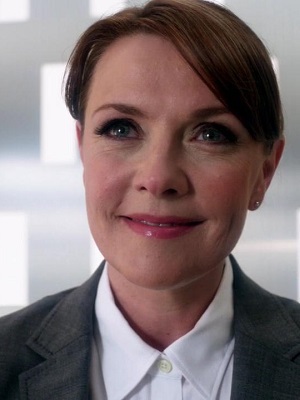 "You will report in to me regularly, and you will never remember having done so." 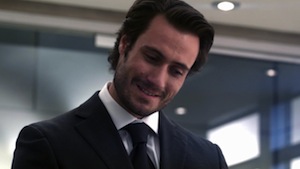 "You soldiers, down in the garrison, at least they let you believe the lie. Upstairs, working for Naomi, working in Intelligence, we had no option but to live in the dirt. She never reset me completely. I always knew too much, I had to... I had to do my job."

An angel who worked under Naomi in the intelligence department of Heaven, but is actually a double agent for Crowley. 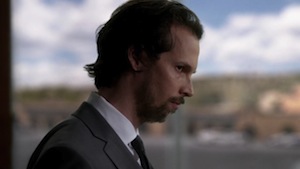 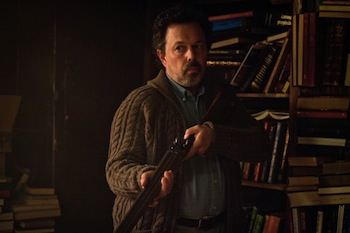 "When you create stories, you become gods of tiny, intricate dimensions unto themselves."

Metatron worked in the secretarial pool of Heaven until God chose him as His Scribe. God had Metatron create the Word, tablets with instructions on His creations. After God disappeared and the Archangels started scheming to take over the universe, Metatron realized they would need the Word of God, and therefore him, to do this, so he fled from Heaven and lived with the Two Rivers Tribe in Colorado, asking that the tribe give him stories as tribute.

Metatron remained isolated from the events of Heaven, Hell, and the world, until Sam and Dean visit him, attempting to find out what the third Trial is to close the gates of Hell.As it turns out, going to him leads to something else entirely.

Rank In Heaven: Guardian of the Garden of Eden; Fallen Angel. 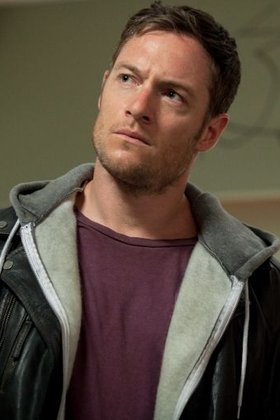 Spoilers! Click here to see Ezekiel in his other vessel. 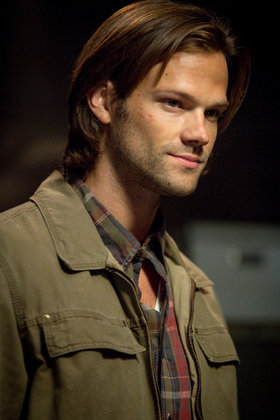 "Believe it or not, some of us still do believe in our mission. And that means we believe in Castiel...and you."

Ezekiel (revealed to be Gadreel) is a warrior angel who was injured when he fell to Earth after Metatron cast all the angels out of Heaven. He was able to take a vessel and answers Dean's prayer to help in healing Sam. He finds that Sam is so damaged that he must possess Sam and heal him from the inside. 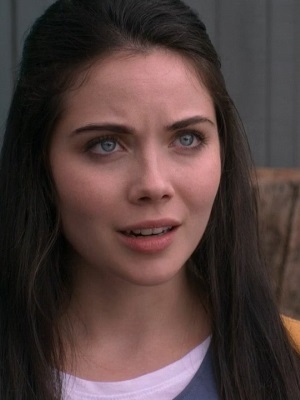 "It was a normal day, and then just...dark. And then I was just...falling. How could that happen?"

Hael fell to Earth after Metatron's spell, and meets Castiel. She seems excited about visiting the Grand Canyon, which she made during her last visit to Earth, and exploring free will. She took the vessel of a young woman, who is unable to contain her, and wants to take Castiel as her new vessel. 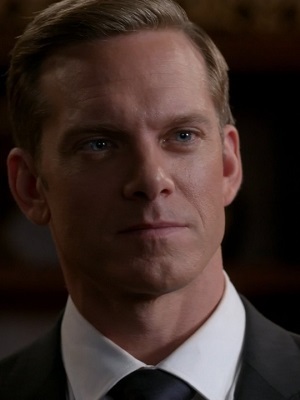 Bartholomew is the leader of a secret faction of fallen angels searching for new vessels. To this end, he's made an arrangement with the Reverend Buddy Boyle, a TV minister who preaches openness to the Heavenly Host. He is also directing the search for Castiel.

Rank In Heaven: Healing specialist with the Rita-Zien 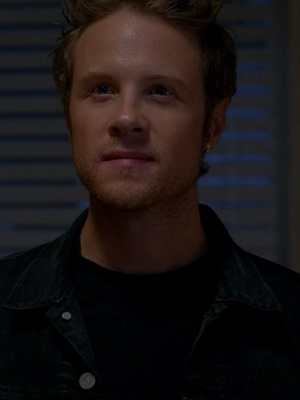 Ephraim was a member of the Rita-Zien, a specialized corps of war angels who cured the wounded and ended the suffering of those beyond help. Once banished to Earth, he starts a campaign of killing humans who are in pain and despair, starting with his meatsuit's wife. 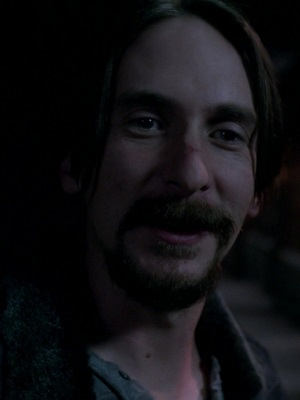 Rank in Heaven: Unknown, but referred to as "The Anarchist"

Malachi is the leader of a faction of angels seeking to rule the Heaven all of them were evicted from in the Fall. His side is in a bitter rivalry with Bartholomew's. 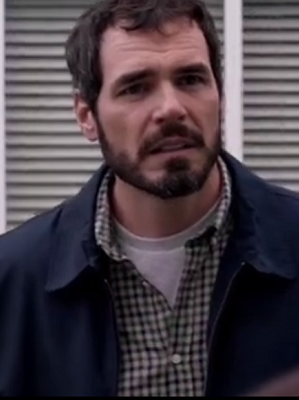 Abner was a prisoner in Heaven for 700 years, during which he befriended Gadreel and was tortured by the guards, including Thaddeus. Upon falling to Earth after Metatron works his angel-banishing spell, he possesses an abusive husband and lives happily with the man's wife and daughter.

One of the guards of Heaven who tortured Abner and Gadreel. The latter kills him for it with his own weapon. 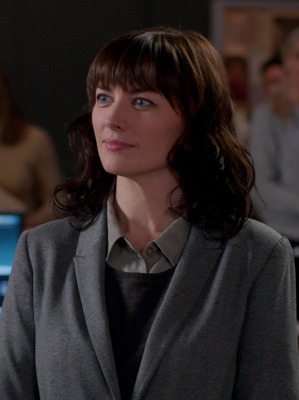 A angel who fell to Earth after Metatron banished all angels from Heaven, she eventually met Castiel and worked with him to return the angels to Heaven and defeat Metatron.

Ishim is a powerful angel and flight commander Castiel once served under.

Ishim: I'm gonna help you. I'm gonna cure you of your human weakness same way I cured my own –- by cutting it out.
Kelvin

A subordinate of Joshua who offers Castiel a chance at redemption.

One of the less than a dozen angels left in the universe by Season 13, like most of her brethren she wants to do anything to restore Heaven's glory.

An angel who used to work as a soul counter in Heaven before the Fall of the Angels. She is working as a faith healer named Sister Jo when Lucifer arrives to steal her grace before she convinces him to instead rule Heaven.