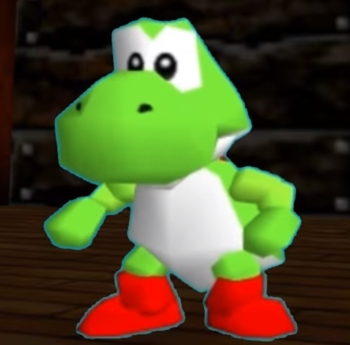 A green dinosaur who often resides on the roof of the castle. He can be a nice guy... or a wallet thief/drug dealer, unless he's the one being drugged, that is. His personality seems to wildly vary with every episode he shows up in. 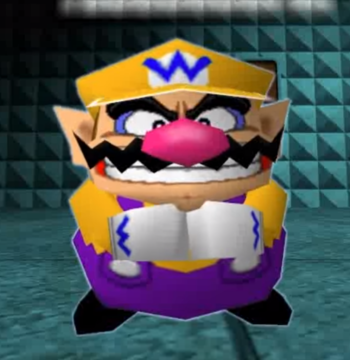 Mario's greedy arch-rival who starred in "The Wacky Wario Bros." episodes for a while alongside Waluigi. He loves money. 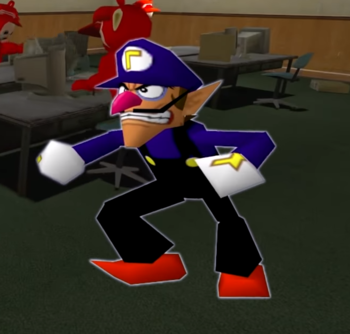 Wario's friend/ brother. Also the arch-rival of Luigi who starred in "The Wacky Wario Bros." episodes alongside Wario. The main villain of the "Waluigi Arc". 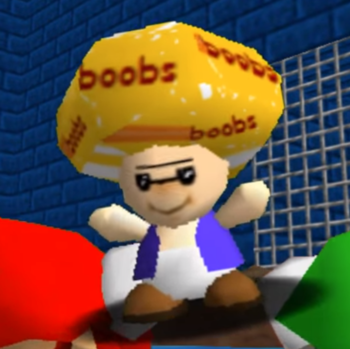 A yellow Toad with the word "boobs" written all over his cap. He is X's mentally unstable "roommate."

First appearance: "Toadsworth's How to - princess"
Voiced by: Charles Martinet 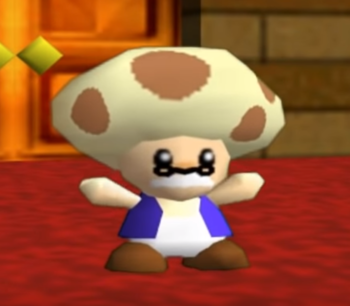 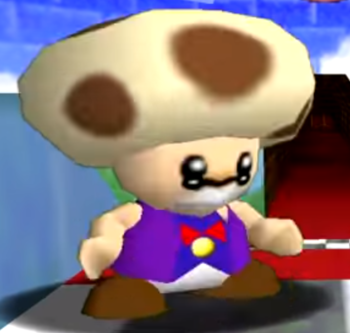 An old Toad who tries to keep Princess Peach from being kidnapped.

First appearance: "the Toad, the Fat, and the Ugly" 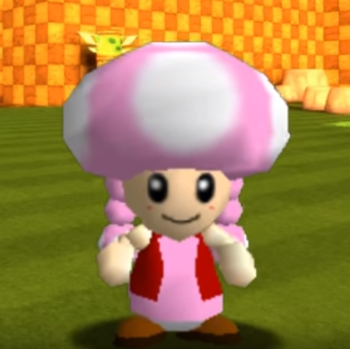 The only female Toad and Toad's love interest in "Retarded64: The Toad, the Fat and the Ugly."

First appearance: "the Toad, the Fat, and the Ugly" 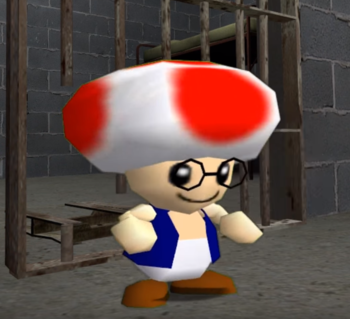 "Who wants a muffin?"
A Toad in "Retarded64: The Toad, the Fat and the Ugly" who is Toadette's other friend, and whom Toad and later Mario come to hate. 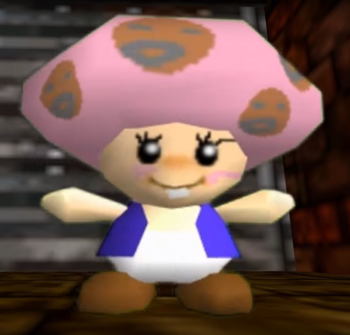 Exactly What It Says on the Tin. She appears in the "Seaside Stupidity" two-parter along with her son. Her color code was previously used when SMG4 made Toad cross-dress to show he had a girlfriend in a 2015 QnA video. 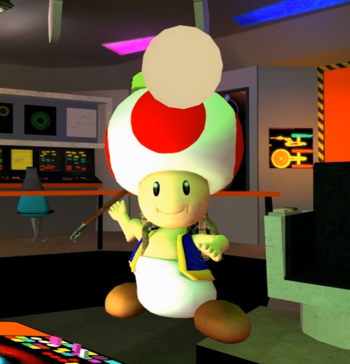 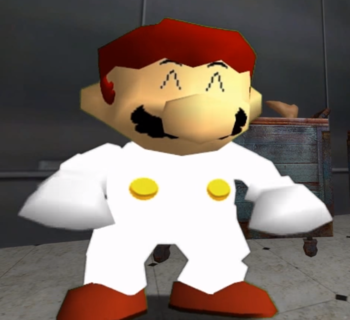 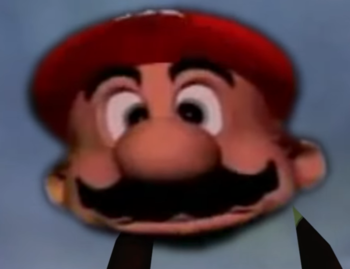 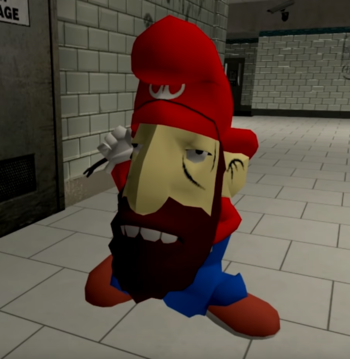 An ugly and distorted Mario clone that first appears as a "prize" from a casino machine at the casino Mario and Luigi were at. He later makes cameos and recurring appearances in future bloopers. His full name is revealed in The Grand Mario Hotel.

Yup, that Grand Dad, who Mario finds during a brief trip to the Bootleg Dimension and brings back into the Mushroom Kingdom. He later reappears in "The Grand Mario Hotel" as Bootleg Mario. 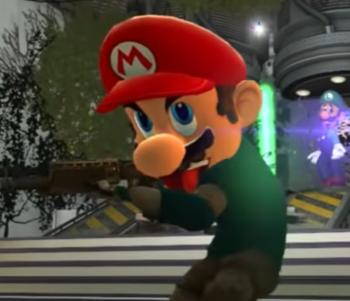 A descendant of Mario 500 years in a Bad Future where Weegee Dolls reign. He teams up with Luigi, Boopkins, and Shroomy, who were frozen for 500 years, to undo the Weegee Uprising.
JUST GO! 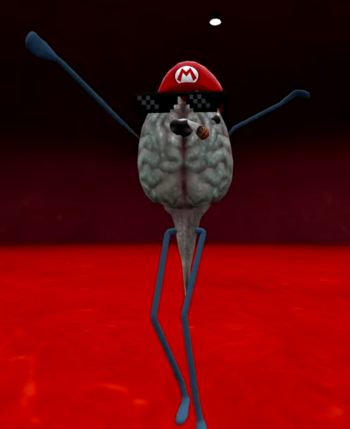 The brain of idiot Mario himself.
Other Mario Characters - Major
Other Mario series characters who have appeared a lot and played more significant roles in the series.

First appearance: "The cake is a lie!" 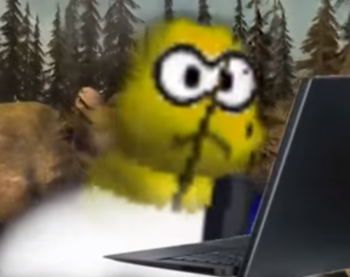 The cameraman of the series and a nerd in Mario's eyes. 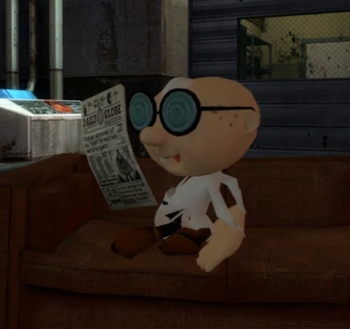 One of the main characters of Luigi's Mansion and its sequel. He started off as a bit character in early videos but has become a recurring character as of 2014.

A giant figure that made frequent appearances in the series until he had a major role in "War of the fat italians 2014" where a fan suggests he battles Mario and SMG4 on Final Destination. He is eventually defeated, giving the duo a "Weegee Board" that allows him to enter the Mushroom Kingdom. 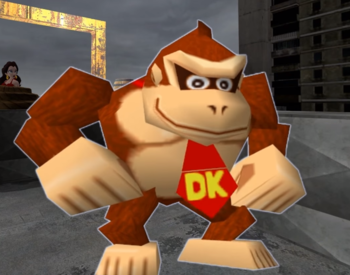 The main character of his namesake franchise who gives the Wario Bros. a run for their money. 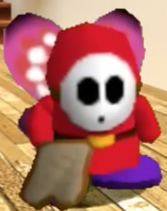 "YEAH TOAST!!!"
A toast-obsessed Shy Guy with butterfly wings who made regular appearances throughout the series until 2018.

First appearance: " the adventures of mario and luigi ep 2" 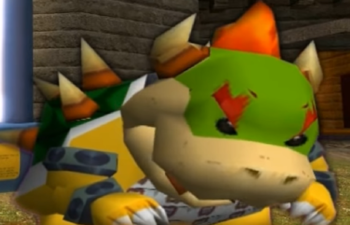 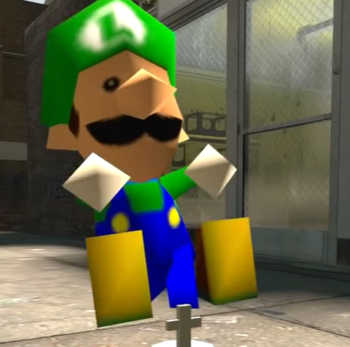 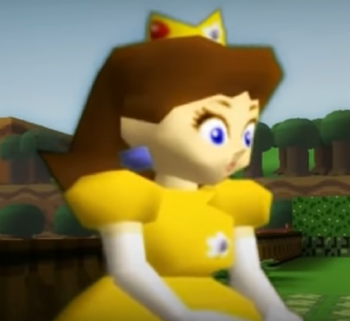 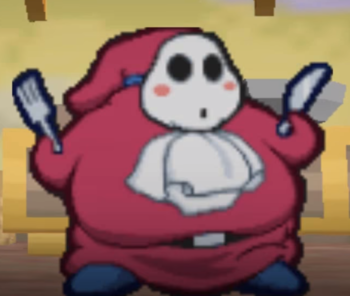 "Buttscratcher!!!"
A fat Shy Guy. His sprite is originally from the game Paper Mario. 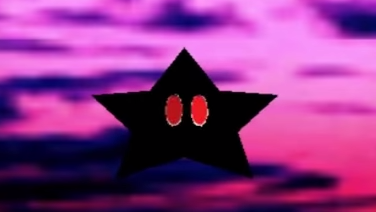 An evil star created by SMG3 and Bowser. It is the main antagonist of "Bad Stars" and the "Bad Star's Back!" 300k special. It is one of the foremost antagonists of the series. 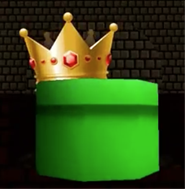 A sentient pipe who lives underground with his other pipes and was the reason pipes suddenly sprouted everywhere around Peach's castle in "Problematic Pipe Problems". 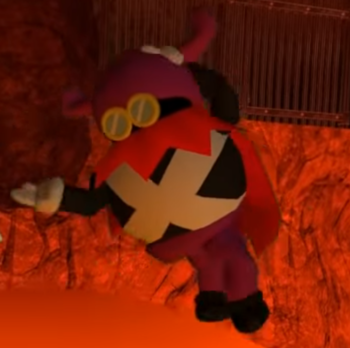 Basically Lord Crump with the Heavy Weapons Guy's voice. He was created by an item brick. Usually crosses paths with Eggman in the Sonic the derphog series, but shows up occasionally in the main Mario series as well, such as in "The Battletoads Justice Crew" and "Mighty Morphin' Mario Rangers".

First appearance: "Shoot to the Observatory in the sky"

A princess who owns the Comet Observatory and makes an appearance in "Shoot to the Observatory in the sky". A bunch of Lumas live with her. 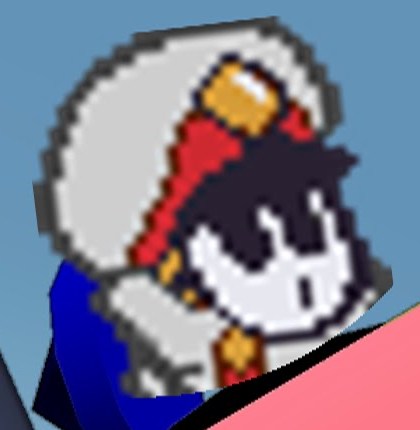 General Guy from Paper Mario under a different name. He appears in "Shy Guy Showdown" wanting to take over the Mushroom Kingdom. 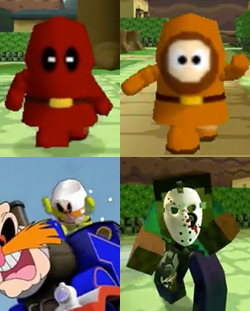 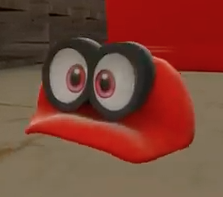 Mario's traveling companion from Super Mario Odyssey, who made his way into the SMG4-verse in the Stupid Mario Odyssey episodes. 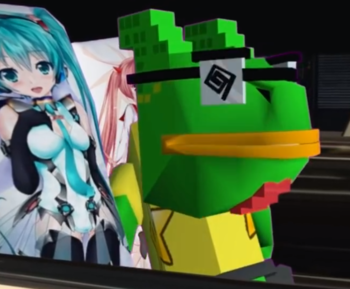 An anime-obsessed chameleon originating from Super Paper Mario. He is the boss of the anime cartel and requires the assistance of SMG4, Bob, and Fishy Boopkins to escort Saiko to Japan, however he makes Mario stay behind and make up all his lost money. He forms a temporary alliance with Mario, Axol and co. to get anime unbanned in the Mushroom Kingdom. He's also the mastermind behind the mass kidnapping of Inklings and Octolings, and plans to use their ink to power the Ink Weaver to 100%. So that he can have an island of anime wifus.