This page is about the title character of the Wario series and a major antagonist/anti-hero in the Super Mario Bros. franchise 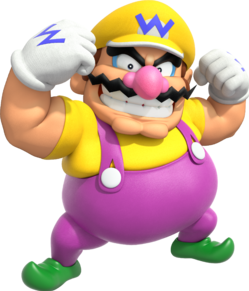 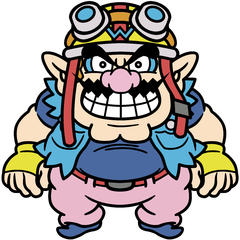 A fat, ill-tempered, greedy, treasure hunter and microgame designer who is often described as Mario's rival. Debuted in Super Mario Land 2: 6 Golden Coins as the Big Bad, but branched off with WarioWare and his own platformers; his nemesis is Captain Syrup (see below). He sticks around for the spin-offs, though.