This page lists tropes for the characters in the Sunrider visual novel series. 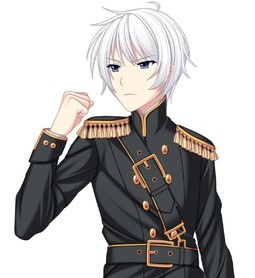 The protagonist. He has been the captain of the Sunrider for less than a day when PACT invades, forcing him to become a figure of the resistance. 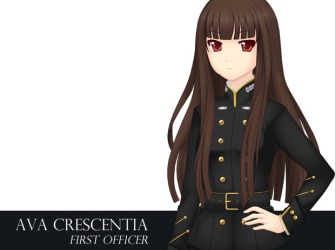 "Your orders, Captain?"Click here to see Ava as she appears in Liberation Day 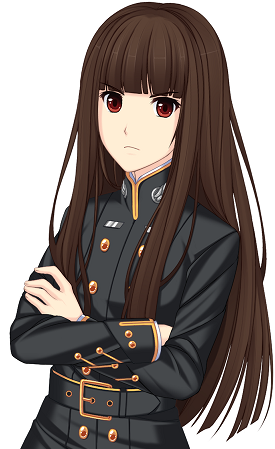 A childhood friend of the captain and one year his senior, Ava Crescentia served as an older sister figure to Kayto for much of his early life. Reunited after eight years of separation as her superior officer, Kayto’s new relationship with Ava can only be called awkward. Ava’s uncompromising professionalism is matched only by her cold willingness to do whatever is necessary to win the war. 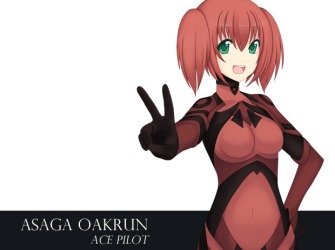 "A hero of justice!"Click here to see Asaga as she appears in Liberation Day 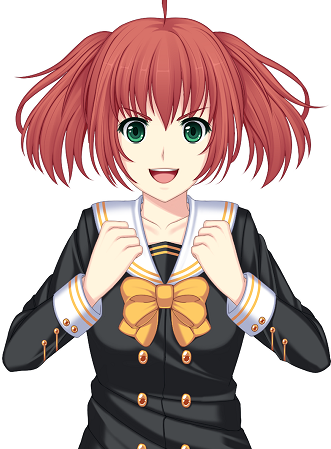 A self declared hero of justice, Asaga wanders the galaxy doing oddjobs for the cause of freedom, justice, and a little money on the side. Despite her apparent lack of maturity, she is an ace pilot and can fly as easily as she walks. She possesses an eternally optimistic disposition and has a strong “can do” attitude. 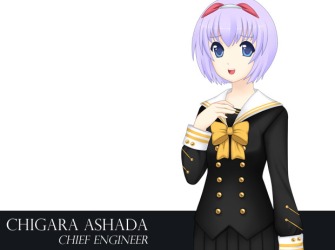 "Ah! Captain?"Click here to see Chigara as she appears in Liberation Day

Shy and bookish, Chigara prefers tinkering with gadgets over most forms of human interaction. She has a bashful but cute personality and prefers to avoid the spotlight if at all possible. However, Chigara’s savant level intelligence and her innate talent with technology places her at the center of attention. Notwithstanding her talents, Chigara’s dream in life is to open a bakery shop and assume a life of normalcy… far away from any galactic heroics. 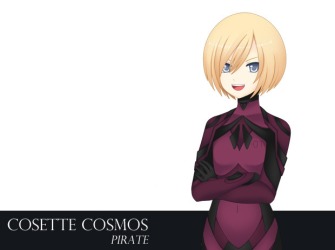 A feared space pirate, Cosette’s name is reviled through most of civilized space. She entered the life of crime starting at birth and now assumes control of much of the galaxy’s marauding pirate gangs. Despite her infamy, she is a folk hero among the poor for her brazen attacks on the richest nations in the galaxy. However, her brutal methods of retaining power and her merciless attacks on civilian vessels make her an unquestionable villain to most of civilized society. 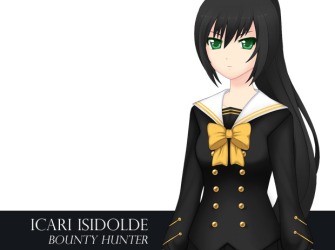 "I'm not doing this b-because I like you!"Click here to see Icari as she appears in Liberation Day 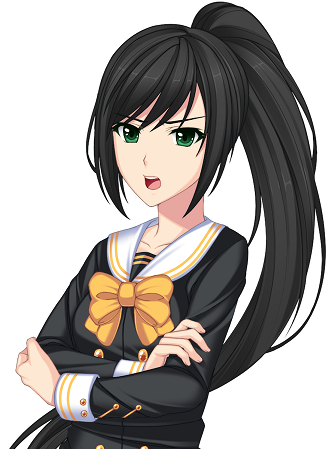 A tough mercenary from the rough quarters of the galaxy, Icari has a no-nonsense attitude about life. Icari was thrust into the harsh world of piracy when her parents were murdered by a PACT captain in her childhood. She developed a proficiency for close quarters combat and became one of the most formidable assassins in the galaxy. Her services are now sought by crime lords and world leaders alike. Icari handles the dirty business of the galaxy’s nations with a hardened heart. Deep down, she regrets the life she now leads and lives only for one purpose: to find her parents’ murderers and avenge their deaths. 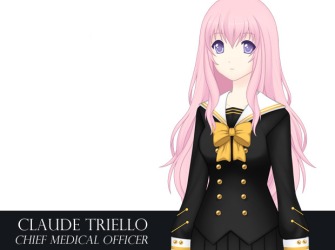 "Captain~, you better keep your eyes on me~"Click here to see Claude as she appears in Liberation Day 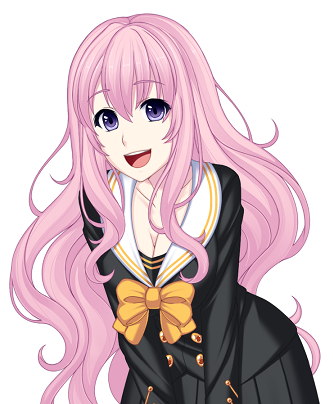 The acting medical officer on board the Sunrider. Her medical credentials seem questionable, but seeing how the Sunrider had to leave port without a doctor, she’s the best the Sunrider has. Has a few screws loose in her head, and prone to forgetting things. It seems like the only reason she’s on board is to get into the captain's pants, err... medical examinations. She’s an ostensible ryder pilot, but has issues with motion sickness and reaction times. Generally unreliable, but has insanely good luck. 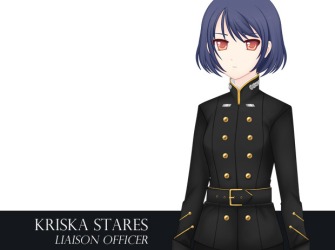 "Awaiting orders, sir!"Click here to see Kryska as she appears in Liberation Day 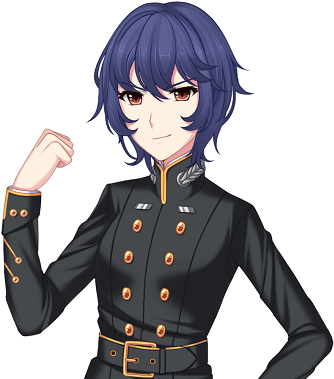 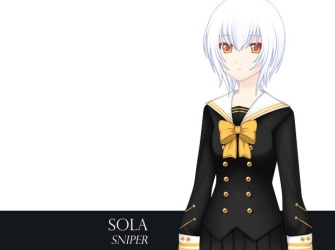 "Captain?"Click here to see Sola as she appears in Liberation Day 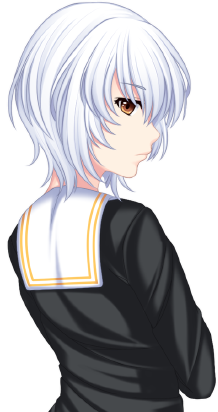 Silent, yet deadly. When the going gets tough and the Sunrider gets trapped in moments of peril, the team can always count on the soft spoken Sola to turn the tide of battle with a few well placed sniper shots - probably from behind an asteroid over 100 000 kilometers away from the action. Her accomplishments include once sniping the wings off a Ryuvian sparrow from Ryuvia’s second moon. A girl of few words, Sola keeps her distance from everyone but the captain. In battle, her aim is unparalleled by anyone on the team. 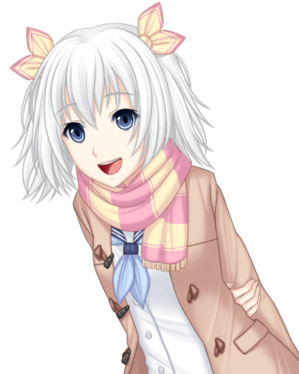 Kayto’s goofy little sister. Was killed in the attack on Cera, but plays a major role in Academy. 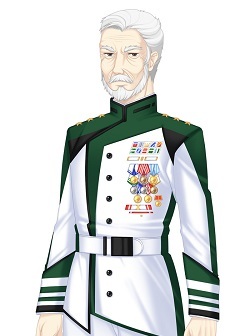 "Sit down boy, and let me show you War."

The commander of the Alliance Fleets, Admiral Grey is your main contact within the Alliance and a sworn enemy of PACT. 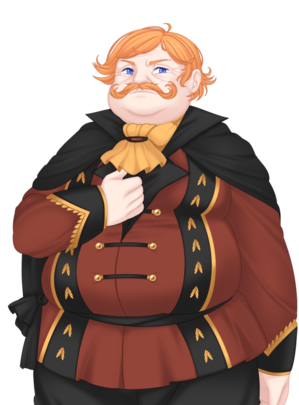 A corpulent admiral within the PACT forces, spearheading their invasion of the Neutral Rim alongside Veniczar Fontana. 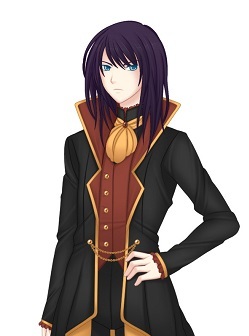 "You do not own PACT."Click here to see Fontana as he appears in Liberation Day 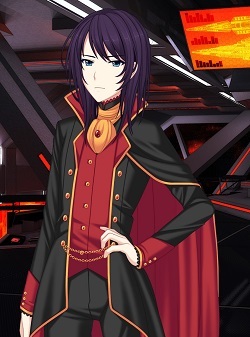 A high ranking admiral within the PACT forces, he is considered to be Arcadius’ right hand man. 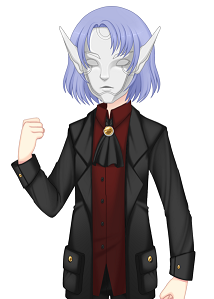 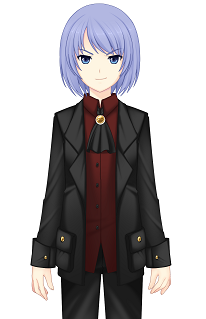 "Humanity will find no salvation from us."Click here to see true self (spoiler) 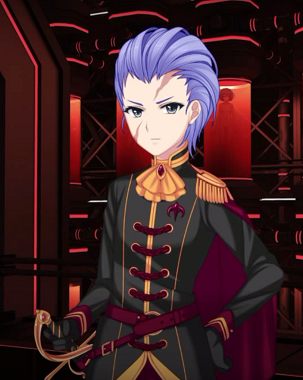 The leader of PACT, a masked former revolutionary who aspires to conquer the galaxy.

The Prototypes
The Prototypes are a race of identical vat-grown women with genetically-enhanced intelligence and a Hive Mind. They view themselves as superior to humanity and seek to control mankind from the shadows.

The following tropes apply to the Prototypes as a whole: 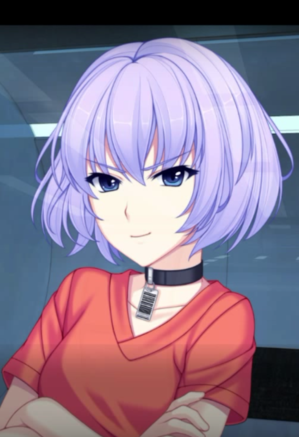 "We are all the children of Diode."

Lynn is the only one of Arcadius’s clones to survive the Battle of Helion. She’s taken captive at the beginning of Sunrider Liberation Day, but while she proves to be a valuable source of information on the Prototypes, her insinuations and uncanny resemblance to Chigara begin to spread distrust among the Sunrider’s crew… 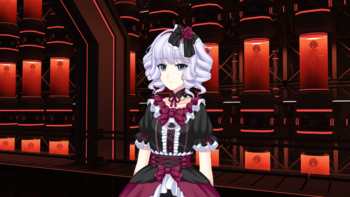 The speaker for the Prototypes. When Alpha was created, she spontaneously generated a Hive Mind, which resulted in the Prototypes rebelling against their creators and causing the Diode Catastrophe. She now is the center of the Prototypes, watching the hidden factories that produce hundreds of the clones. 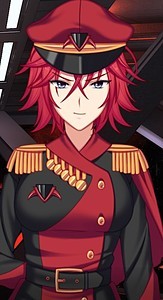 An elite female Veniczar who was exiled by Aracdius when she was disgusted with PACT's bloodshed. Introduced in the end of Liberation Day, she leads the PACT fleets once again to strike back against the Solar Alliance. 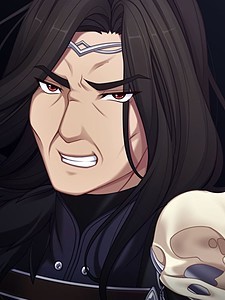 Sola's uncle, who lead a civil war within the Holy Ryuvian Empire. He's also the commander of the Ebon Fleet and tried using a time device to send his forces before the battle that would result in their destruction. Now that they're sent forward in time and their time device destroyed, he decides rebuild the Holy Ryuvian Empire in the present day.