M.Bison (Vega* His name in Japan, not to be confused with Vega (Claw)) 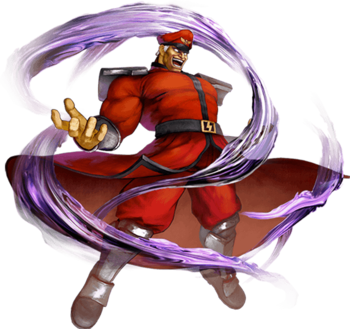 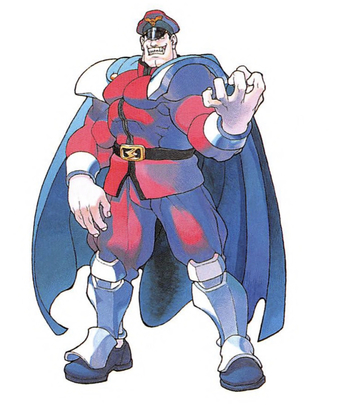 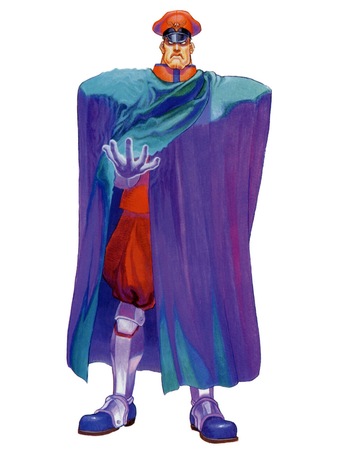 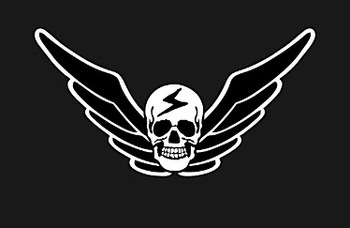 In Alpha 3, Bison has completed construction of a superweapon called the Psycho Drive; it can be used to boost his power and as a Kill Sat. He is also looking for a new body, since the Psycho Power is beginning to exceed the limits of his own. He tries to take Ryu's body by brainwashing him and setting him against his friends, but they free him, and shortly afterwards, Bison is killed — but his soul somehow survives, and eventually, Shadaloo's scientists create a new body for him (albeit a severely weakened one).

Bison hosts the Street Fighter II tournament to gain revenge on those who bested him, but before he can extract that revenge, he is attacked by Akuma. His soul survived the Shun Goku Satsu, however, and he was once again given a new body — one which would be able to hold a much larger amount of his Psycho Power (it's a combination of his Alpha and II bodies).

In IV, Bison is attempting to revive Shadaloo from behind the scenes, and the first objective in his new scheme is to eliminate the traitorous Seth. Bison returns once more in V, now with white hair and a trenchcoat variation of his signature red military uniform. Having bid his time until all the pieces were in place, he is ready to unleash his ultimate scheme and announce Shadaloo's revival with a bang. The plan's codename? Operation C.H.A.I.N.S.

Gameplay-wise, Bison embodies the very essence of what it means to be a dictator. To that end, he is designed around oppressing and bullying his opponents into submission, being armed to the teeth with powerful attacks that have long reach and are usually advantageous when they are blocked. His Double Knee Press avoids all low attacks, covers a significant portion of the screen, and leaves him generally at advantage, either by knocking the opponent down or leaving them staggered for further pressure. His Head Press and Devil Reverse form a deadly guessing game in which the opponent must quickly ascertain whether or not Bison's intention is to bait a reaction from them. His most infamous attack by far, however, is the Psycho Crusher - a full-screen attack in which Bison torpedoes himself towards the opponent wreathed in Psycho Power to inflict massive damage on both hit and block. The Psycho Crusher has gone through various changes as the series has gone on. Regardless, it usually serves as Bison's strongest option.
Advertisement:
open/close all folders
A-K
L-Z