Tropes for the characters of Storm Hawks. 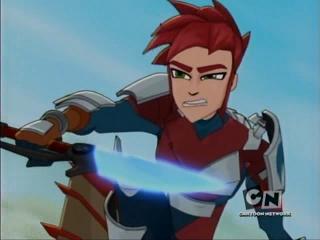 The Sky Knight and leader of the Storm Hawks. He is a direct descendant from the presumably deceased leader of the original Storm Hawks, Lightning Strike. (Fanon says they're father and son, but it's never explicitly stated in show). 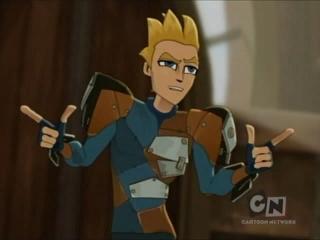 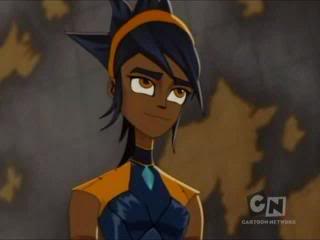 The team's only girl and a perfectionist crystal specialist. 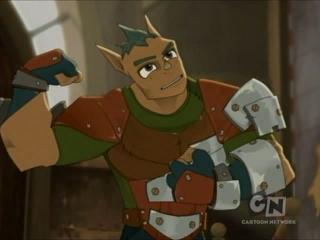 The muscle of the team and a major softie. 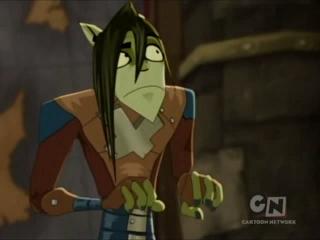 The oldest member of the team and the neurotic pilot of the Condor. 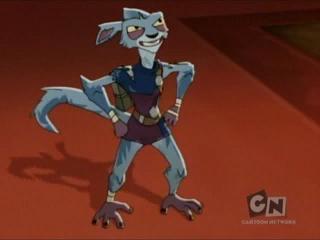 The "Mission Specialist" of the Storm Hawks who usually serves as a wing-creature for Aerrow. 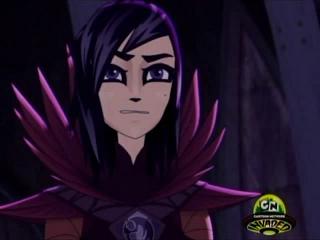 Ruler of Cyclonia and the major antagonist of the series. 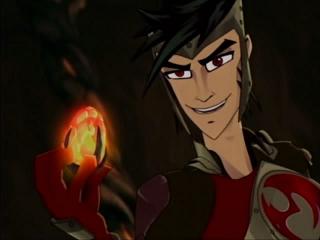 Master Cyclonis's right-hand man and a traitor to the original Storm Hawks. 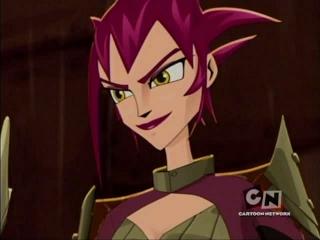 A high-ranking Talon commander, and Snipe's sister. Her plans for conquest tend to involve strategy, finesse, and the use of unique super weapons. She has little patience for failure or idiocy. 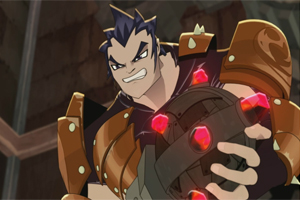 Another high-ranking Talon commander, and Ravess' brother. A brute and a slob, and none too bright, though he gets the job done through ruthlessness.

Mr. Moss's right-hand man, and in charge of animal handling.

Master Cyclonis' personal guard, they serve as her elite fighters and assassins for tasks too important for the Talons to handle.

A Talon officer, recognizable by the x-shaped scar on his cheek, who just wants to make his mark in Cyclonian history.

A young Talon cadet who joined up to escape her boring old life, only to find it not quite what she envisioned. 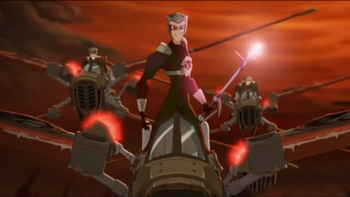 The Cyclonian rank-and-file. While said to be well-trained, it doesn't usually show when facing the Storm Hawks. 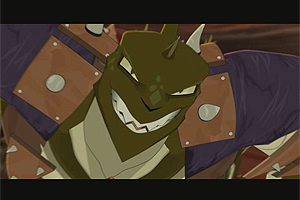 The leader of the Raptors, ruler of Terra Bogaton, and part-time lackey for Master Cyclonis.

Friends of the Storm Hawks 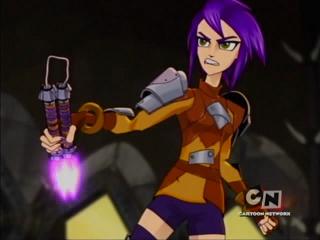 The Sky Knight of the Interceptors, a squadron that was taken down by Repton. 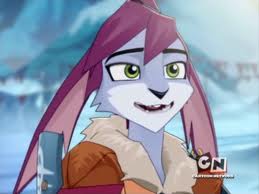 The Sky Knight of the Absolute Zeroes, the protectors of Terra Blizzaris. 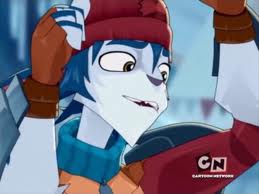 A member of the Absolute Zeroes. 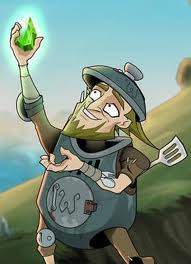 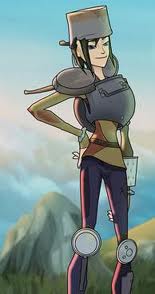 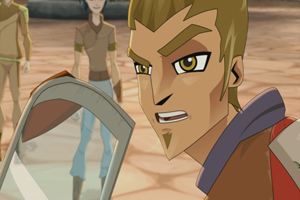 The Sky Knight of the Red Eagles, the protectors of Terra Atmosia and considered the greatest squadron in Atmos since the original Storm Hawks, until he betrays them in the first episode.

Sky Knight of the Rex Guardians, the protectors of Terra Rex, Harrier first encounters the Storm Hawks after they crash-landed with a Phoenix crystal near his home terra. He has a few more encounters with the Storm Hawks later, though usually less than friendly. 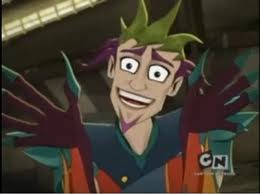 Famous, eccentric warrior-trainer. Capable of shape-shifting into a bird. One of the four remaining guardians of Atmos. 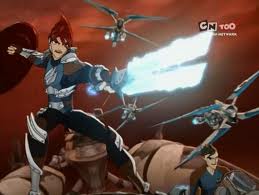 The Sky Knight of the original Storm Hawks, and Aerrow's ancestor. 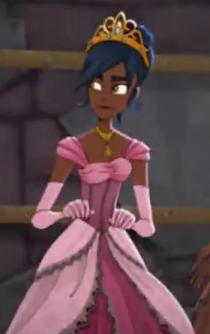 The princess of Terra Klockstoppia, a backwards terra where crystal technology is banned. She longs for adventure, but her life is run by the same strict regent who runs the kingdom.

The Colonel
Voiced by Mark Oliver

Leader of the Murk Raiders, a pirate crew that makes Terra Deep their primary base of operations.

A giant who lives on a lonely terra, mostly known for his vast vault of crystals of all sorts. Loosely affiliated with the Cyclonians.

A renowned explorer of the Atmos out to solidify his name for himself by going where no one had gone before and uncovering ancient history.

The Terradon scientists
A group of scientists forced to work for Repton. Starling and the Storm Hawks team up to free them.