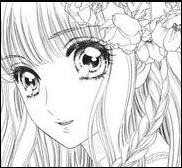 The Protagonist of the story, Sumi is a kind, motherly, compassionate, but incredibly poor girl living in the slums of Yokohama with her brother Eisuke and adopted siblings. Her life is extremely difficult, as she has no means to feed her siblings or pay the rent for her tiny house. To save her family from dying in poverty, she takes the deal Sōichirō offers her: enter into a loveless marriage with him.

As Sōichirō's wife, she tries hard to be educated and enter high society while keeping her commoner roots hidden. Because of their agreement to not fall in love with each other and her husband's coldness towards her, she initially finds herself attracted to his friend, Nozomu Ijūin . 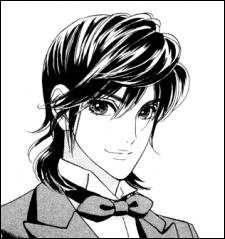 The hero of the story, Sōichirō is a young rich man and the next in line to inherit Ashida Properties. To do so, however, he must find a wife before the date set by his grandfather. For that reason, he offers a deal to Sumi: she must enter into a marriage in which neither is allowed to fall in love with the other, in exchange for money.

Sōichirō is initially cold and aloof, manipulating his wife for his own ends. He is unfamiliar with how different her poor lifestyle is, and has his butler Komai teach her the ways of his high status. While he only uses Sumi at first, he falls in love with her as the story progresses.

Sōichirō's best friend and in line to inherit his father's bank. He first meets Sumi when she's trying to get a doctor to see one of the children she takes care of, giving her a wad of cash for the bill and his monogrammed handkerchief. Sumi falls for him immediatly, calling him "The Handkerchief Prince" and one day hopes to thank him. They meet again after Sumi and Sōichirō's wedding, as Sōichirō is secretly trying to get the two of them to fall for each other for his own gain.

It works, but it turns out that Nozumu, despite his initial gentlemanly exterior, is a jealous, possesive man who wants to make Sumi his own... No matter what it takes.

Sōichirō's butler, Komai has been a servant for the Ashida family since he was a child. His primary role in the story is to serve as Sōichirō's support and help with his plans. He also teaches Sumi how to read, write and behave as a proper lady.

Sumi's older brother, Eisuke is a young, handsome man. He's also a womanizer with a severe gambling habit, making him responsible for most of his family's debts. He also has a strange habit of picking up orphans and adopting them into the family. Halfway through the story, he's hired into Ashida Properties.

A young woman from a highly respected family, Miu becomes Nozomu's wife at some point in the series. A classic Japanese lady, she deeply cares for her husband and does her best to watch over him. Although she loves Nozomu, he acts uninterested towards her, prompting her to befriend Sumi... but soon, the poor girl starts cracking under the pressure...

Soichiro’s step-cousin and vice-president of Ashida Products. He disregards Soichiro and plans to take him down as President.

A newly hired maid who works at Soichiro’s mansion. On the outside she seems helpful and trustworthy, but she is really hired by Natsuki to spy on Soichiro and Sumi. She also has feelings for Natsuki.