Here you'll find tropes for the various non-empire entities, creatures and factions you may encounter throughout the galaxy.

Tropes common to all Spaceborne Aliens

Tropes common to all Enclaves

Tropes common to the Guardians

Enigmatic Cache
The Enigmatic Cache is a mysterious tubular ship that will emerge from any Gateway or L-Gate once the mid-game year is reached if the Distant Stars DLC is installed and set course for the nearest empire at peace then begin scanning the colonies.

Tropes common to the Marauders

"As punishment for losing a duel, it has been decreed that I am to deal with all outsiders this cycle. What do you want?"

"You have something for us to smash, dwamak? [Marauders] very good at smashing!"

"She of the Void is wroth today. I can feel it. We have not done enough to win Her favor..."

The Khan's event picture (their actual appearance depends on their species).

"The empire I am building shall benefit the whole of the galactic community. It may not seem like it now, but one day it will become a beacon of stability and prosperity for all intelligent life forms."

Crisis factions are one of several late-game, high-powered factions who emerge and threaten all life in the galaxy. They will take a combination of interstellar alliances, advanced technology, or an extremely powerful empire to fend off, let alone defeat.

Tropes common to the crisis factions 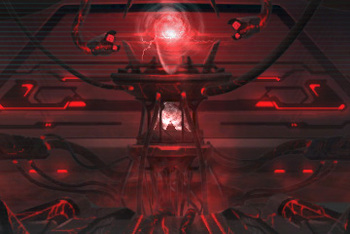 An ancient artificial intelligence whose purpose is to sterilize the galaxy of higher biological life and control or destroy other synthetic life forms. Initially dormant, it awakens by compelling the galaxy's synthethics to manually activate it. It uses a combination of massive war fleets and subversion of synthetic entities to cause havoc in its goal to sterilize the galaxy.

Introduced in version 1.8, the Contingency is the overhauled version of the old AI rebellion crisis.

A trifecta race of extradimensional Energy Beings, who seek to invade and consume all life in the galaxy, and are brought to this dimension by experimentation with jump drive tech. 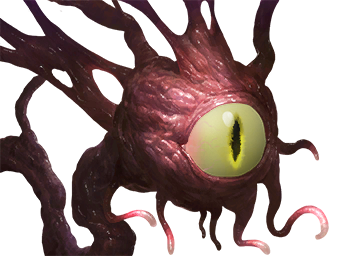 A wholly biological armada of invading monstrosities from outside the galaxy, who intend to scour the galaxy of all life.

"Under no circumstances must a stable connection be formed between the <unintelligible> and the galaxy at large. For the sake of all civilization, our cluster has to remain under permanent quarantine."

The Naar-Di-Shav, or Gray Tempest, is a Mini Crisis Faction available in the Distant Stars DLC.

The Worm-in-Waiting (SPOILERS)
The Worm is the subject of the Horizon Signal Story Pack. Given its nature as a Walking Spoiler we highly recommend avoiding reading any further until you've experienced an encounter yourself, to ensure you get the most fun out of your gameplay.
The Shroud (SPOILERS)

Tropes common to the Shroud

The End of the Cycle

Do not do this.