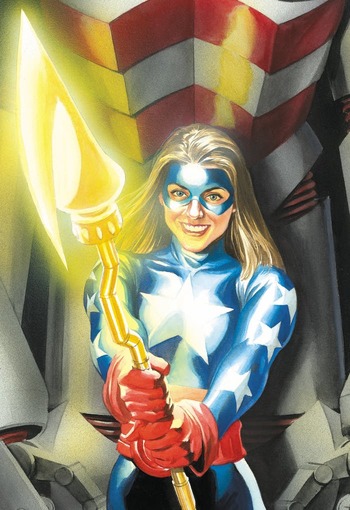 After Starman gave her his Cosmic Staff, Courtney rebranded herself as Stargirl, and she joined the Justice Society of America alongside S.T.R.I.P.E.. She'd later serve as a member of the JSA on her own, without the aid of her stepfather.

At the start of the New 52, Stargirl featured as a founding member of Amanda Waller's government-sanctioned Justice League. After the events of Forever Evil (2013), she departed the team, joining up with the Justice League United.