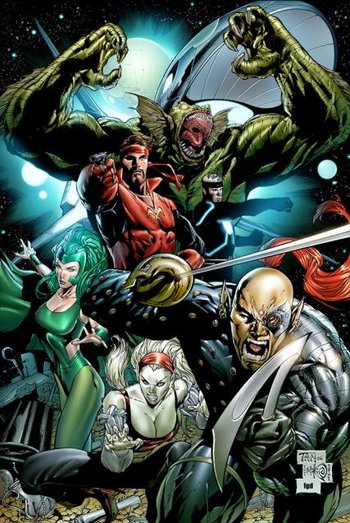 The Starjammers are a team of space pirates that appear in American comic books published by Marvel Comics. The team was created by Chris Claremont and Dave Cockrum in 1977 and first appeared in X-Men #107.

The Starjammers have regularly allied themselves with the X-Men. They were formerly led by Christopher Summers, alias Corsair, and then by his son Havok.

The Starjammers provide examples of:

The father of Cyclops, Havok and Vulcan, he was long believed to be dead but in fact was in space living the life of a heroic Space Pirate and leading the Starjammers.
Hepzibah 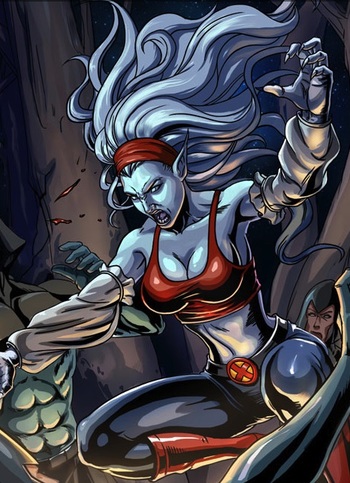 A female Mephitisoid, originally from the planet Tryl'sart, one of their few permitted space colonies. She was imprisoned on the Shi'ar prison planet of Alsibar for an unknown crime, which is where she met the first members of the Starjammers; Corsair, Raza Longknife, and Ch'od. They broke out of the prison and escaped, taking to space piracy. Over time, she and Corsair became lovers.
Ch'od 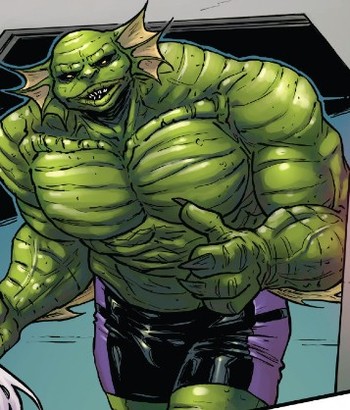 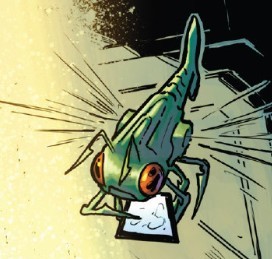