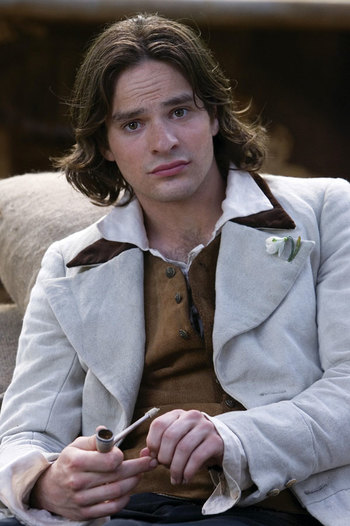 The young protagonist of our story. 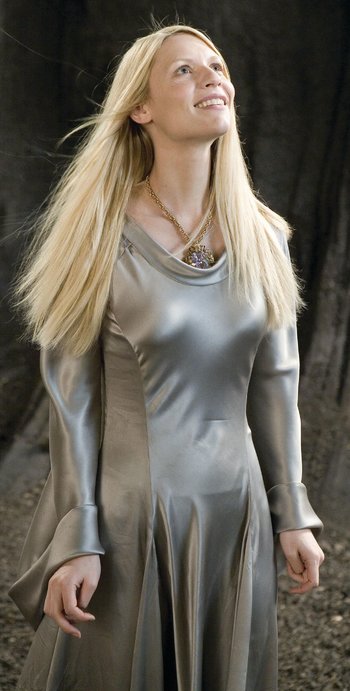 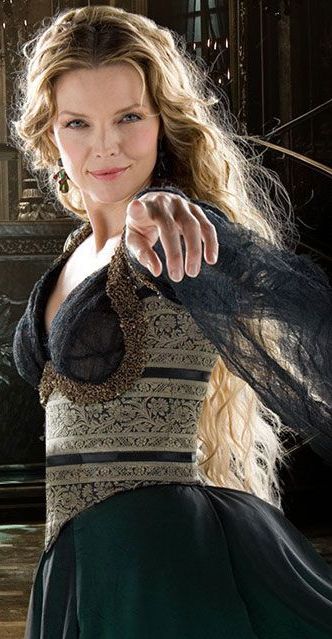 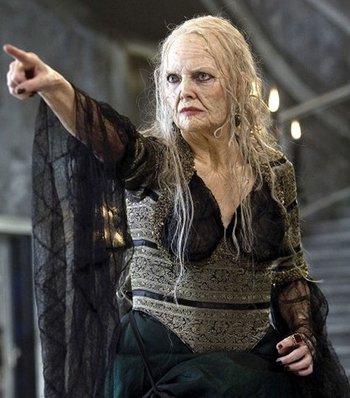 An evil witch that desires Yvaine's heart to remain young and beautiful. 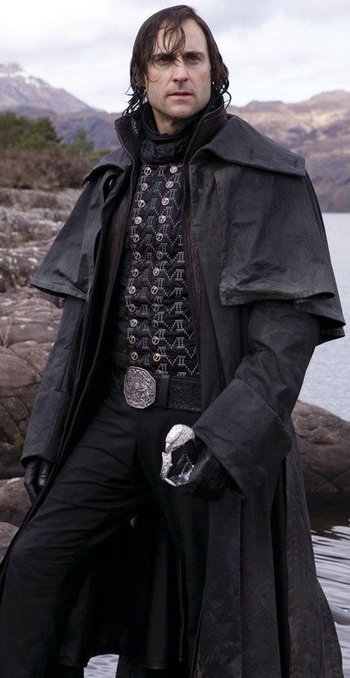 The heir of the crown of Stormhold searching for the royal crown that Yvaine wields. 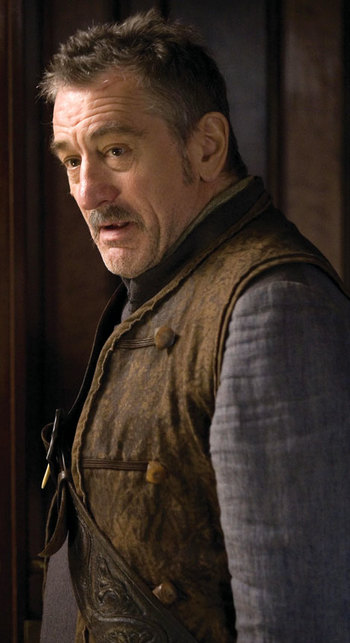 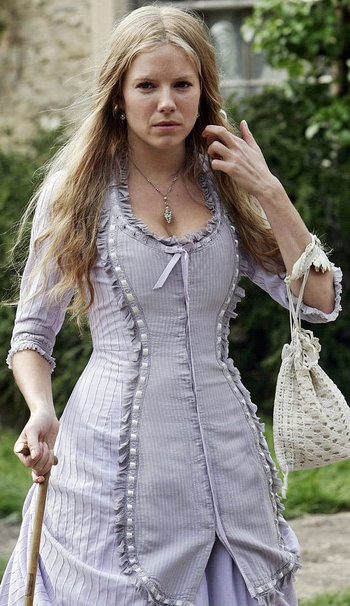 The spoiled lady occupying the heart of Tristan. 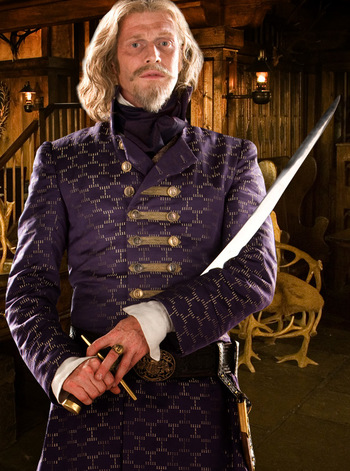 The second heir of the crown of Stormhold. 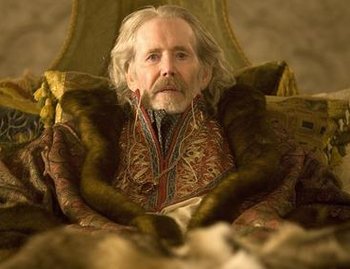 The dying elderly king of Stormhold. 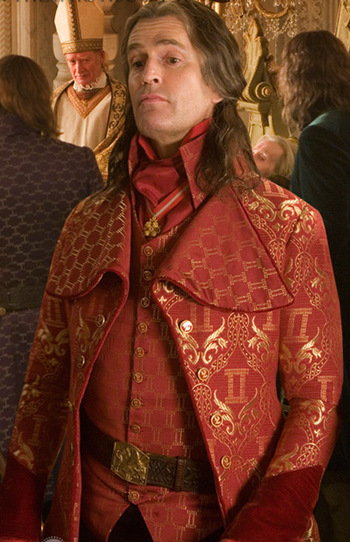 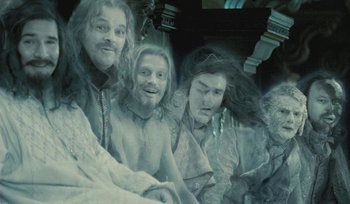 The ghosts of the former crown princes of Stormhold. 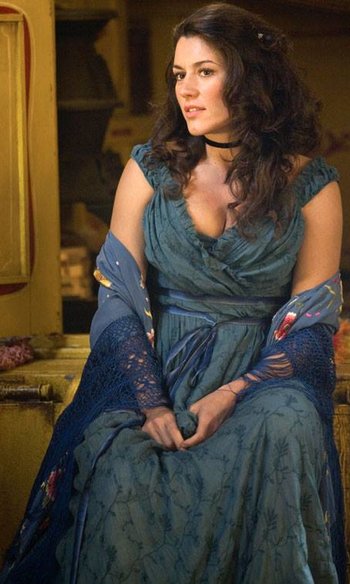 A beautiful woman enslaved by the witch Ditchwater Sal that seduces Dunstan Thorn and then gives birth to Tristan. 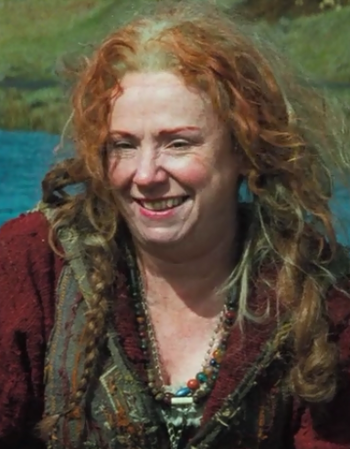 An old witch and trader, and the master of Tristan's mother.

A chatterbox and sly merchant. 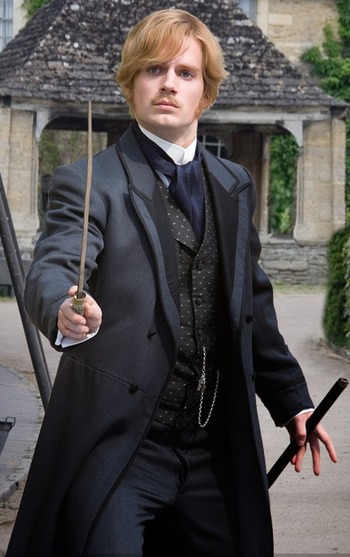 Tristan's rival for the affection of Victoria. 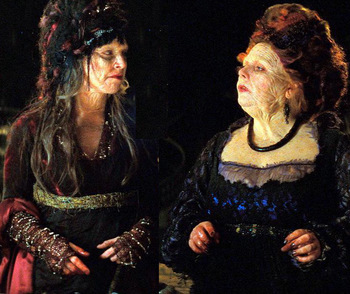 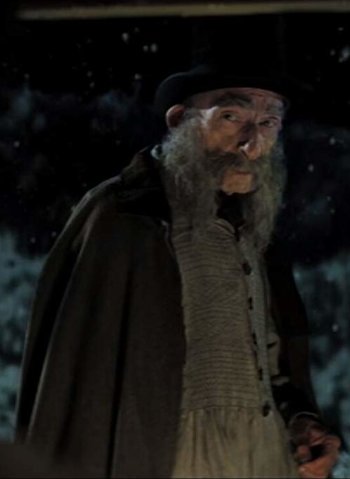 Played by: David Kelly
"Give my best to your father."

The guard of the limits between the town of Wall and the fantasy world of Stormhold.