"They question the Khala. They maintain that the right of the individual takes priority over the good of the whole. Some have even resorted to the extreme measure of self-mutilation in order to sever their connection to the Khala."
— Judicator Kortanul

Not all Protoss found peace and unity in embracing the Khala. Some Protoss sought to keep their individuality, fearing that the communical psionic link would lead to a loss of self. They thus refused to indulge in the Khala, and as a symbol of this rejection, severed their psionic nerve cords, cutting them off from the Khala permanently. The Conclave, paranoid of a second Aeon of Strife, sent the Templar Adun to arrest and execute the rogues in secret. Instead Adun took them under his wing, teaching them psionic skills to help them to hide from the Conclave, but without the guidance of the Khala they had trouble controlling their powers. Massive psionic storms broke out over Aiur, causing chaos. Unwilling to admit the existence of the rogues and the treason of their most decorated warrior, since that would just make everything much worse, the Conclave exiled the rogues from Aiur and concocted a cover story that Adun was responsible for this. 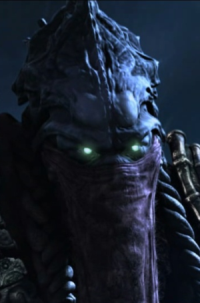 Tell me that's not a badass...
"Though we strike at you from the shadows, do not think that we lack the courage to stand in the light."
Voiced by: Jack Ritschel (Starcraft and Starcraft: Broodwar) and Fred Tatasciore (Starcraft II)

Zeratul is introduced with a bang: the shadowy Dark Templar achieved the seemingly impossible and murdered a top Cerebrate of the Zerg Overmind. With the knowledge that Dark Templar could permanently harm the Zerg, Tassadar makes a highly-controversial alliance with Zeratul, and the two of them, along with Jim Raynor and Artanis, return to Aiur, where Tassadar uses what he's learned from Zeratul to kill the Overmind. Zeratul then leads the Khalai survivors to the Dark Templar homeworld Shakuras, and eventually forms an uneasy alliance with Kerrigan to fight the rogue Zerg. When she betrays them he banishes her, but she returns later to kidnap Raszagal and blackmail Zeratul into killing the Overmind for her. Zeratul kills Raszagal rather than let Kerrigan control her, and as he leaves he finds Duran's experiments on Hybrids on the dark moon. Canonically, he hasn't been seen since, but resurfaces in Starcraft II, having learned something horrible and omninous. 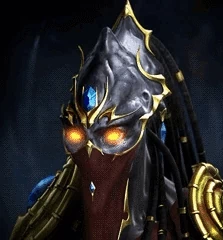 "I am Raszagal, and I welcome you and your companions to our world."
Voiced by: Debra DeLiso

The Matriarch of the Dark Templar, one of the oldest Protoss to have lived, and a powerful psychic who led her people for nearly 500 years, long enough to have clearly remembered Aiur from before the exile of the Dark Templar. It is not known when exactly Kerrigan controlled her, but Raszagal was a slave to Kerrigan for most of the events of Brood War. In a last act of mercy, Zeratul killed his matriarch, refusing to let the Queen of Blades control her any longer. Although she is passed now, the Dark Templar still believe their matriarch is watching over them and some have invoked her name to keep peace between the feuding tribes. 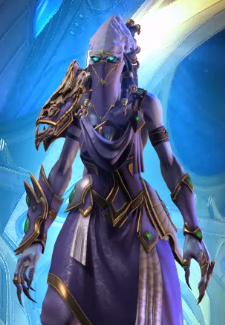 Vorazun is Raszagal's daughter, and, as of Legacy of the Void, the Matriarch of Dark Templar on Shakuras. She was Mohandar's student and Taelus' mentor; when Mohandar was killed, she replaces him as the leader of the Dark Templar. 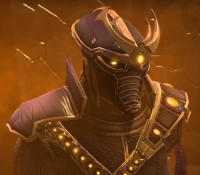 Mohandar is an elderly leader of the Dark Templar caste, and a member of the Hierarchy. In Wings, Mohandar was killed in the Overmind's vision of the protoss' final stand against the Dark Voice. He went into battle leading the remaining void rays. As his ship was destroyed, Mohandar declared he was returning to the Void.

Mohandar during the current timeline is the leader of the Dark Templar after Raszagal was killed by Zeratul, and also Vorazun's mentor. He is killed by Taelus during a Nerazim insurgency; his death is why Vorazun is in the Twilight Council representing the Nerazim. 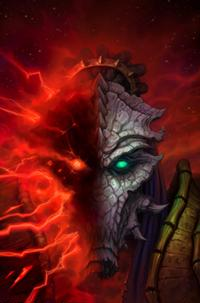 Shiny!
"As far as we are concerned, killing high-born Templar is an act of righteous justice! Let the rulers of Aiur feel what it's like to be hunted and driven from their homes! Let them suffer as we Dark Templar have suffered at their hands!"
Voiced by: None (His appearance in Starcraft had no voice, and he's yet to appear in any other game.)

A Dark Templar assassin who, unlike a majority of their kind, hates the Khalai Protoss. Acts as a minor antagonist in the side campaign Enslavers: Dark Vengeance, where he allies with the Terran smuggler Alan Schezar to attack Shakuras with mutated Zerg. During the campaign, Ulrezaj merges with some of his followers to become a Dark Archon. Zeratul foiled his plans and killed Schezar, but Ulrezaj escaped.

Got a big promotion to primary antagonist of the Dark Templar Saga novels, where he acts as a secondary antagonist and lead a tribe of brainwashed Protoss in the ruins of Aiur. He is concerned with hunting down the Preservers as they "know too much", and serves a mysterious, unknown entity.