All spoilers regarding the Skywalker Saga, and The Clone Wars are unmarked. Examples relating to Disney's EU and the new movies can be spoiler-tagged if deemed necessary. 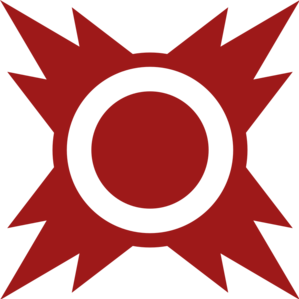 Peace is a lie. There is only Passion.
Through Passion I gain Strength.
Through Strength I gain Power.
Through Power I gain Victory.
Through Victory my chains are Broken.
The Force shall free me.
— Code of the Sith
Advertisement:

An ancient order of Force users who utilize the Dark Side of the Force, opposite to the Jedi. The first Sith were Jedi who fell prey to the temptations of the Dark Side, beginning a struggle between the two orders that spanned thousands of years as the Sith sought dominance over the galaxy with the foundation of a Sith Empire.

Over the centuries, the Sith ultimately betrayed one another, making the prospect of the Sith destroying the Jedi impossible. A Sith known as Darth Bane came up with a radical solution to this problem with the Rule of Two: let all but two Sith die, with the remaining survivors serve as a master to wield power, and an apprentice to learn from their teacher and try to claim that power for themselves. In spite of this seemingly counter-intuitive way of thinking, Rule of Two lasted for over an entire millennium as the Jedi became complacent, setting the stage for their own downfall.

Darth Sidious, better known to the Galaxy at large as Sheev Palpatine, took advantage of the growing imbalance in the Force to put himself in a position of power, and he would later successfully overthrow the Jedi Order by framing them as traitors to the Republic, which was then reorganized into the Galactic Empire. However, his victory ended up being short-lived, as the Empire he wanted to last for centuries was ultimately undone in the span of a few decades, with the Jedi ultimately surviving — although Sidious's dark legacy still persists, as the Jedi's numbers remain few in the years after his death, and the First Order was organized as a way of carrying out his vision for the Galaxy.

While the Sith and their ideology died with Darth Vader at the end of Return of the Jedi, other Dark Side users still live past that point, among them Supreme Leader Snoke and Kylo Ren — and even still, they draw influence from Sith Lords like Sidious and Vader.

A Jedi Knight who studied the Dark Side of the Force during the time of the Old Republic and was expelled by the Jedi Order. Having amassed an army of followers, he sparked the period known as the "Hundred Year Darkness", which resulted in the birth of the Sith Order.

Voiced by: Nika Futterman
Appearances: Rebels
"The power to destroy life is at your command!"

An ancient Sith Lady who was responsible for creating the Malachor temple and devastating both Sith and Jedi forces in the Scourge of Malachor. Her spirit and teachings live on in a Holocron inside the temple she built, which was found during the early days of the Galactic Civil War.

An ancient Sith Lord who built a pair of lightsabers. 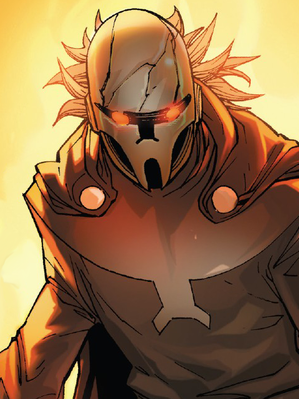 Appearances: Dark Lord of the Sith | Lando
"The dark side does not serve us. We serve the dark side. If we glorify it through our acts and our work and our art, it gives us power. It gives us life. Even life eternal."

A unique Sith who appreciated art above all else. For this, he was considered a heretic among the Sith and his teachings locked away for years until his mask was discovered in the Jedi temple archives during the age of the Empire, after which his spirit told Palpatine and Vader about his past and created the blueprints for Vader's castle. 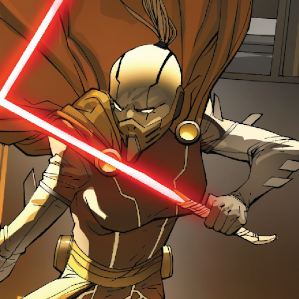 A Sith Lady who broke Momin out of prison after he was arrested for a gruesome art display. She trained Momin to be a Sith, but as Momin disliked being referred to as an apprentice, he killed her. 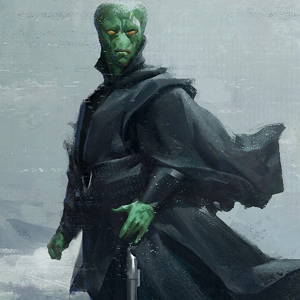 An ancient Sith Lord who was once one of the most powerful and feared beings in the galaxy. Myths about his dark deeds and powers are still told throughout the galaxy. Caldoth also authored The Bestiary of Darth Caldoth, a text which contained extensive information about Sith warbeasts and creatures that was kept secure by the Jedi Order. 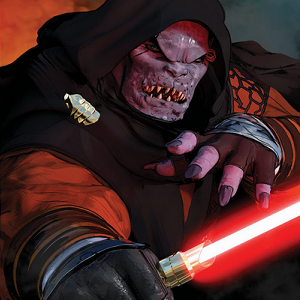 Appearances: The High Republic (vision only)

One of the Lost Twenty, Radaki left the Jedi Order and became a Sith Lord, Darth Krall.

The Rule of Two 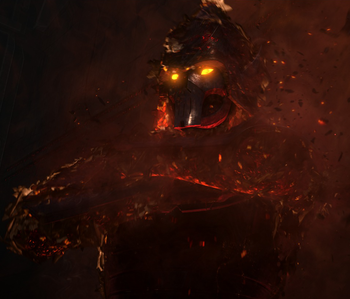 Voiced by: Mark Hamill
Appearances: The Phantom Menacenote mentioned in the novelization only, which is now non-canon except where it agrees with the movies; it's listed here because George Lucas wrote Darth Bane for the backstory of the Sith, and as such is to be treated as canon regardless of the Legends decision | The Clone Wars
"The Sith killed each other, victims of their own greed. But from the ashes of destruction, I was the last survivor. I chose to pass my knowledge onto only one. I created a legacy so resilient that now you come before me."

Darth Bane was an ancient Sith who founded the Rule of Two a thousand years before the Clone Wars. During the war, Yoda faces a vision of him on Moraband during his quest to learn the secrets of manifesting his identity beyond death.

Darth Zannah was the sole apprentice of Darth Bane. Through Bane's new Rule of Two, the legacy of the Sith was passed down through Zannah after they defeated Bane in combat. 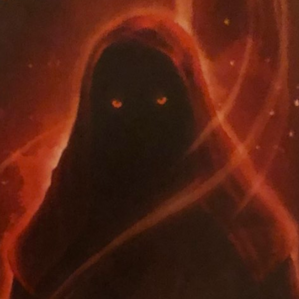 A dark figure shrouded in mystery. He was able to manipulate midi-chlorians to create life and even stop death. He taught Palpatine, whom he rechristened as Darth Sidious. He died at Palpatine's hands after teaching his student everything he knew—except, apparently, the power to control life and death.

Many aspects of the character were first discussed in the Legends novel Darth Plagueis; the author of that was known to have been in contact with George Lucas when he wrote it, meaning that many initially treated that novel's portrayal of the character as Loose Canon, even though this is not explicitly the case. While the novel is officially in the territory of Canon Discontinuity, key details in Tarkin, such as the inclusion of his personal droid 11-4D, suggest that elements of the story that can be considered Broad Strokes. The sourcebook Ultimate Star Wars also agrees with some information on Darth Plagueis that was first conveyed through the novel, but it notably differs in terms of when his death took place — Darth Plagueis met his end shortly before Darth Sidious took an apprentice of his own instead of after most of the events in The Phantom Menace. 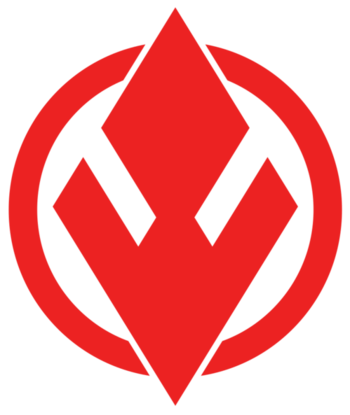 Appearances: The Rise of Skywalker
"At last the work of generations is complete. The great error is corrected. The day of victory is at hand. The day of revenge. The day of the Sith!"
— Palpatine's message to the galaxy

A secret cult dedicated to preserving the traditions of the Sith and worshipping the Dark Side of the Force. They are led by the resurrected Emperor Palpatine/Darth Sidious. 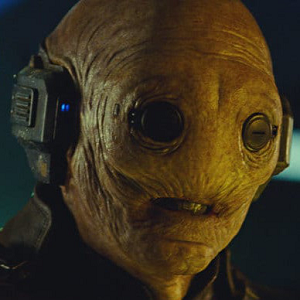 Appearances: Darth Vader (2020) | War of the Bounty Hunters | Crimson Reign | The Rise of Skywalkernote deceased, only in flashback

A Sith loyalist and assassin, Ochi was the former owner of the droid D-O, and was tasked by Darth Sidious himself with retrieving the Sith Lord's granddaughter Rey, from her mother and father, who hid her away on Jakku to protect her. When her parents refused to reveal her location to him, Ochi murdered them in cold blood with his dagger. Sometime later, Ochi found himself fleeing from Luke Skywalker and Lando Calrissian, who wanted information regarding a key to Exegol, and ended up on the planet of Pasaana where he fell through the sinking sands in the underground caverns and died of an unknown cause, with his lifeless body being stripped to the bone by hungry gouge beetles. 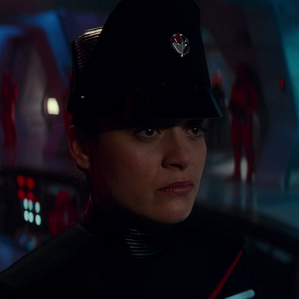 A Sith Eternal officer serving in the Final Order who commands the Star Destroyer Derriphan. 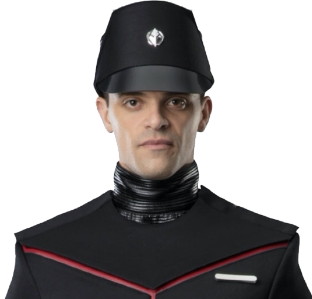 A Sith Eternal officer serving in the Final Order. He serves as Captain Sabrond's X.O. aboard the Star Destroyer Derriphan. 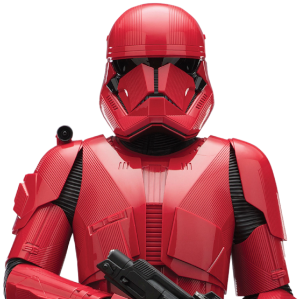 A stormtrooper variant that served the Final Order during its war against the Resistance in their ultimate push towards galactic conquest. Named after the Sith these troopers drew power and inspiration from the order's dark legacy and were the next evolution of Stormtroopers. 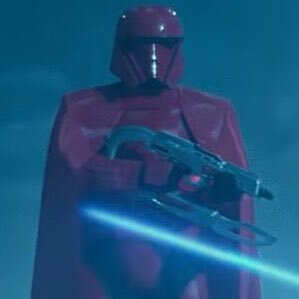 Emperor Palpatine's elite personal bodyguards during his decades-long exile on Exegol. Similar to their predecessors, the Imperial Royal Guard and First Order Praetorian Guard, they're clad in red armor with long red cloaks, though with helmets much closer in appearance to that of Stormtroopers. 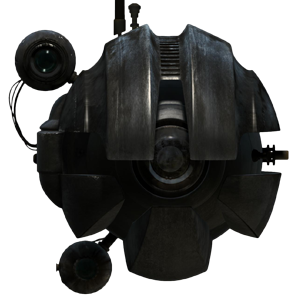 A type of probe droid traditionally used by the Sith. Darth Maul had at least three of them that he used during his hunt for Jedi Padawan Eldra Kaitis, and later during his hunt for Queen Amidala on Tatooine during the Invasion of Naboo, though one of these probes was left behind on Tatooine. During the Galactic Civil War, the series was used as field repair units by the Imperial Navy.