Voiced by: Jennifer Hale (female trooper), Brian Bloom (male trooper)
"We did not start this war. For us, there is no glory. We fight because it's our duty to defend the people and the principles of the Republic. On every world the Sith Empire strikes, we will be there, too. We will sacrifice when necessary, but we will never surrender. For hope... for freedom... FOR THE REPUBLIC!"

A decorated sergeant in the Republic military, the Trooper is a new recruit into Havoc Squad, the pinnacle of Republic Special Forces, and deployed to the war-torn world of Ord Mantell. Subsequent events catapult the Trooper into the thick of the war - both on the physical battlefield, and politics on Coruscant. 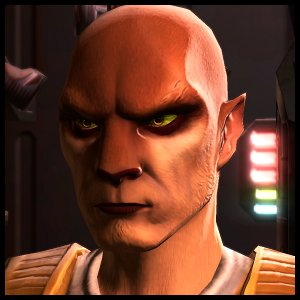 A Cathar stationed on Ord Mantell, in charge of the local loyalist forces. He starts out as the superior and Mission Control of the Republic Trooper, during the first phase of the game. After Commander Harron Tavis defects to the Sith Empire with the rest of Havoc Squad, Jorgan is scapegoated for the defection by Republic High Command, and demoted to Sergeant. Recognizing his loyalty and service record, he is reassigned to the now undermanned Havoc Squad, joining as a companion character for the Republic Trooper. Romance option for female Troopers. Originally, he was the class's ranged damage companion.

In Knights of the Fallen Empire, he has been promoted to Major and is now the new commander of Havoc Squad. Having grown sick of Saresh's rule, he and his unit have gone rogue to take the fight to Zakuul. 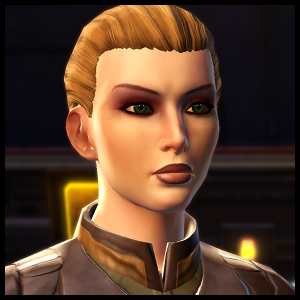 Voiced by: Moira Quirk
"Firsthand experience is always the best."

A former Imperial soldier who defected to the Republic over moral differences, Elara Dorne is a combat medic serving on Taris where she is recruited by the Trooper to fill the same job in the reformed squad. Romance option for male Troopers. Originally, she was the class's healer companion. 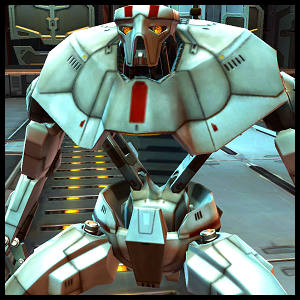 Voiced by: Tom Kane
"We shall ride this durasteel eagle into the heart of The Empire and bring our fight for freedom to the door of The Emperor himself!"

A prototype assault droid, possibly the most advanced in the Republic military, M1-4X is programmed to be the ideal soldier and specifically designed to be a part of Havoc Squad. The Trooper recruits him/it on Nar Shaddaa. Originally, he was the Trooper's ranged tank companion. 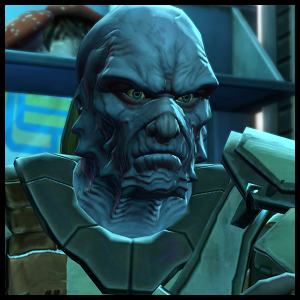 A Weequay demolitions expert born on Nar Shaadaa. Formerly serving the Republic military, Tanno Vik was faced with criminal accusations throughout his short career, until he was finally convicted for masterminding a protection racket while defending a Republic outpost on Talay. After his discharge, Vik resorted to mercenary work, and still plies his abilities in the galaxy's deadliest conflict areas to this day. Originally, he was the Trooper's melee tank companion.

In Knights of the Fallen Empire, Vik runs a weapons smuggling gang in Asylum and is found in conflict with the engineer Tora. 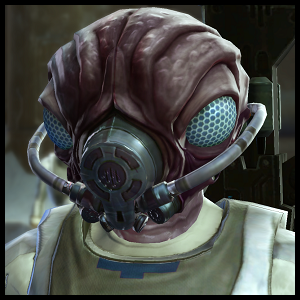 and Republic soldier, Yuun is a highly capable technician in the military and shamanistic tracker among his people, though some find his insectoid appearance disturbing. He joins the Trooper's squad on Hoth, and was the class's melee damage companion. 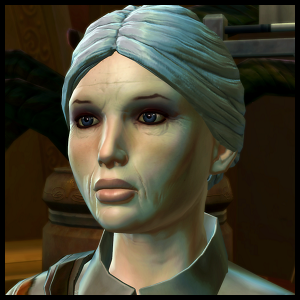 A Republic general noted for her strict nature and almost trigger-happy stance on the war, Garza was among the co-founders of the Republic Special Forces (i.e. the Trooper) division. 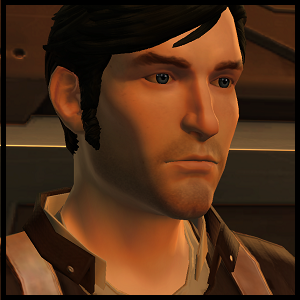 A talented field operative for the Republic's Strategic Information Service, Jonas Balkar has led an impressive career despite his young age, earning him undercover placements on high-risk worlds such as Nar Shaddaa and Balmorra. His exceptional planning and investigatory skills have led to numerous Republic successes, both seen and unseen.

He supports the Republic Trooper through out the whole story, serving as the main SIS contact of the character. 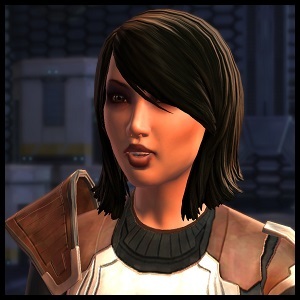 A Republic Sergeant who assisted the new commander of Havoc Squad during the Cold War and the Second Great Galactic War between the Republic and the Sith Empire. 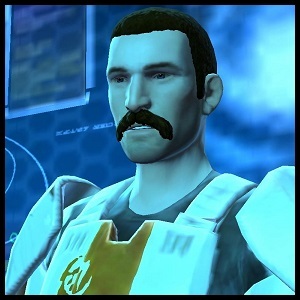 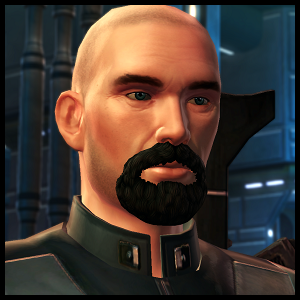 "Morality is a matter for peacetime. It has no place in war."

One of the Empire's greatest strategists and most successful field commanders, with a reputation of being undefeated. He was the mastermind behind the development of the Gauntlet super weapon. After its destruction, he led the Empire's campaign in capturing the Bastion on Corellia and hopes to use the intelligence stored in its databanks to defeat the Republic once and for all.