All spoilers regarding the Skywalker Saga, The Clone Wars, and The Mandalorian Chapters 1-13 are unmarked. Examples relating to other chapters of Disney's EU and the new movies can be spoiler-tagged if deemed necessary. 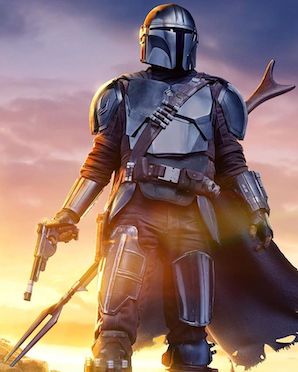 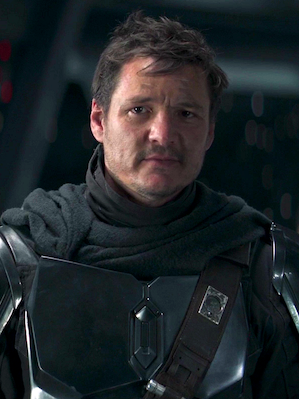 Born on the remote world of Aq Vetina during the Clone Wars, Din Djarin watched as his parents were slaughtered by Separatist battle droids before his very eyes. Rescued by a Mandalorian warrior from the Children of the Watch and adopted into their clan, he was reared to uphold the ancient tenets of Mandalorian religion above all else, and spent most of his life working as a lone Bounty Hunter to provide for their hidden covert. Everything changed when he took a job for the Imperial Remnant to track down a 50-year-old target they were after — and from there, he took his first step into a larger world.

He has a Self-Demonstrating page here.