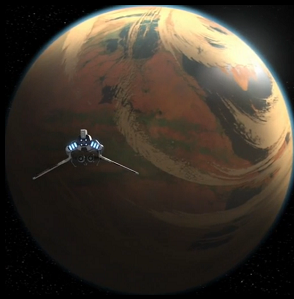 Homeworld of the Twi'leks, Ryloth is a beautiful and dangerous world of forests, deserts, and canyons that is host to deadly wildlife and valuable resources. While officially part of the Galactic Republic, many Twi'leks preferred independence and viewed any outside power having control over Ryloth as unacceptable. Following the rise of the Galactic Empire, many Twi'leks were enslaved, which resulted in the rise of the Free Ryloth movement, one of the first organized challenges to Imperial power. 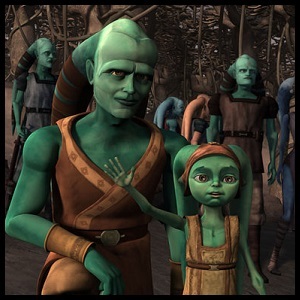 The native species of Ryloth, Twi'leks are among the most populous and widespread species in the galaxy. Physically and genetically similar to humans, they are nonetheless instantly recognizable from their colorful skin tones and two distinctive head-tails, known as "lekku". 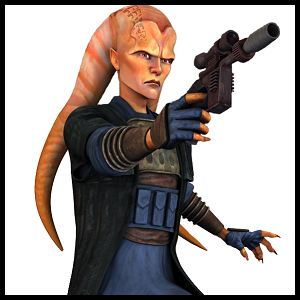 Leader of the Twi'lek resistance against the Separatist occupiers of Ryloth, Cham was distrustful of the Republic as well, and considered Senator Orn Free Taa a corrupt individual who cared nothing for his people. After the rise of the Empire, Cham organized the Free Ryloth Movement to liberate the planet from the Empire. He is also the father of Hera Syndulla and an unidentified son. 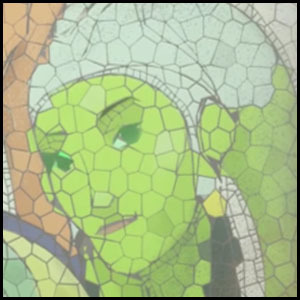 The wife of Cham Syndulla, mother to Hera Syndulla and an unidentified son. During the Battle of Ryloth in the Clone Wars, she and Hera were among the many that hid during the struggle. However, in the early years of the Empire, she would be killed in the resistance against the tyrannic occupation, causing a rift between her husband and her daughter.

The youngest son of Cham Syndulla, and the younger brother to Hera Syndulla. In his youth, he was killed in the Separatist occupation of Ryloth during the Clone Wars.

Appearances: Lords of the Sith
"I have a friend. He wants to save the whole planet. But that's... too big for me, too much. I just want to save someone, a few people."

A pale blue-skinned Twi'lek female. She is a former slave who escaped Imperial captivity and joined the Free Ryloth movement, becoming Cham's second-in-command.

A purple-skinned Twi'lek male who is the movement's technical expert and specializes in Artificial Intelligence.

A towering green-skinned Twi'lek male who is an expert tracker and soldier.

A human female and one of the few non-Twi'lek members of the Free Ryloth Movement. 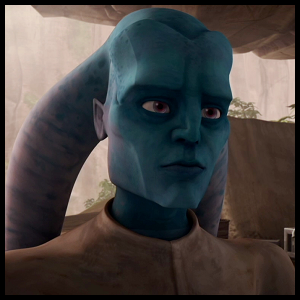 Voiced by: Corey Burton
Appearances: The Clone Wars | Lords of the Sith | Rebels
"Let's force-feed these Imperials some fire."

A friend of Cham Cyndulla who joined his war against the Separatists and the Empire. 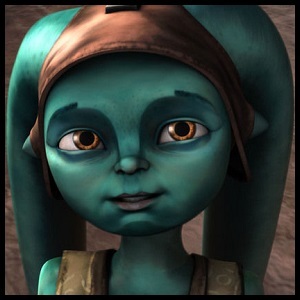 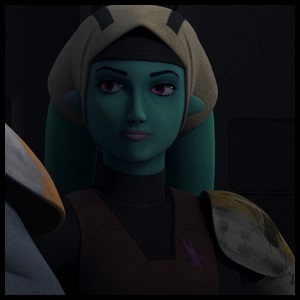 A orphaned child on Ryloth who is rescued by two clone troopers named Waxer and Boil. After the Empire occupied Ryloth, Numa grew up to join the resistance and fight against her homeworld's occupation.

A strategist serving in the Free Ryloth movement and other resistance groups around the galaxy. After the Galactic Civil War, she reconnects with Lando Calrissian, who she briefly worked with when he smuggled a shipment to a resistance group.