open/close all folders
Advertisement:
Heroes of the Resistance
As a Group
Rey 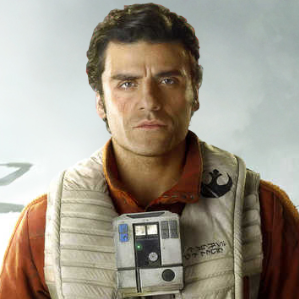 "I can fly anything."

The son of Rebel Alliance SpecForce soldier Kes Dameron and A-Wing pilot Shara Bey, Poe Dameron is an X-Wing pilot and commander of the Resistance Starfighter Corps. While serving in the New Republic Starfighter Corps, Poe was recruited into the Resistance alongside his squadron by General Leia Organa following an encounter with the First Order attacking civilian vessels that his superiors refused to follow up on. After uncovering information that the First Order is hunting for Lor San Tekka to locate Luke Skywalker, Poe is sent on a mission by General Leia Organa to find him before the First Order does. He is captured by the First Order, but is rescued by Finn, who needs a pilot to help him desert his post. 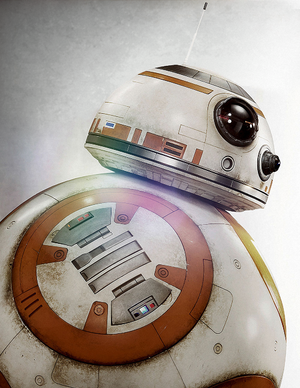 Performed by: Brian Herring, Dave Chapman
Voiced by: Bill Hader and Ben Schwartz (through a voice synthesis app)
Appearances: Age of Resistance | Before the Awakening | Adventures | C-3PO | Droids Unplugged | Poe Dameron | Resistance | Join the Resistance | The Force Awakens | Forces of Destiny | The Last Jedi | Resistance Reborn | Allegiance | The Rise of Skywalker
"Turns out you're quite a popular droid."
— Rey

Poe Dameron's astromech droid, BB-8 accompanies his owner and friend on his missions. 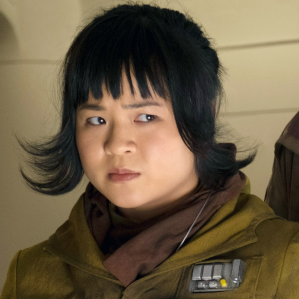 "That's how we'll win. Not by fighting what we hate, by saving what we love."

A maintenance worker in the Resistance. She is the younger sister of Paige Tico, a Resistance gunner in Colbalt Squadron. After meeting Finn during the evacuation of D'Qar, Rose joins him on a mission to deactivate the First Order's hyperspace tracking device. Following the Battle of Crait, Rose was promoted to the head of the Engineering Corps as the Resistance rebuilt from its losses and continued the war against the First Order. 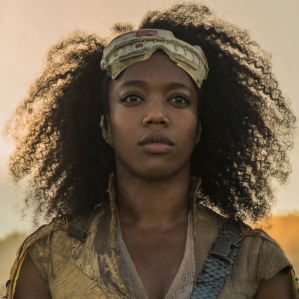 Portrayed by: Naomi Ackie
Appearances: The Rise of Skywalker

A former First Order stormtrooper who lives on Kef Bir, the water moon of Endor where the main remnants of the second Death Star have crashed. She joins the heroes of the Resistance. 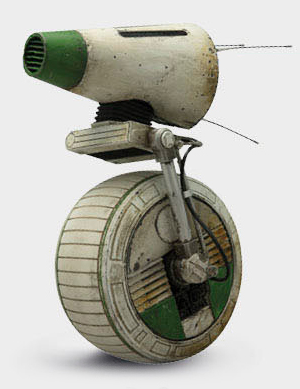 An old little droid that BB-8 revives and befriends.