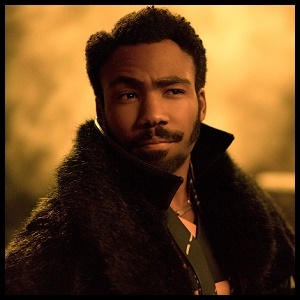 "Everything you've heard about
me is true."

"I once won a sub-tropical moon in the Oseon Belt. Turned out to be a real money pit."

Once a famed smuggler and outlaw, Lando Calrissian has since moved on to the life of a card shark and sportsman, travelling the galaxy aboard his luxurious starship, the Millennium Falcon. Nonetheless, he's drawn back into the criminal underworld for one last job by Qi'ra, Tobias Beckett and Han Solo, who request his aid in stealing a large shipment of raw hyperfuel from the mines of Kessel. 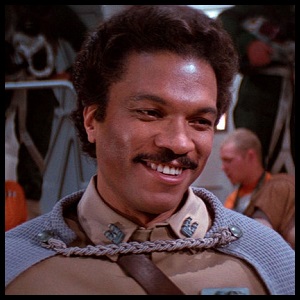 "Yeah, I'm responsible these days. It's the price you pay for being successful."

"This deal is getting worse all the time..."

Years after his adventures with Han Solo, Lando became Baron-Administrator of Cloud City on Bespin, doing his best to govern the tibanna gas mining colony and keep it out of the Galactic Civil War. He reluctantly betrayed Han to protect the city from the Empire, but redeemed himself by joining the rebellion and helping rescue his old friend, eventually rising to the rank of General in the Rebel Alliance. 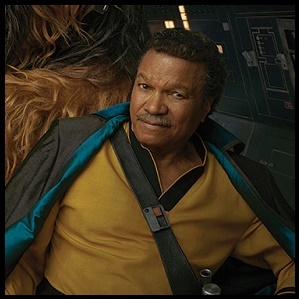 Following the liberation of Bespin, Lando stepped down as Baron-Administrator and started Calrissian Enterprises, which specialized in the manufacturing of droids. He later aids the Resistance in their last stand against the First Order.