All spoilers regarding the Skywalker Saga and The Clone Wars are unmarked. Examples relating to Disney's EU and new films can be spoiler-tagged if deemed necessary.

open/close all folders
Advertisement:
The Inner Rim
The third region of the galaxy, located between the Colonies and the Expansion Region. Originally known as the Rim, this region was the frontier of galactic exploration for centuries. As explorers went further out and settled the Mid and Outer Rims, the Rim took on the name Inner Rim and remained a highly populated and prosperous region.
Inner Rim Worlds with their own pages

A moon that was the homeworld of the Gotal, but also home to many Gossam and Koorivar. During the Clone Wars, Antar 4's population was fiercely divided, with the world joining the Confederacy of Independent Systems after a lengthy terrorist campaign overthrew the loyalist Republic government. After the end of the Clone Wars, Moff Wilhuff Tarkin was sent to punish the residents for siding with the Separatists, with thousands of innocent and loyal Republic citizens and agents being caught in the crossfire of what became known as the Antar Atrocity. 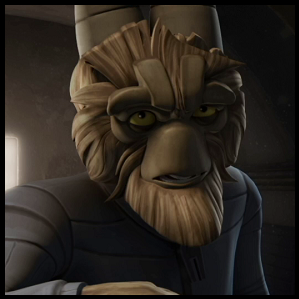 The furry and horned natives of Antar 4, the Gotal are a common sight throughout the galaxy.

An independent planet which is a haven for organized crime. The surface is superheated by its giant red star causing almost all life to live underground.

A planet covered in a toxic ocean, described by one of the first explorers to visit as looking like a "snow globe, filled with blood". The liquid of its ocean had uses in manufacturing, so it became the site of Calcoraan Depot, Count Denetrius Vidian's operational headquarters in the Inner Rim.

A backwater world with a large Ithorian population. Under the Empire's rule the planet was a key manufacturing world for stormtrooper armor.

Appearances: Bottleneck
"Gilvaanen was a peaceful world, with a people with a magnificent past. And you've ruined it. You've burned and you've buried, without a care to what you were throwing away."

The owner of armor production company Quelton Fabrications. She sought to gain a contract for stormtrooper armor in order to sabotage the suits and infect the Empire's army with a disease known as "bottleneck", but her efforts were discovered and stopped by Grand Moff Wilhuff Tarkin and Count Denetrius Vidian.

A tidally-locked planet with a diverse population, Gorse's moon Cynda was a rich source of thorilide crystals, which was a key component in creating shock absorbers for turbolaser cannons. The Empire maintained a notable presence on the planet to safeguard their mining operations.

A Clone Wars veteran who lost his right hand in a demolitions accident, went into a coma, and woke up when the war had ended. Now he's employed as a miner in the Gorse system.

A elderly female Sullustan surveillance agent at Transcept Media Solutions on Gorse, her job was once to collect customer data for advertising purposes, but with the changing times and wars, she's also monitoring employees. Once Hetto, one of her co-workers, is arrested by the Empire for "treason", she gradually starts to have a change of heart.

An elderly miner stationed on Cynda and the owner of a bar on Gorse.

This female Besalisk was the chief of operations of Moonglow Polychemical.

The Besalisk security chief of Moonglow Polychemical, and Lal's husband.

Lal Grallik's cousin, the owner of a diner near the Moonglow refinery.

One of Zaluna Myder's subordinates, who had been in contact with Hera Syndulla over the HoloNet.

The leader of a gang called the Sarlaccs that prowl Gorse City's Shaketown neighbourhood.

The director of the Cynda Mining Guild. 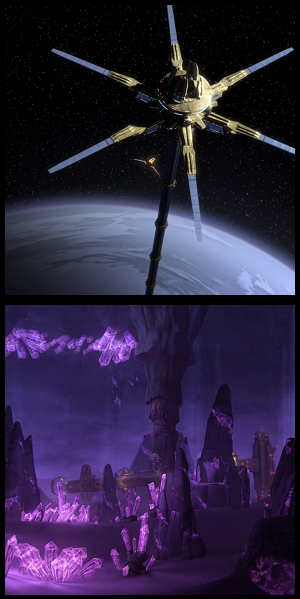 A small world with high atmospheric pressure that rendered its surface uninhabitable. Quarzite's settlements were located underground in massive crystalline caverns and were only accessible through the use of orbital elevators that bypassed the surface. 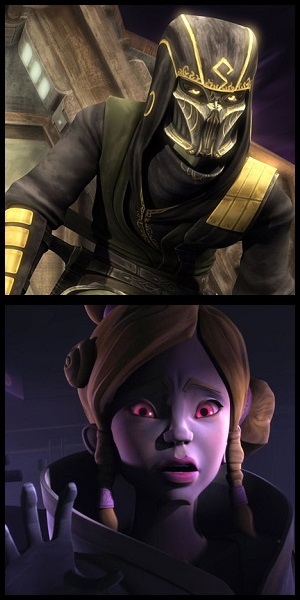 Two siblings of the Kage people, living under the surface of Quarzite. When Pluma got kidnapped by the Belugans, Krismo led a rescue party of Kage warriors to save her, but his effort failed, thanks to Ventress. However, the Nightsister grew to sympathize with them, and let them go in exchange for some money. 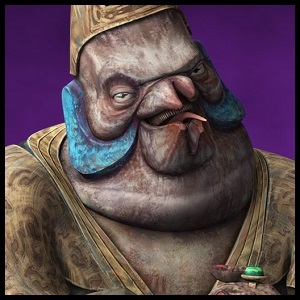 During the time of the Clone Wars, Otua Blank was the tyrant of the Belugans living under the surface of Quarzite. 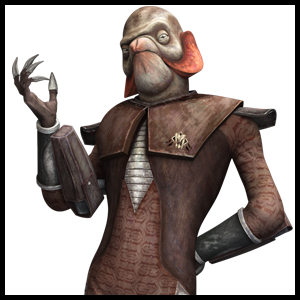 The head henchman of Otua Blank, he hires six bounty hunters to transport Pluma Sodi to his boss.

Kage on other pages

A planet known for manufacturing components used to construct both Death Stars during the reign of the Empire. It later joined the New Republic.