Despite its critical role in the Imperial military, the Citadel on Scarif is regarded as a cushy posting, with many officers considering being assigned there as semi-retirement. While the Stormtroopers garrisoned there remain vigilant and combat ready, the rest of the garrison has become lax in their duties guarding the Empire's most valuable secrets. 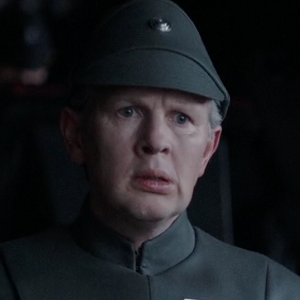 Commander of the Scarif Garrison, Ramda was awarded with command of the Citadel after crushing a rebellion on Syni IV. He enjoys his posting on the tropical planet due to its pleasant weather and unlikelihood of the conflict against the Rebellion reaching his highly secure facility. 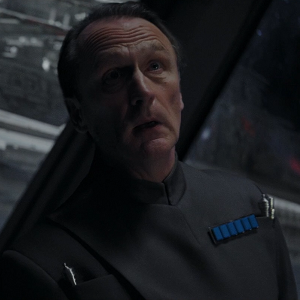 The captain of the Intimidator and commander of the Imperial flotilla guarding the imperial archives on Scarif. 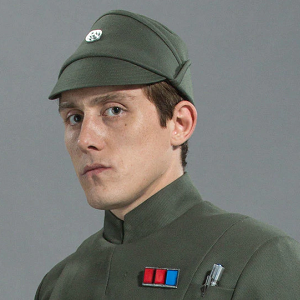 An ambitious officer at the Citadel, Adema is disgusted by General Ramda and many other officers' lax attitude towards their duties. 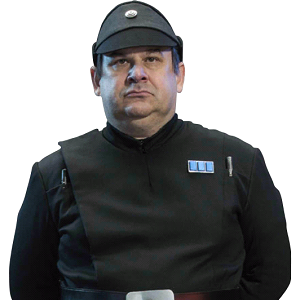 Portrayed by: ???
Appearances: Rogue One
"Can I help you?"

A former librarian turned Imperial security officer in charge of the Scarif archives.

An elite legion consisting of both Army and Navy personnel, the Endor garrison is tasked with operating the shield generator that protects the Second Death Star. 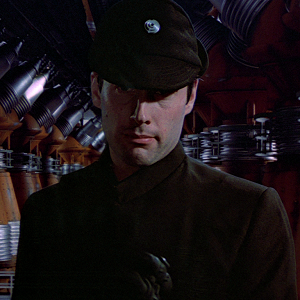 Portrayed by: Ben Burtt
Appearances: Return of the Jedi
"Freeze!"

An Imperial Army colonel and commanding officer of the garrison's ground troops. 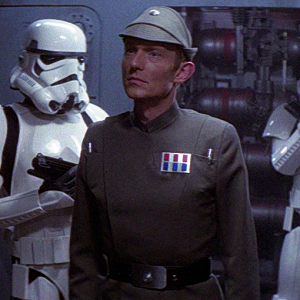 Portrayed by: William Hoyland
Appearances: Return of the Jedi
"This is the Rebel that surrendered to us."

An Imperial Army commander and commanding officer of the AT-AT attached to the Endor base. Luke surrenders himself to Igar, who then delivers him to Darth Vader. 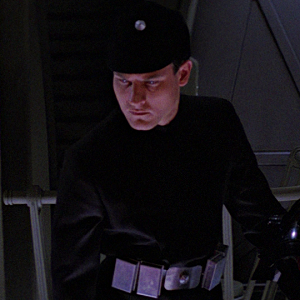 Portrayed by: Anthony Smee
Appearances: Return of the Jedi
"Send three squads to help! Open the back door!"

The senior operator in the shield bunker. 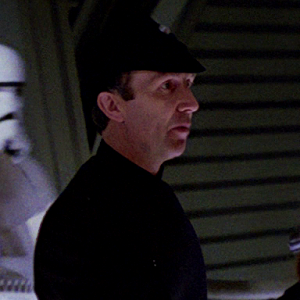 Portrayed by: Barrie Holland
Appearances: Return of the Jedi
"You Rebel scum!"

An officer serving in the shield generator bunker.

Portrayed by: Richard Marquand and Robert Watts
Appearances: Return of the Jedi

The pilot and gunner of an AT-ST attached to the Endor base. 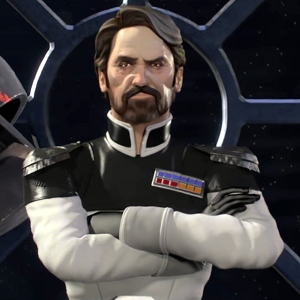 Voiced by: Neil Kaplan
Appearances: Uprising
"Any of you who wish to test the Empire's strength, you will answer to me!"

The Imperial governor in charge of the Anoat Sector, home to Bespin and Hoth, at the time of the Battle of Endor. Also, he is the first post-Endor Imperial warlord in the new canon. He is infamous for establishing the Iron Blockade, a sector lockdown in an attempt to prevent word of the Empire's loss from spreading into the Anoat sector, but it managed to slip through regardless and created an inter-sector conflict between the citizens of the sector and Adelhard's Imperial forces. 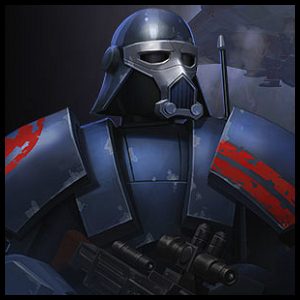 Voiced by: Matthew Waterson
Appearances: Uprising
"A man who lives for his Empire knows no fear. Anyone else is not a man."

Leader of the Purge Troops and the second-in-command of Imperial forces in the Anoat Sector at the time of Endor. Bragh believes that those who rebel against the Empire are less than human and uses his position to indulge his love of causing pain. 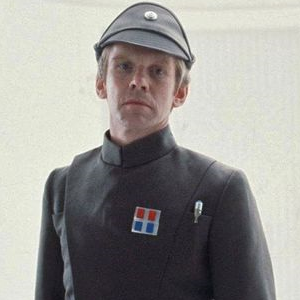 Portrayed by: Jeremy Bulloch
Appearances: The Empire Strikes Back

A male human officer who accompanied Darth Vader during Empire's occupation of Bespin. 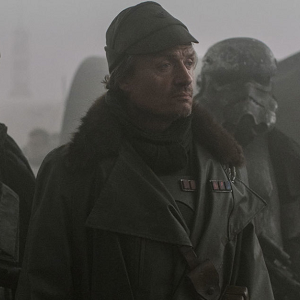 An officer of the 224th Imperial Armored Division. Eight years after the establishment of the Empire, Bolandin was part of the occupation forces attempting to pacify the Mimbanese Resistance. 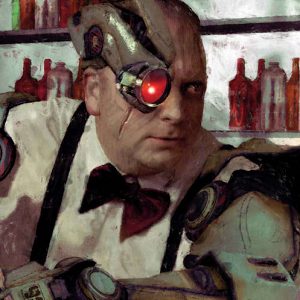 Appearances: Last Call at the Zero Angle
"Rack up half the flight hours I had before the crash and you can talk as much trash as you want. Or get turned into a fireball — that means you go on the wall and we'll speak well of you. But unitl you do one or the other, you mind your manners."

A retired TIE pilot who works as the bartender of the Zero Angle. 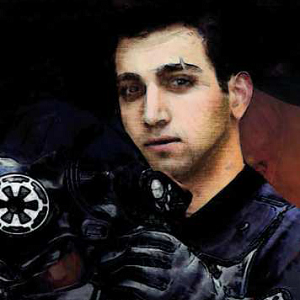 The commander of Nashtah Squadron. 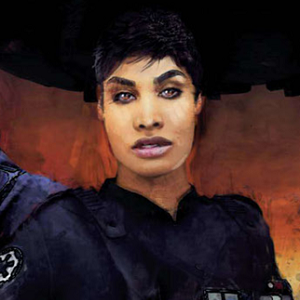 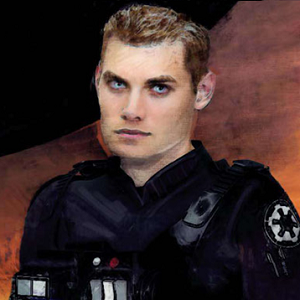 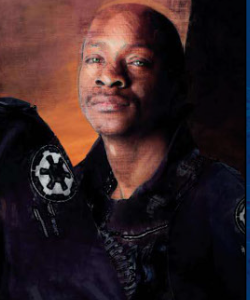 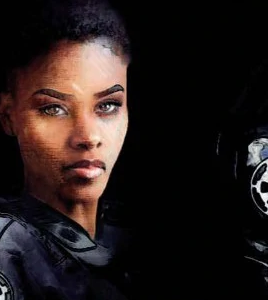 A contemplative male human TIE pilot questioning the goals and methods of the Empire.

A male human officer who led an assault against the Imvur rebels.

See her entry on the Rebel Cells page.
Jeken

See their entry on the Mandalorians page under Imperial Supercommandos.

An Imperial Sector Governor over the planet Ryloth.

A officer in command of the Equatorial Communications center on Ryloth.

See his entry on the Imperial Navy page. 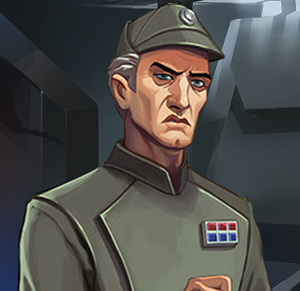 An Imperial Captain who was stationed on his homeworld of Tatooine as the commander of the Imperial garrison there, overseeing the conflict against Jennica Pierce's local rebel cell. 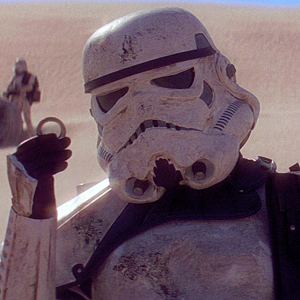 Following the escape of two droids from the Rebel cruiser Tantive IV after it was captured by Imperial forces above the planet Tatooine, Felth was amongst a squad of Sandtroopers sent to search for the droids in the desert.

A young woman born on Sullust who uses her position to support her uncle and the Cobalt Front miners that frequent his cantina - however, whilst on duty she is SP-475 of the Ninety-Seventh Stormtrooper Legion, ordered to enforce ever more draconian laws as the Rebellion step up their attacks. 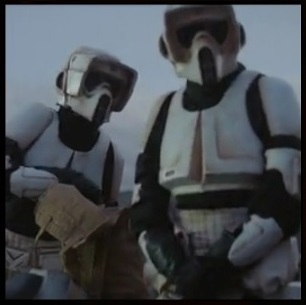 Portrayed by: Jason Sudeikis and Adam Pally
Appearances: The Mandalorian 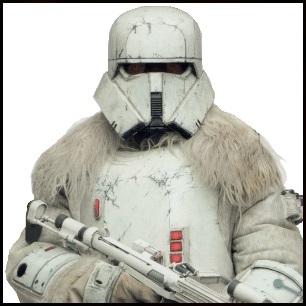 A Range Trooper captain tasked with the protection of a conveyex train, and fought off Tobias Beckett's gang during a heist. 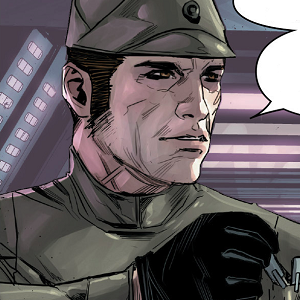 Appearances: Shattered Empire
"There are only two people in the galaxy who could freely access this room. Myself and the Emperor himself. I am all that remains."

The commander of a highly secure Imperial base and research facility on Vetine.