The personal fleet of Darth Vader, including the Star Destroyers Avenger, Accuser, Devastator, and Tyrant, and led by his flagship, the Super Star Destroyer Executor. It is tasked with hunting down the Rebellion, and Luke Skywalker in particular, following their abandonment of Yavin Base. The Death Squadron is triumphant in the Battle of Hoth and later serves as the core of the Imperial Fleet at the Battle of Endor.

Crew of the Executor 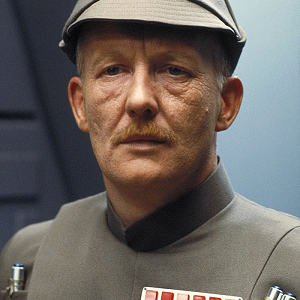 "My Lord, there are so many uncharted settlements."

Ozzel was the commander of Darth Vader's flagship, the Super Star Destroyer Executor, as well as a member of the Imperial military's Joint Chiefs. He led the initial attack on the Rebels' Hoth base, but his poor choice of tactics infuriated Vader to the point of a sudden demotion. 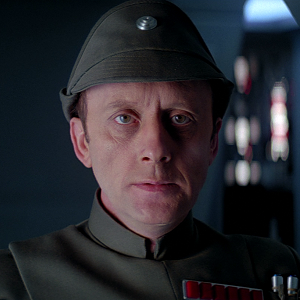 "Alert all commands. Deploy the fleet."

A captain from Axxila who served aboard the Executor. He was promoted to admiral after Admiral Ozzel failed Vader for the last time. He managed to survive under Vader's command long enough to lead the Imperial fleet in the Battles of Hoth and Endor. 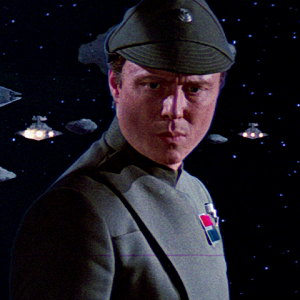 Portrayed by: Pip Miller
Appearances: Return of the Jedi
"We're not going to attack?"

Executive officer of the Super Star Destroyer Executor during the Battle of Endor. 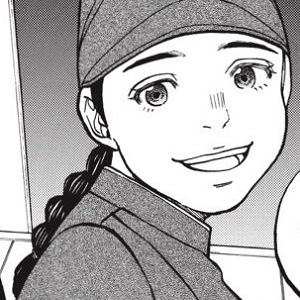 An officer on the Devastator who befriends Ciena Ree. She is later transferred alongside her to the Executor.

See his entry on the COMPNOR page. 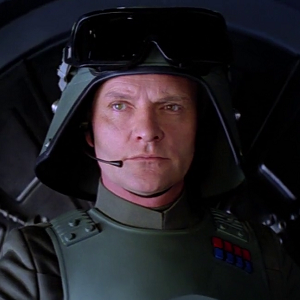 An Imperial Army officer from Denon stationed aboard the Executor. He leads the elite Blizzard Force during the Battle of Hoth.

Crew of the Avenger 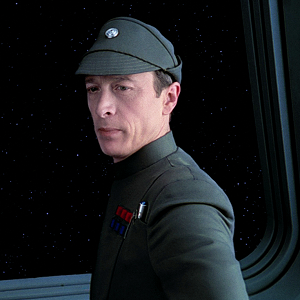 "They're moving to attack position. Shields up!"

Portrayed by: Michael Culver
Dubbed by: Daniel Russo (European French)
Appearances: The Empire Strikes Back
"Get a shuttle ready. I shall assume full responsibility for losing them, and apologize to Lord Vader."

The commander of the Imperial Star Destroyer Avenger during the Battle of Hoth.

Crew of the Tyrant 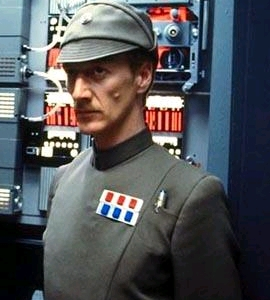 Portrayed by: John Dicks
Appearances: The Empire Strikes Back
"Our first catch of the day."

Captain of the Imperial Star Destroyer Tyrant during the Battle of Hoth.

Crew of the Devastator 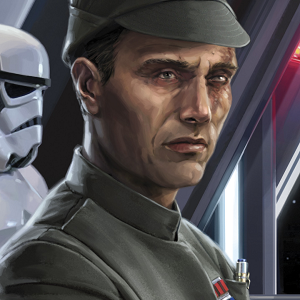 Appearances: Blade Squadron
"Spare me, commander. After the battle is won I am sure there will be time enough for appropriate congratulations."

Commander of the Star Destroyer Devastator, a vessel in Death Squadron and Vader's former flagship. Montferrat participated in and met his demise at the Battle of Endor. 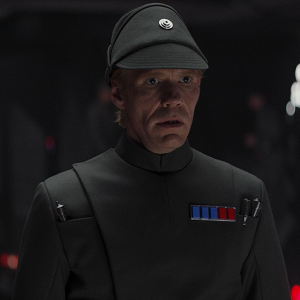 Portrayed by: Michael Schaeffer
Appearances: Rogue One
"The rebel flagship is disabled, my Lord. But it has received transmissions from the surface."

Captain of the Devastator during the Battle of Scarif.

One of the best Imperial pilots in the fleet, Gradd is the commander of the Devastator's TIE squadrons during the Battle of Endor. 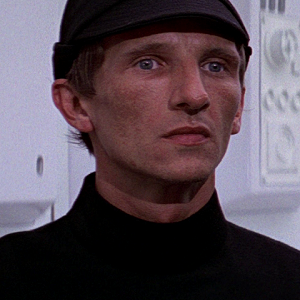 Portrayed by: Al Lampert
Appearances: A New Hope
"Holding her is dangerous. If word of this gets out, it could generate sympathy for the Rebellion in the Senate."

An officer on the Devastator who served under the command of Darth Vader. 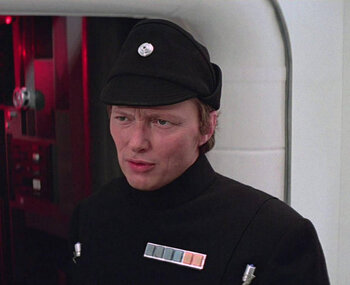 Portrayed by: George Roubicek
Appearances: A New Hope
"Lord Vader, the battle station plans are not aboard this ship and no transmissions were made. An escape pod was jettisoned during the fighting but no life forms were aboard."

Another Imperial commander serving aboard the Devastator during the skirmish above Tatooine.

A high-ranking officer on the Devastator, five years before the Battle of Yavin.

Former crew on other pages

Crew of the Ultimatum 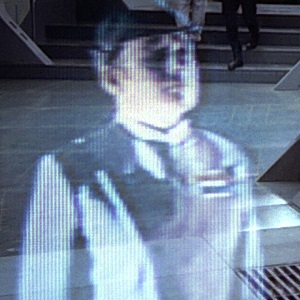 Portrayed by: Stephan Buchanan
Appearances: The Final Order | The Empire Strikes Back

The second-in-command of the Ultimatum under Commodore Rae Sloane. He held command of the Star Destroyer during the Battle of Hoth due to Sloane being away on assignment.

The Ultimatum's second-in-command during the mission to Gorse.

Appearances: A New Dawn | Lord Vader Will See You Now

The chief planetary science officer of the Ultimatum.