open/close all folders
Advertisement:
Imperial Army
The ground based branch of the Imperial military, it evolved out of the Grand Army of the Republic. The Imperial Army occupied thousands of worlds across the galaxy, with its fearsome Stormtrooper Corps being one of the primary signs of oppression. Mechanized vehicles like the massive AT-AT or smaller AT-ST were utilized by the Imperial Army to assault and suppress rebellious activity. Prior to the Battle of Yavin, the army also maintained its own separate TIE fighter squadrons, which were incorporated into the naval command structure during the military reorganization that followed the Death Star's destruction. 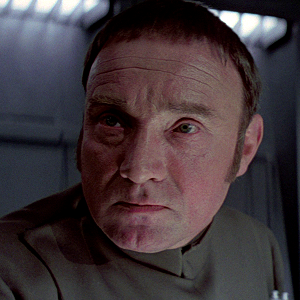 Portrayed by: Don Henderson
Appearances: Tarkin | A New Hope | From a Certain Point of View | Darth Vader
"Until this battle station is fully operational, we are vulnerable. The Rebel Alliance is too well equipped; they're more dangerous than you realize."

A noble from Tepasi, Tagge was the Chief of the Imperial Army and a member of the Empire's Joint Chiefs. He briefly visited the first Death Star with his fellow Chiefs, and unlike his peers he considered the Rebel Alliance to be a possible, if unlikely, threat. Following the Death Star's destruction, Tagge was made the Emperor's chief enforcer, with even Darth Vader subservient to him. 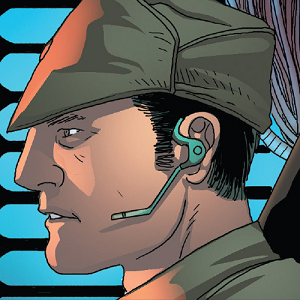 Appearances: Darth Vader
"These are my orders. If you refuse . . . I'll have to report it to the General. Please comply."

A lieutenant aboard the Super Star Destroyer Annihilator and aide to Grand General Tagge. 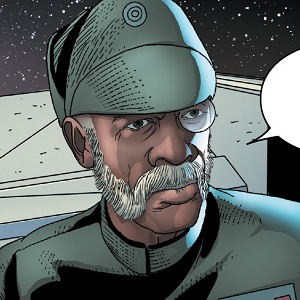 A Grand General active after the Battle of Endor.

Appearances: Aftermath | Life Debt
"Putting so much time, and money, and effort, and people into the ecosystem of that massive battle station was a fool's crusade. Palpatine was arrogant."

A legendary Imperial general and strategist, General Shale commands the Star Destroyer Ascent. A few months following the Battle of Endor, Shale is among the high-ranking Imperials who gather at the conference on Akiva.

One of the eldest officers in the Imperial Military, Borrum served in the Grand Army of the Republic and continued serving the Empire. He is selected by Fleet Admiral Gallius Rax to serve on his "Shadow Council", a group of Imperial officials seeking to save and remake the Empire following the Battle of Endor.

See his entry on the Death Star Crew page.
Advertisement: 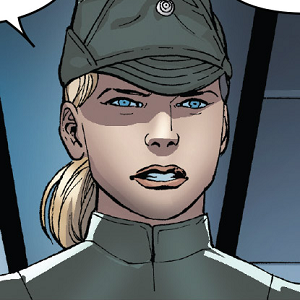 An officer serving under Grand Moff Tarkin during the early years of the Empire who participated in the invasion of Mon Cala. 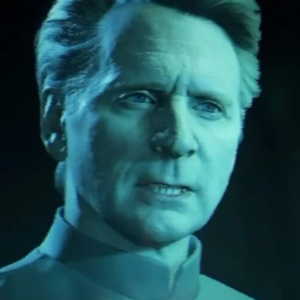 An Imperial officer running a munitions depot in the Remitik system, who finds himself besieged by the New Republic. 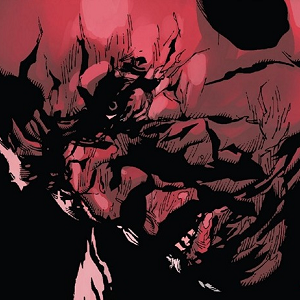 A member of the Imperial Special Forces and an inmate of the Rebel Alliance's Sunspot Prison. He is one of sixteen other inmates released when a team of mercenaries, who believe the prisoners should be executed rather than imprisoned, takes over Sunspot prison. 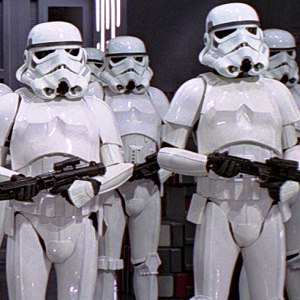 "Stop that ship! Blast them!"

Following the establishment of the Empire, the Clone Legions of the Republic were reorganized into the elite Stormtrooper Corps, serving as the Empire's most prestigious unit - and its most brutally efficient. As time went on, however, the Corps underwent massive expansion, with the aging clones phased out in favor of cheaply-trained conscripts and volunteers, eventually becoming little more than a specialized infantry force. 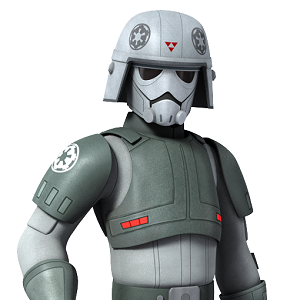 The Imperial Army's elite ground vehicle pilots, known to operate the AT-DP walker, speeder bike, AT-AT walker, AT-ST walker, and the Imperial Troop Transport. The AT-AT Drivers are usually seen being commanded by an Imperial officer, such as Agent Kallus in Rebels and General Veers in The Empire Strikes Back.

See their entry on the Mandalorians page. 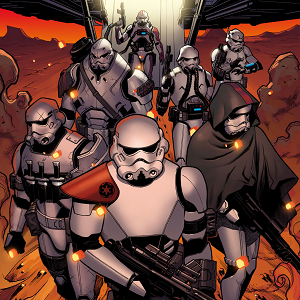 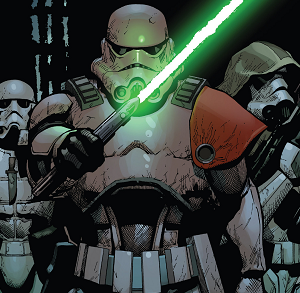 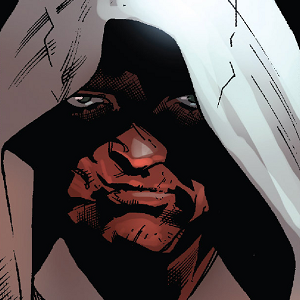 to see him as the Gamemaster
Appearances: Star Wars (Marvel 2015)

An undercover stormtrooper and SCAR trooper of the Galactic Empire, serving in the 501st Legion under the direct command of Darth Vader. He was assigned to infiltrate Grakkus the Hutt's organization as his arena gamemaster in order to learn about his stash of Jedi artifacts. After completing that mission, Kreel is given command of a SCAR trooper squad, Task Force 99. 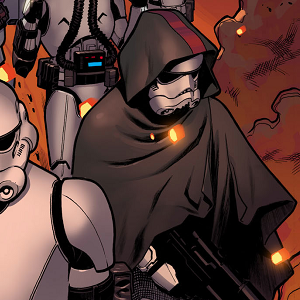 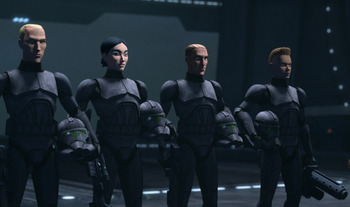 A squad of handpicked Imperial troopers recruited by the Empire and under Crosshair's command, tasked with eliminating rebel threats and other holdouts in the early days of the Empire. 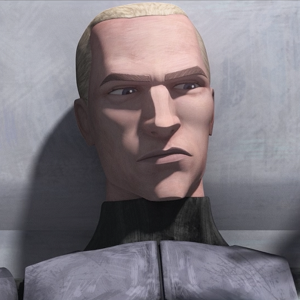 One of the initial four recruits of Project War-Mantle, ES-01 balks at serving under the command of a clone and has ambitions to take command of the squad from Crosshair. 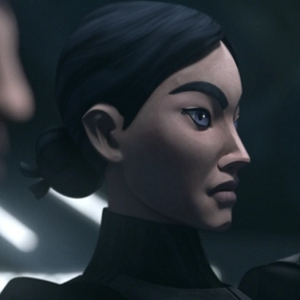 Another of Rampart's initial recruits for the Elite Squad, ES-02 did not trust Crosshair. 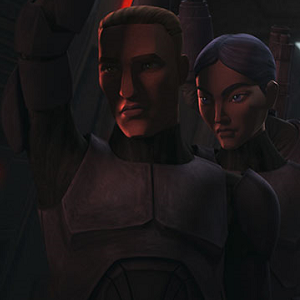 One of Rampart's initial recruits for the Elite Squad. 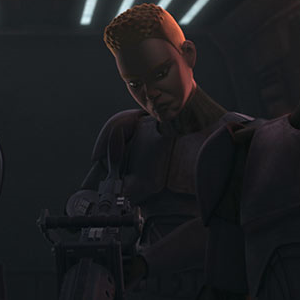 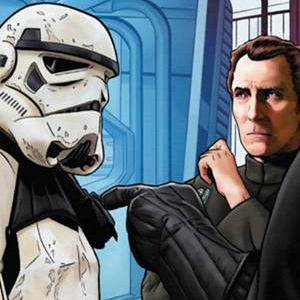 A clone trooper still in service to the Empire five years after the Clone Wars ended. He serves under Darth Vader. 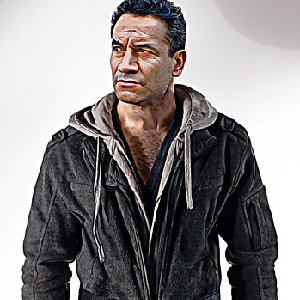 A clone trooper still in service to the Empire shortly after the Battle of Yavin 4. Torrent is stationed aboard the Star Destroyer Vehement and serves under the command of ISB officer Alecia Beck during her hunt for the Rebel unit known as the Shrikes.

Stormtroopers on other pages 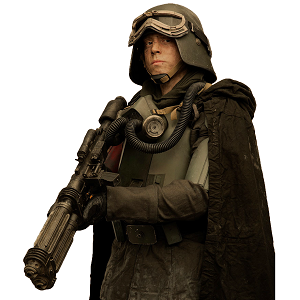 Following the end of the Clone Wars, the planetary defense forces and local militias of the former Republic's member-states were forcibly integrated into the Imperial Army. Consisting almost exclusively of conscripts, these poor souls served as cannon fodder in the Empire's earliest conflicts before being replaced by the rapidly expanding Stormtrooper Corps.