All spoilers regarding the Skywalker Saga, The Clone Wars and Rogue One are unmarked. Examples relating to Disney's EU and the new movies can be spoiler-tagged if deemed necessary. 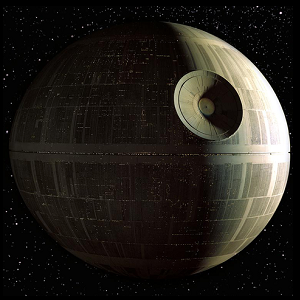 "Both as impregnable fortress and as symbol of the Emperor's inviolable rule, the deep-space mobile battle station was an achievement on the order of any fashioned by the ancestral species that had unlocked the secret of hyperspace and opened the galaxy to exploration."
— Grand Moff Wilhuff Tarkin

A massive mobile space station the size of a small moon, the Death Star is considered the ultimate technological achievement of the Galactic Empire's Imperial Intelligence division. With a crew of nearly a million officers, soldiers and technicians, its most prominent feature is a superlaser capable of destroying an entire planet. It serves as the seat of the Imperial Joint Chiefs and a testament to Governor Tarkin's "Rule Through Fear" doctrine. 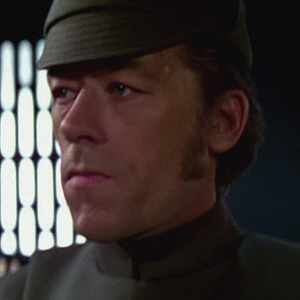 Portrayed by: Leslie Schofield
Appearances: A New Hope
"We've analyzed their attack, sir, and there is a danger."

A general serving as station chief aboard the Death Star and aide to Governor Tarkin. He tries to warn the Grand Moff of the danger the Rebel attack poses to the station. 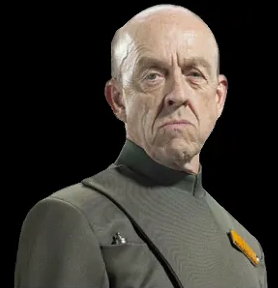 "Shall I begin targeting their fleet?"

A general in the Imperial Military and ally of Grand Moff Tarkin. Although a member of the Death Star's command staff, he was not present aboard the station when it was destroyed. Romodi eventually came to serve aboard the Executor and commanded operations against Rebel cells and Crimson Dawn. 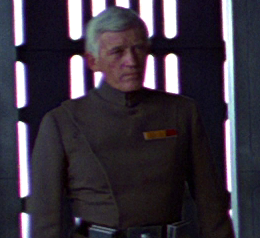 Portrayed by: Patrick Jordan
Appearances: A New Hope
"Our scout ships have reached Dantooine. They found the remains of a Rebel base, but they estimate that it has been deserted for some time."

A officer who serves as an aide to Grand Moff Wilhuff Tarkin. 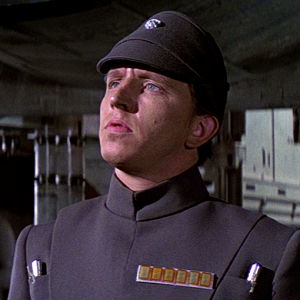 Portrayed by: Christopher Muncke
Appearances: A New Hope
"Get a scanning crew in here on the double! I want every part of this ship checked!"

A security officer who oversees the docking bays aboard the Death Star. 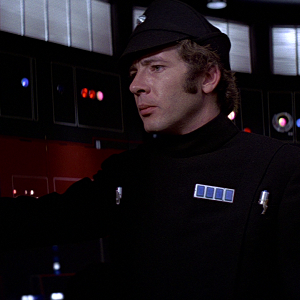 Portrayed by: Peter Sumner
Appearances: A New Hope
"TK-421, why aren't you at your post?"

A officer on the Death Star who oversaw the hangar in which the captured Millennium Falcon was held. 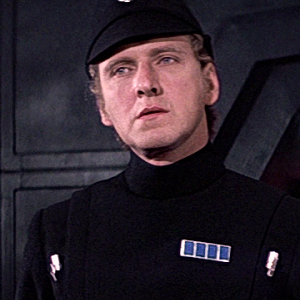 Portrayed by: Malcolm Tierney
Appearances: A New Hope
"Where are you taking this... thing?"

A Imperial officer on the Death Star in charge of the prison block. 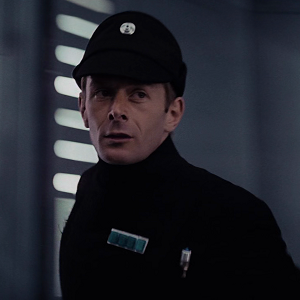 Portrayed by: Andy Bradford
Appearances: A New Hope
"We count thirty Rebel ships, Lord Vader. But they're so small they're evading our turbolasers."

An officer on the Death Star who serves as Darth Vader's tactical officer. 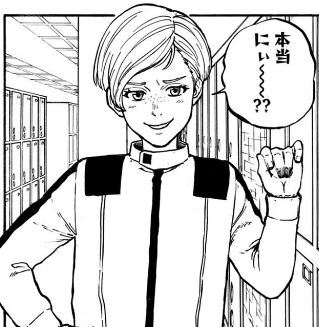 From the manga adaption of Lost Stars

Appearances: Lost Stars
"Science is the study of the entire material universe. Therefore everything is science -— whether you see it or not."

Jude was roommates with Ciena Ree and Kendy Idele at the Imperial Academy on Coruscant. Following her graduation, she was assigned to the Death Star and perished in the Battle of Yavin.

The leader of Sigma Squadron. 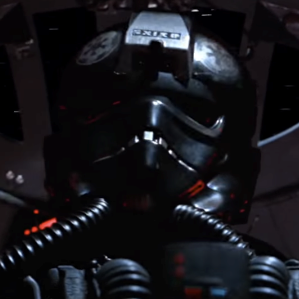 Portrayed by: ???
Appearances: A New Hope

Two TIE pilots stationed in Death Star and accompanied Darth Vader as his wingmen during Battle of Yavin. 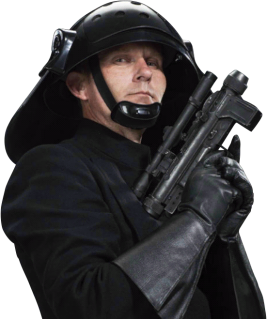 Portrayed by: ???
Appearances: Rogue One

An Imperial Navy Trooper who operates the main computer terminal in the Death Star's control room and directs the superlaser's gunners. 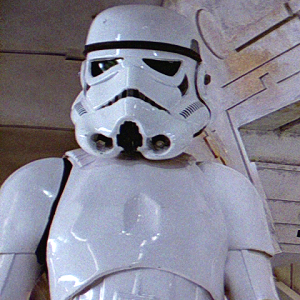 Portrayed by: Stephen Bayley
Appearances: From a Certain Point of View | A New Hope
"I hate having to wear this helmet all the time. I mean, it's so so so so bad for the skin, G7, you have no idea."

A Stormtrooper stationed on the Death Star who likes working with his MSE-6 "Mouse Droid", G7. He entered into an affair with a high-ranking officer shortly before the Millennium Falcon was captured. 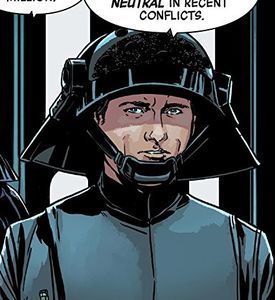 An Imperial Navy Trooper who serves as the chief gunner aboard the Death Star.