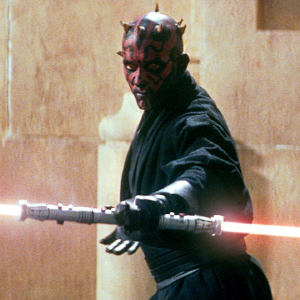 "You cannot imagine the depths I would
go to to stay alive, fuelled by my singular hatred... for you."
Click here 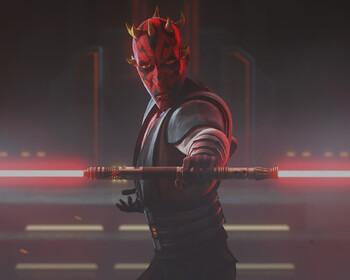 to see his The Clone Wars appearance
Click here 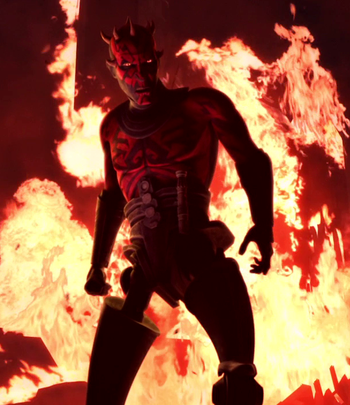 to see his The Clone Wars Season 4 appearance
Click here 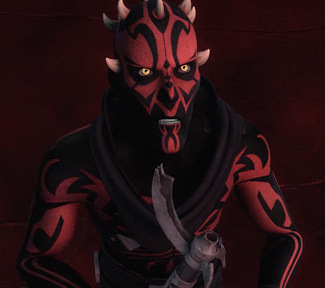 to see his Rebels appearance
Advertisement:

Darth Maul was a Force-sensitive Dathomirian Zabrak warrior who was skilled with a double-bladed lightsaber and served as the first Sith apprentice of Darth Sidious. Although seemingly killed by Obi-Wan Kenobi during the Battle of Naboo, his hatred for the young Jedi proved strong enough for him to survive his injuries and return in the Clone Wars in order to seek vengeance against Kenobi. Sidious would later confront Maul again on multiple occasions, ultimately ensuring that Maul's power grabs would never pose a threat to the nascent Empire he was building. However, Maul survived long enough to see the early days of the Rebellion.

Advertisement:
open/close all folders
A-D
E-H
to them because of a Sith Lord (Satine was killed by Maul, while Mother Talzin was defeated by Sidious before being killed by Grievous), while they are forced to helplessly watch. And when Talzin is killed in front him, he even makes the exact same gesture Obi-Wan did when he murdered Satine.
I-P
Q-Y
Advertisement:
"At last, we will reveal ourselves to the Jedi. At last, we will have revenge."