All spoilers regarding the Skywalker Saga and The Clone Wars are unmarked. Examples relating to Disney's films and EU can be spoiler-tagged if deemed necessary.
Spoilers relating to the short story "The Crimson Corsair and the Lost Treasure of Count Dooku" from Tales from a Galaxy Far, Far Away: Volume 1 are also unmarked due to relying on the plotline of a clone trooper introduced in The Clone Wars.

Advertisement:
Tropes specifically applying to the characters based on their appearances in Star Wars Legends can be found here. 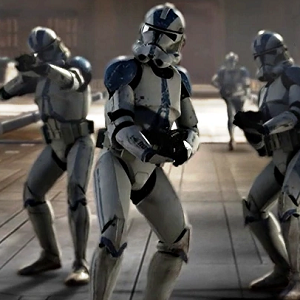 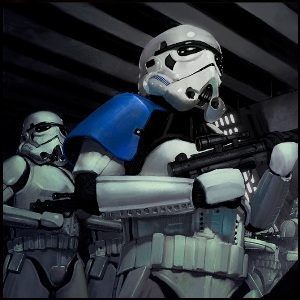 The 501st Legion was a battalion of clone troopers that were assigned to Jedi Knight Anakin Skywalker and his Padawan learner Ahsoka Tano during the Clone Wars. The 501st fought in several key battles throughout the Clone Wars. At the end of the war, elements of the 501st were present on both Coruscant and Mandalore. Following the execution of Order 66, Darth Vader led the 501st in the assault on the Jedi Temple, while on Mandalore, note  Or the Tribunal Venator-class Star Destroyer Ahsoka was hunted by the clone troopers. The surviving clone troopers of the 501st continued to serve Darth Vader as his personal enforcers, becoming known as "Vader's Fist", until all of the remaining clone troopers were replaced by recruits.

See his entry on the Crew of the Ghost page.
Appo 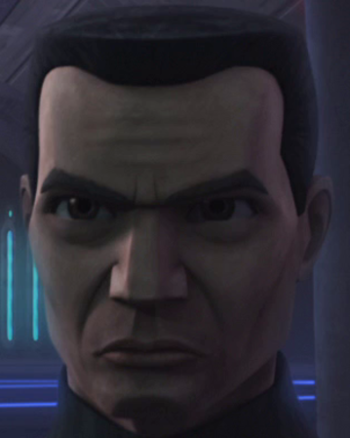 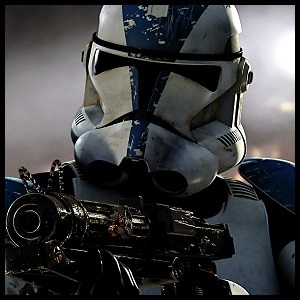 Appearances: The Clone Wars | Revenge of the Sith
"There's been a rebellion, sir. Don't worry. The situation is under control. I'm sorry, sir. It's time for you to leave."

Appo was a clone trooper who served as a sergeant (and later a commander) in the 501st. He fought in the Battle of Umbara and later participated in the attack on the Jedi Temple. 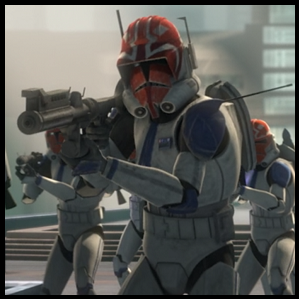 A captain in the 501st Legion, Vaughn became part of the newly-formed 332nd Company when General Anakin Skywalker divided the Legion in two so that they could respond to the threat of Darth Maul and General Grievous simultaneously. He participates in the Siege of Mandalore alongside newly-promoted Commander Rex and Advisor Ahsoka Tano. 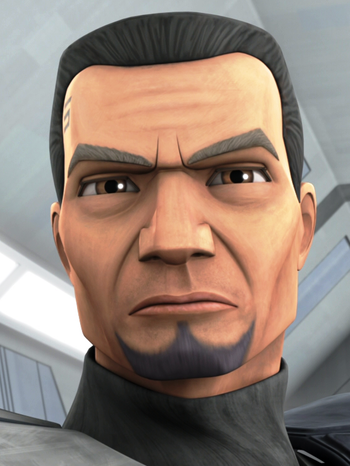 "We are loyal soldiers, we follow orders, but we are not a bunch of unthinking droids! We are men! We must be trusted to make the right decisions, especially when the orders we are given are wrong!"
Click to see him in full armor 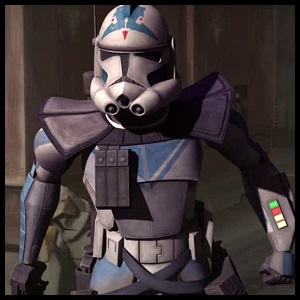 "I'm ready to do my part, General Skywalker."
Appearances: The Clone Wars
"I am not just another number! None of us are!"

Fives was once a member of the dysfunctional cadet squad Domino Squad. He and Echo became part of the 501st Legion after showing their ingenuity during the battle of the Rishi moon and became ARC troopers after the Battle of Kamino. He later discovered one of the most horrible secrets of the clone army and paid with his life for it.

See his entry on the Clone Force 99 page. 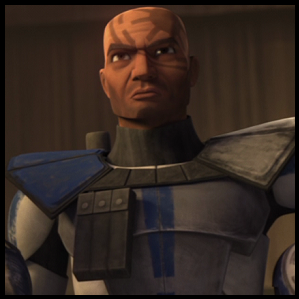 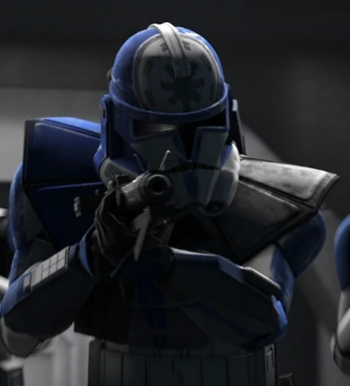 Appearances: Age of Republic | The Clone Wars | Dark Disciple | Tales of the Jedi

Jesse was a veteran 501st clone trooper with a sardonic sense of humor. By the time of the Battle of Anaxes, he became an ARC trooper.

Ridge was a minor clone trooper in the 501st. 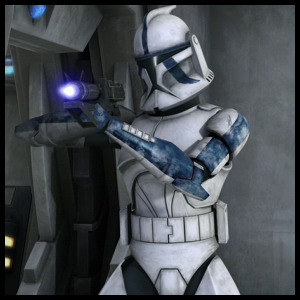 Denal was considered one of the best clone troopers in the 501st. 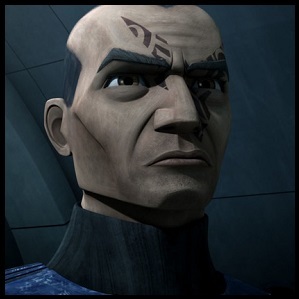 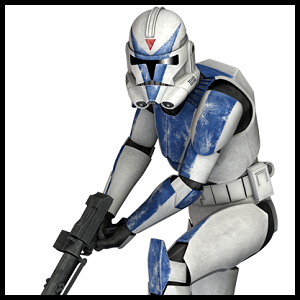 Appearances: The Clone Wars
"Well, I for one agree with the General's plan."

Dogma was a fanatically loyal rookie clone trooper assigned to the 501st Legion starting with the Battle of Umbara. His fanaticism for the chain of command became his undoing when General Pong Krell temporarily took control of the 501st. 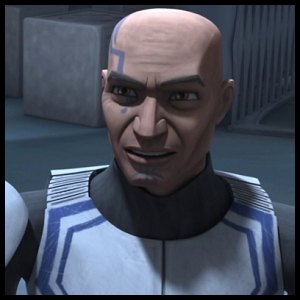 "I prefer a good fight to all this sneaking around."
Click to see him in full armor 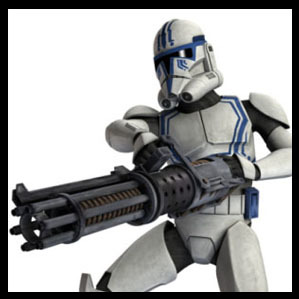 Hardcase was a veteran, but somewhat mentally unhinged 501st clone trooper with a love for battle. 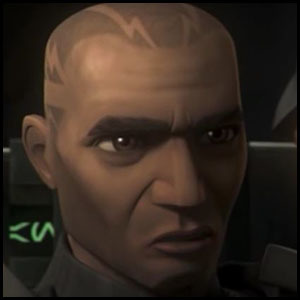 Kix's The Clone Wars design in seasons two to six.
Click to see him in full armor 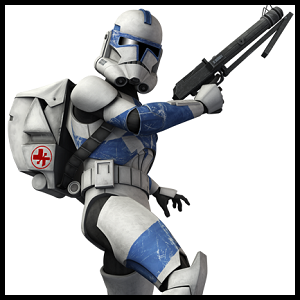 Click to see his The Clone Wars Season 7 design 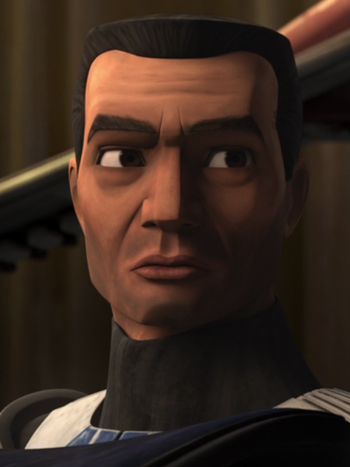 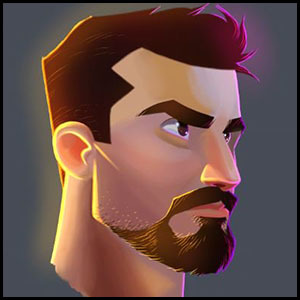 Appearances: The Clone Wars | Tales From a Galaxy Far Far Away Vol. 1 | Adventures
"Sir, as the team medic, when it comes to the health of the men, including you, I outrank everyone."

Kix was was a clone medic who served in the Republic's 501st Legion during the Clone Wars. One set of unfortunate circumstances later, he ends up being the last clone left alive by the time of the First Order. 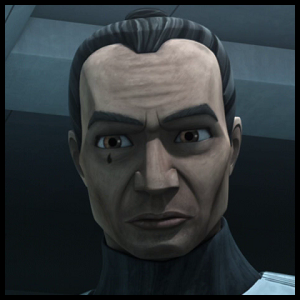 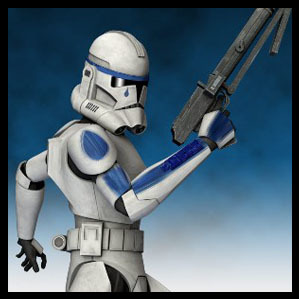 Appearances: The Clone Wars
”Hey, ugly! Come and get me!”

Tup was a rookie clone trooper who served in the 501st Legion. During the Battle of Ringo Vinda, Tup's bio-chip malfunctioned, resulting in him executing Clone Protocol 66 early and killing Jedi General Tiplar.

Sterling was a clone trooper who fought in the Siege of Mandalore as part of the 332nd under Advisor Ahsoka Tano and Commander Rex. He and his unit were jumped by Maul during the battle, leaving him one of the few survivors of the incident.

Redeye was a minor clone trooper in the 501st. He debuted in the Season 2 episode "Voyage of Temptation", alongside fellow trooper Mixer. Alongside several others, they were both stationed on the Yacht Coronet as protection for the passengers (All of them major political figures).

Mixer was a minor clone trooper in the 501st. He debuted in the Season 2 episode "Voyage of Temptation", alongside fellow trooper Redeye. Alongside several others, they were both stationed on the Yacht Coronet as protection for the passengers (All of them major political figures).

Charger was a minor clone trooper in the 501st. He debuted in the Citadel arc of Season 3. He was a member of a unit tasked to liberate several republic Prisoners from the separatist prison of the same name.

Ringo was a minor clone trooper in the 501st. He appeared in the Umbara arc of Season 4.

Oz was a minor clone trooper in the 501st. He appeared in the Umbara arc of Season 4. 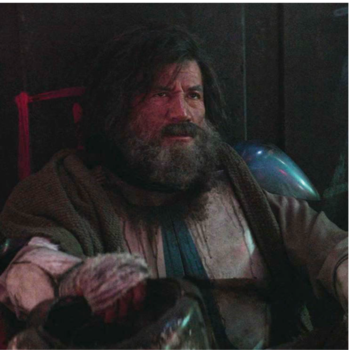 Appearances: Obi-Wan Kenobi
"Spare any credits? Help a veteran get a warm meal."

A lone homeless clone veteran, now left to beg on the streets of Daiyu. 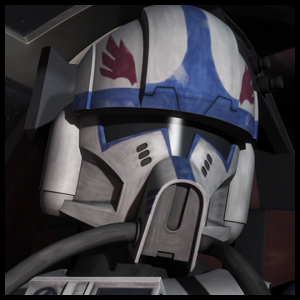 Hawk was a clone pilot serving in the 501st. He participated in several of the most important battles of the Clone Wars as both a gunship and fighter pilot.