Characters of Star Trek Online affiliated with the Romulan Star Empire and the Romulan Republic.
open/close all folders

New Romulus Task Force
A joint task force dedicated to the construction and protection of New Romulus. Unlike the other reputations, this task force is more dedicated to science and humanitarian efforts and ultimately responsible for the storyline developments of Season 8. Headquartered on New Romulus.

The Player Character and Crew

The Romulan Captain
The Player Character, initially a colonist on Virinat, a backwater farm world on the Romulan Star Empire's rimward frontier. The Tal Shiar and Elachi under Hakeev attack the colony and force everyone to flee, and the player takes control of an old T'liss-class warbird left in orbit by a deserting Grand Fleet crew. The Romulan Republic arrives and helps the player defeat Hakeev.

Because everything else from his/her/it's appearance to species can be wildly different from player to player, only general characteristics will be listed here. 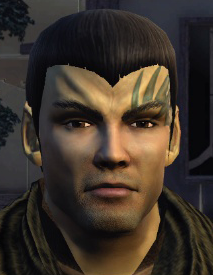 The Romulan PC's best friend from Virimat and their first officer. 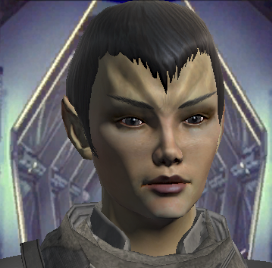 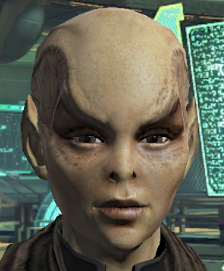 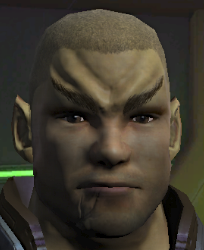 A scientist who was arrested by the head of his colony for speaking out against the Tal Shiar.
D'Vex
Played by Tim Simmons

A former engineer on the T'liss-class warbird the player takes over for their starting ship, he ends up using his skills to help Virinat. He's captured and later rescued by the Romulan Captain.

The Romulan Republic
The Romulan player faction. Initially a coalition of Unificationists and other political dissidents, disaffected Romulan Fleet officers, and colonial militias that formed in the post-Hobus political chaos, they settle Dewa III and are recognized as a legitimate state by the Federation and the Klingons, and become a force to be reckoned with by 2410.
Proconsul D'Tan 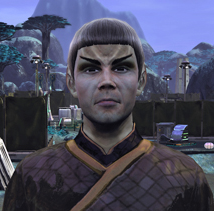 The leader of Ambassador Spock's reunification movement. Following the disappearance of Sela, he sets up the colony of New Romulus with the Reman Resistance and is now the Proconsul of the Romulan Republic. 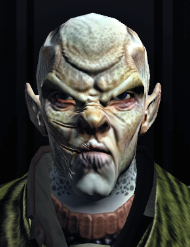 The leader of the Reman Resistance trying to win their freedom from slavery under what's left of the Romulan Star Empire, and a supporting character in the "Romulan Mystery"/"Freedom" storyline. Later joins with D'Tan's people to form the Romulan Republic. 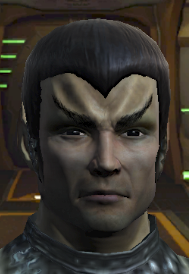 A Romulan Republic Spy who has successfully infiltrated the highest levels of the Tal Shiar. 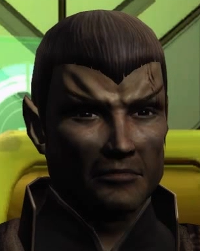 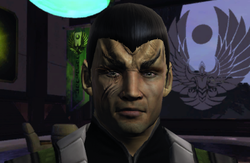 The supreme commander of the Republic military and one of the founding personalities behind the Republic itself. A former staff officer with the Star Empire's navy, he was promoted to the admiralty to fill vacancies left by Hobus, but quickly became worried about the increasing influence of the Tal Shiar and contacted D'Tan in hopes of finding a way of preventing them from co-opting the Fleet altogether.

Acts as the quest giver for the "Vengeance" episode, which deals with the Elachi.

Slamek
A Reman with a very big habit of being in the wrong place at the wrong time.
Commander Mena

A Republic Intelligence officer working with the Delta Alliance. 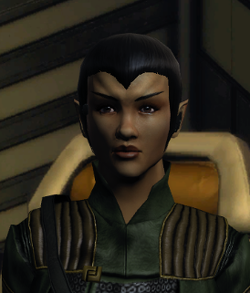 A Republic Intelligence officer who appears in several patrols, and is one of Mena's subordinates.

Crew of the RRW Lleiset 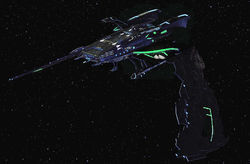 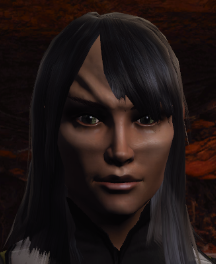 The commanding officer of the RRW Lleiset. 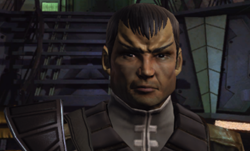 Chief engineer of the RRW Lleiset and a former officer of the Reman Resistance under Obisek.
Dr. Rhian Cratak 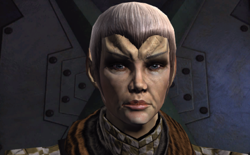 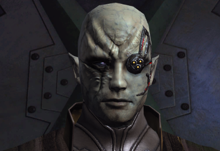 Security officer of the RRW Lleiset, and a liberated Borg. 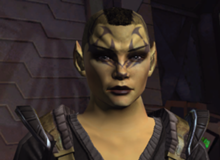 Tactical officer of the RRW Lleiset. 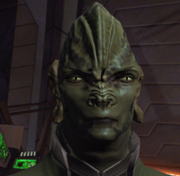 Science officer of the RRW Lleiset.

Twenty-two years on from the destruction of Romulus and Remus, what was once a state rivaling the Federation and the Klingon Empire is a shadow of its former self. Headquartered on Rator III, the Hereditary Republic has been turned into an absolute monarchy under Sela, but many of the systems that survived the supernova have seceded and there is an ongoing power struggle between the legitimate empire and the Tal Shiar. And all that's before the Romulan Republic turns up. 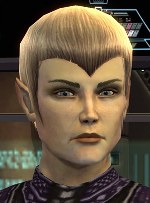 The self-proclaimed Empress of the Romulan Star Empire and the half-human daughter of the temporally displaced Starfleet officer Natasha Yar. Tremendously narcissistic and sociopathic and uniformly loathed by the playerbase. 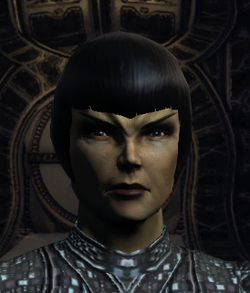 The former head of the Romulan Star Empire before she went "missing" in the years before Sela's rise to power, Taris rose to prominence after leading Grand Fleet remnants to victory against an opportunistic (and unauthorized) Klingon invasion led by J'mpok. She was subsequently overthrown in a Military Coup led by Velal and Sela and vanished. She is also responsible for the destruction of Romulus but she claims she was tricked by Hakeev.

Tal Shiar
Years prior to the destruction of Romulus, the Tal Shiar were the Romulan Empire's intelligence and State Sec agency, working behind the scenes to protect the Imperial government from foreign threats and politically inconvenient citizens. With the planet's destruction and the Empire's shaky foundation, the Tal Shiar has now become its own organization running something of a military junta, trying to restore the Empire by force, utilizing means that even the current Empress, Sela, would disapprove of, and has co-opted much of the actual Romulan Star Navy.
Colonel Hakeev 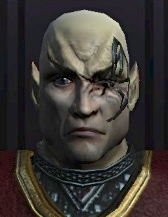 "I will admit that I take no little pleasure in this task. It will be quite entertaining to make some of those self-righteous humans turn on one another, or push one of those blustering braggarts from Qo'noS until he begs for death. Oh, and the Vulcans ... I will make Vulcans weep, and I will savor every tear."

The leader of the Tal Shiar. Also an Iconian collaborator. 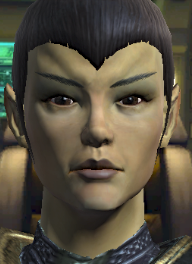 A Tal Shiar operative and Tovan's former lover. She approaches the Romulan Captain shortly after their promotion to Centurion and tries to convince them that D'Tan's goals may not be as noble as he says they are.
Commander Janek 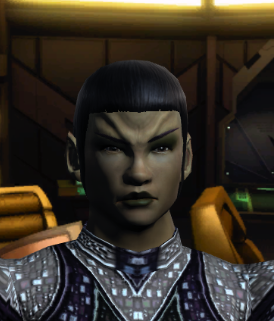 An unusually reasonable Tal Shiar officer working under Hakeev. She's the Romulan Republic PC's direct superior during their infiltration of the Tal Shiar.