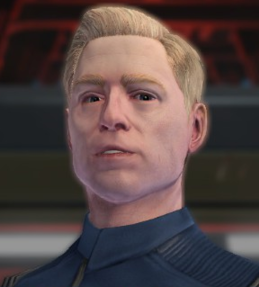 A holographic recreation of Paul Stamets from the 23rd century. He later gains the real Paul Stamet's memories and personality, becoming alive.

General
House Mo'Kai, sometimes called the "House of Mo'Kai," was one of the Great Houses in the Klingon Empire until its dissolvment. Its last leader was Aakan.
J'Ula 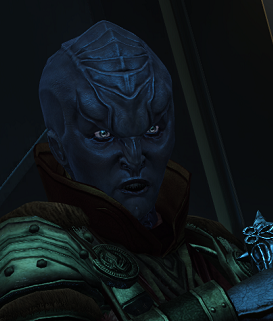 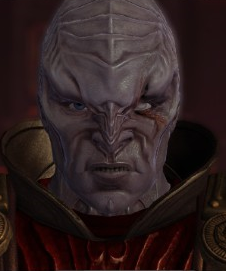 A Klingon Special Forces operative in the 23rd century.

General
The crew of the I.S.S Discovery that is transported to the future by their spore drive.
Captain Tilly ("Captain Killy") 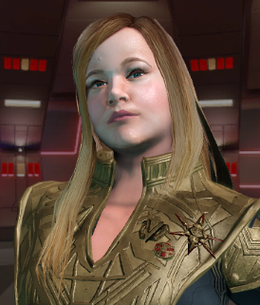 Captain Sylvia Tilly (also known as "Captain Killy") is a Terran Captain and the Mirror Universe counterpart of Cadet Sylvia Tilly. In 2256, Tilly was in command of the I.S.S. Discovery. When the U.S.S. Discovery jumped into the Mirror universe using the spore hub drive, Tilly, her ship and her crew were thrown into the 25th century of the Prime universe where she remains at large.