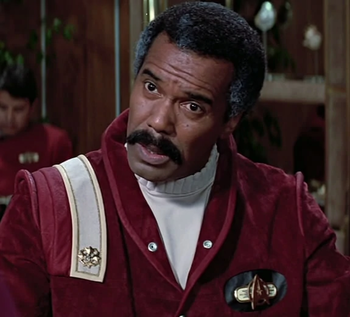 "I'm a Commander of Starfleet, so I don't break the rules."
Played by: Robert Hooks
Dubbed in French by: Pierre Saintons
"Jim, your life and career stand for rationality, not intellectual chaos. Keep up this emotional behavior and you'll lose everything."
A cautious and skeptical Starfleet admiral.
Advertisement:
Captain Jonathan T. Esteban 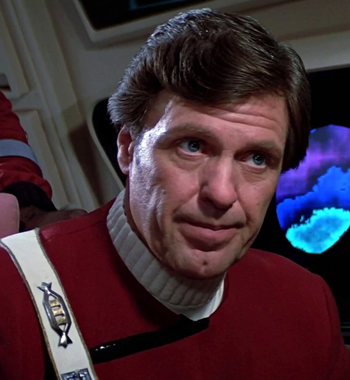 "Dr. Marcus, it's your planet."
Played by: Phillip Richard Allen
Dubbed in French by: Bernard Alane
"Exercise caution, Lieutenant. This landing is Captain's discretion, and I'm the one going out on a limb."
The captain of the U.S.S. Grissom, an Oberth-class science vessel assigned to study the newly formed Genesis planet.
Captain Lawrence Styles 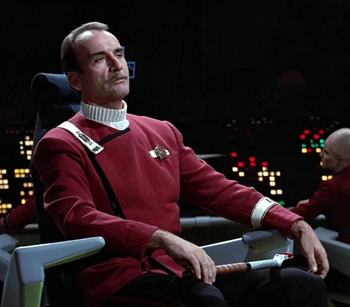 "Kirk, you do this and you'll never sit in the Captain's Chair again."
Played by: James B. Sikking
"If he thinks he can get away with warp drive, he's really in for a shock."

The captain of the Excelsior prototype. Rather arrogant and in over his head.

"Mr. Adventure"
Played by: Scott McGinnis
"You're a twenty year space veteran, yet you pick the worst duty station in space. I mean, look at this place. This is the hind end of space."
An obnoxious young lieutenant.
Advertisement: 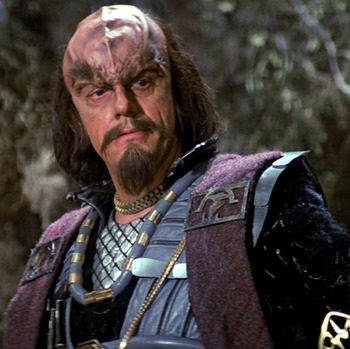 "Give me Genesis!"
"Even as our emissaries negotiate for peace with the Federation, we will act for the preservation of our race!"
The commanding officer of a Klingon Bird-of-Prey who is determined to steal the secret of Genesis.
Torg 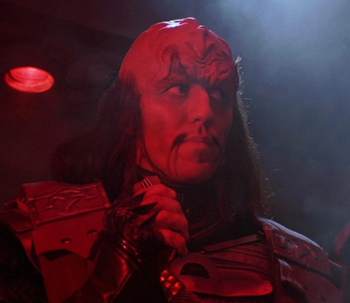 The First Officer of Kruge's Bird of Prey. 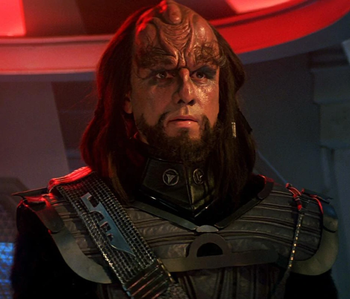 "Impressive. They can make planets."
Played by: John Larroquette

The Second Officer and de factor Chief Engineer of Kruge's Bird of Prey.

A Klingon spy working for Kruge.

A Klingon warrior serving under Kruge.

The (first) gunner aboard the Klingon Bird-of-Prey.

The replacement for the Bird-of-Prey's original gunner.