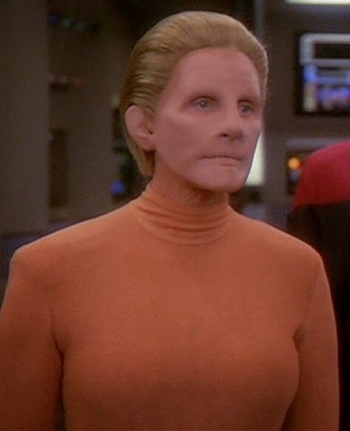 Portrayed By: Salome Jens
"Ironic, isn't it? The hunted now control the destinies of hundreds of other races."
— "The Search, pt. 2"

A Founder from a rogue planet located in the Omarion Nebula, in the Gamma Quadrant. She was chosen by the Great Link, a giant gelatinous sea of shapeshifters, to represent the interests of the Changelings in both the Gamma and Alpha Quadrants and instigated a bloody, genocidal interstellar war in order to conquer their inhabitants and worlds and subjugate them to the rules of the Dominion: a major galactic political power established by the Founders to defend their interests at all costs. The Female Changeling harbored a particular mistrust and hatred towards non-Changelings – whom she referred to as solids – believing them to be infinitely inferior and unworthy beings by design. 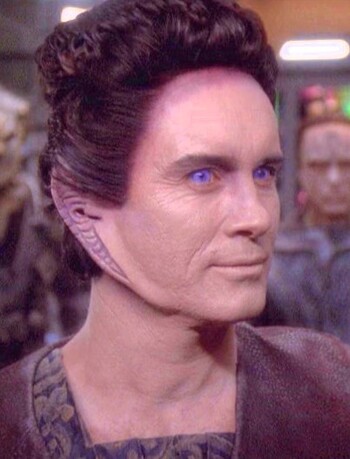 A Smug Snake par excellence, and the most visible member of the Vorta race. He became an antagonistic foil to Sisko after the beginning of the Dominion War. He had a tendency to get killed a lot, but luckily for him the Vorta were genetically engineered in such a way that this wasn't that big of a deal. 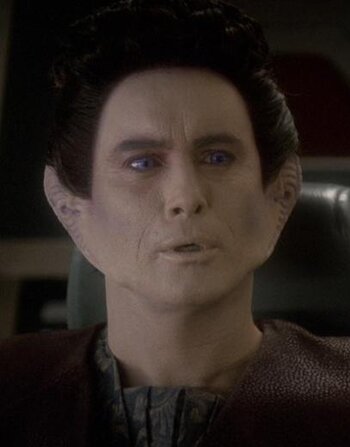 Portrayed By: Jeffrey Combs
Odo: Has it ever occurred to you that the reason you believe the Founders are gods is because that's what they want you to believe? That they built it into your genetic code?
Weyoun 6: Of course they did. That's what gods do. After all, why be a god if there's no one to worship you?
— "Treachery, Faith, and the Great River"

An aberrant clone of the Weyoun line who had misgivings about Dominion activities in the Alpha Quadrant. An escape attempt by him ended in tragedy, as he took his own life to prevent the death of Odo, whom he revered as a Founder. 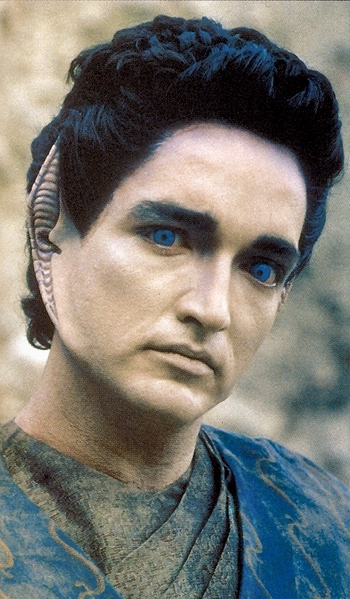 A Vorta commander of an attack fighter. He and his Jem'Hadar are stranded on a planet with a limited supply of Ketracel-White. Then, Sisko and his crew land on the planet as well, and Keevan immediately sells out his men to save his own skin. He later re-appears as one half of a prisoner exchange overseen by Quark, only to end up being accidentally killed before being handed back to the Dominion. 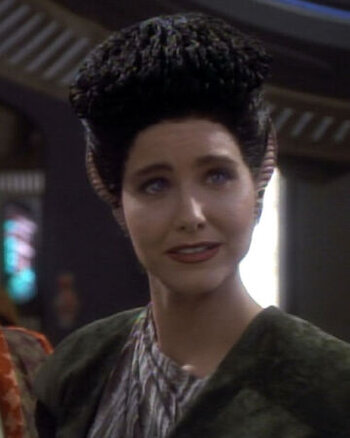 A Vorta agent in service of the Dominion. She was involved in an attempt to infiltrate the Federation in late 2370. She was the only Vorta known to apparently possess telekinetic abilities. 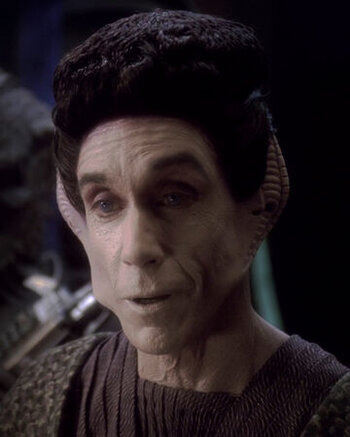 A Vorta negotiator, sent to carry out a prisoner exchange that would have seen the Dominion take back the captured Keevan in exchange for Quark's mother, Ishka. 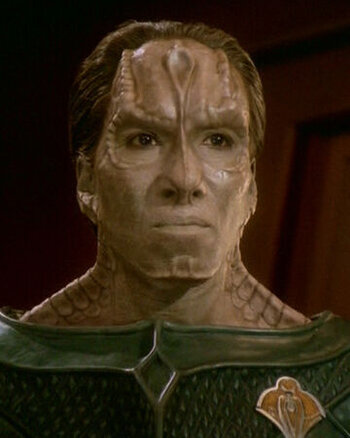 The leader of the Cardassian Union after Damar becomes a rebel. 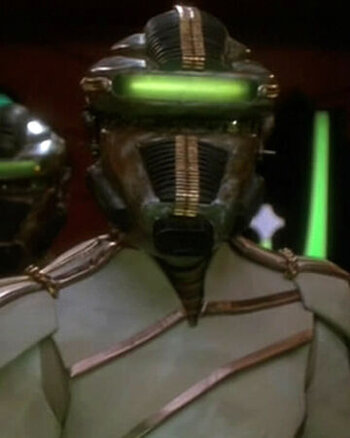 The leader of the Breen. 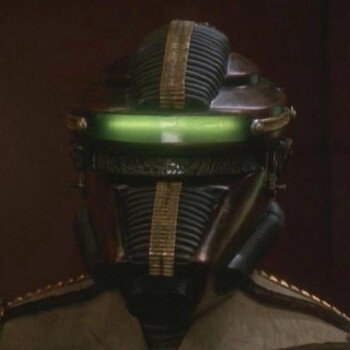 The second leader of the Breen, replacing Thot Gor.