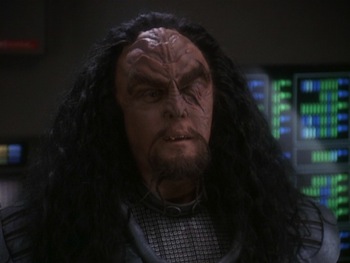 Another Proud Warrior Race Guy, but unlike Worf, Martok has lived in the Klingon Empire all his life, and is thus a more authentic representative of the culture. He was the chief military commander of the Klingon Empire and was usually seen right next to Chancellor Gowron. Arguably the Klingons' most Reasonable Authority Figure (if not the only one) since Chancellor Gorkon of Star Trek VI. 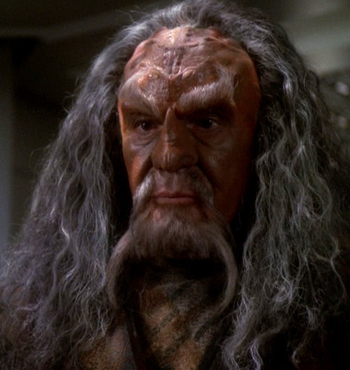 Legendary Klingon warrior, Dahar Master (a rank for legendary Klingon Warriors) and former enemy of a certain equally-legendary James T. Kirk. Old Klingon battle comrade of Jadzia's who goes on a revenge quest with her over the loss of his friend Kang's son. Enemy of Martok's because of career rivalry. Forgiven by Martok at his death. 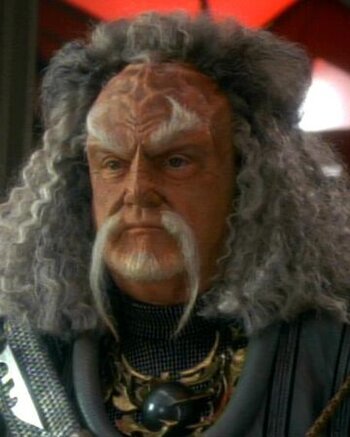 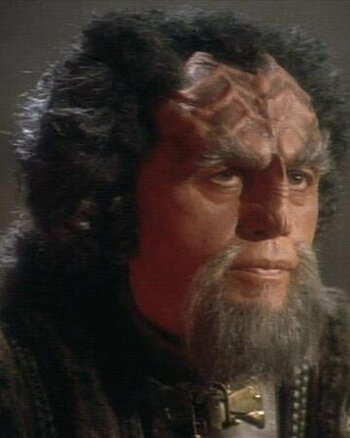 Peers of Kor and fellow Dahar Masters, also ex-enemies of Kirk and friends of Dax. Kang is the de-facto leader of the old trio, while Koloth is more the brains of the three. 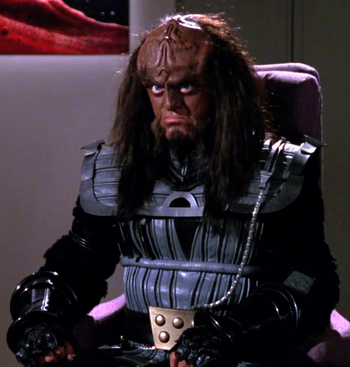 The Chancellor of the Klingon Empire. 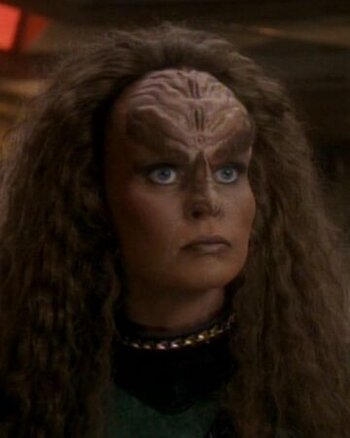