The band of adventurers-for-hire after whom the series is named. Most of its members were trained at the Cornerian Military Academy, but the team itself is a privately-run paramilitary. Due to at least two Continuity Reboots, research into their origins is somewhat difficult. In the first continuity, they were outlaw freedom fighters on Papetoon before being hired as PMCs during the Lylat War due to their impressive skills. Since Star Fox 64 rebooted the franchise, they were private military contractors to begin with. Star Fox's roster has changed numerous times in each timeline. 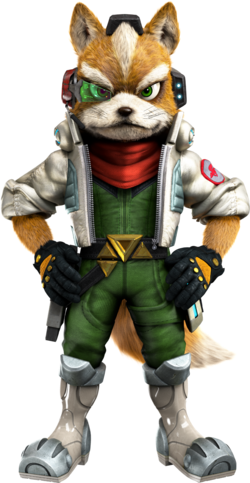 Fox McCloud is the main character of all of the Star Fox games. Stern and self-willed, the combination of his piloting skills and decisive thinking makes him the indisputable leader of the Star Fox mercenary team.

Falco Lombardi is something of a loose cannon compared to the rest of Star Fox. He doesn't play well with others, and seems to work with the team for purely financial reasons, though deep down he realizes what is at stake and will do what is right. He tends to butt heads with Fox, leading to a falling out between them before Adventures, which is explained in the manga Farewell, Beloved Falco, but by Assault, he seems to have warmed up to him, and they are simply friendly rivals. Falco is either the best pilot on the team or at least Fox's equal, with the best Arwing stats in Assault and a specialized Sky Claw vehicle in Command.

Peppy Hare is a veteran of the original Star Fox team led by his former classmate James McCloud, acting as a father figure to the current Star Fox team led by Fox McCloud. Since the end of the Lylat Wars, he rarely climbs into the cockpit of an Arwing, preferring instead to serve as the team's navigator and general advisor. By Command, he left the team to become a general in the Cornerian Army. 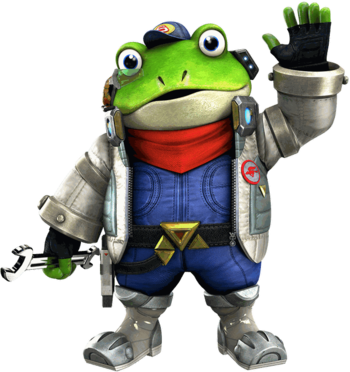 Slippy Toad is a close friend of Fox McCloud since their school days, and a talented mechanical engineer. His enthusiasm tends to outweigh his technical flight skills, so he is the one most likely to get into trouble. Still, he is considered the likeable, morale-boosting "mascot" of the team. 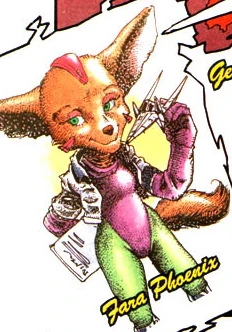 Coming from a rich family, Fara Phoenix is the chief test pilot of the Arwing and Fox McCloud's Love Interest in Timeline 1. First appearing in the tie-in comic series for the original Star Fox, she also appeared in an alpha for Star Fox 2 as a playable character, but was not included in the final game.

Miyu served as the fifth member of Star Fox in Star Fox 2. Not much is known about her personality and backstory.

Fay served as the sixth member of Star Fox in later builds of Star Fox 2. Like Miyu, not much is known about her. The manual for the SNES Mini Classic release lists her as being the daughter of an aristocratic family that has decided to join Star Fox to defend her home planet, Corneria. 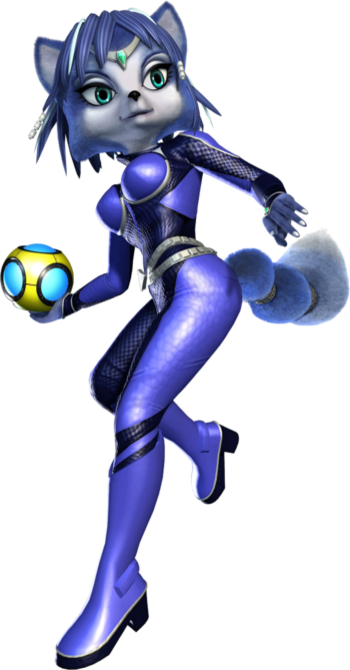 "Leave it to me."
Click here to view Krystal's appearance in Adventures 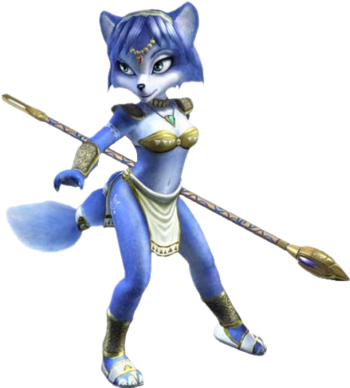 Krystal is Fox's on-again off-again Love Interest who was introduced in Adventures. She is a telepath, and replaced Peppy as the fourth active member of the team by Assault.