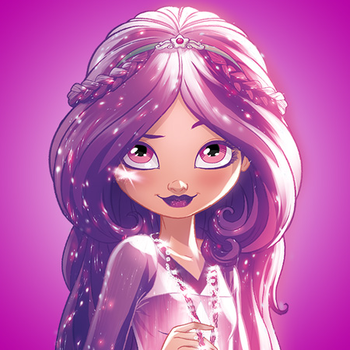 A confident, energetic girl who tries to look on the bright side of life. Sage has always wanted to be a Wish-Granter. Her mother, Indirra, is a scientist who studies wish energy. She's the lead guitarist of the Star Darlings band. 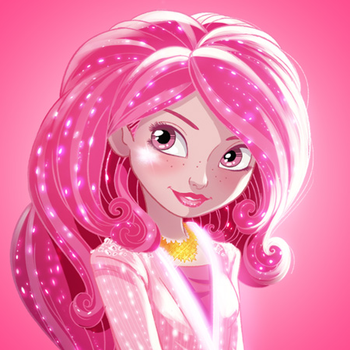 A generous girl who enjoys helping others, Libby has a ton of wealth but wants to share it all, no matter the cost to herself. She's the rhythm guitarist of the Star Darlings band. 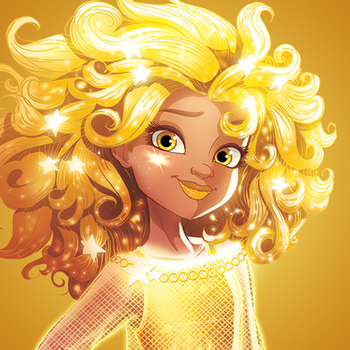 A brash, confident girl who wants to be the most famous pop star in Starland, Leona can be self-centered at times but has a good work ethic. She's the lead singer of the Star Darlings band. 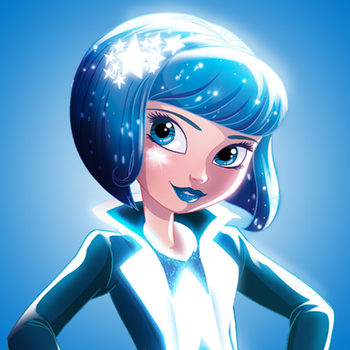 A top student who studies hard so she can become the best Wish Granter, Vega can be a bit of a perfectionist. She tends to think logically. She's the bassist of the Star Darlings band. 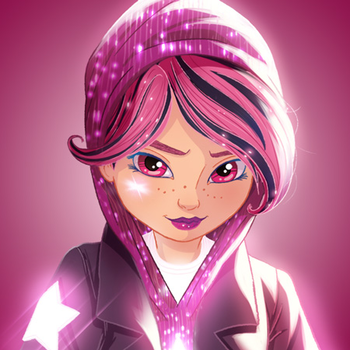 A mysterious loner who is fascinated with all things Wishworld. Scarlet's parents are classical musicians, and without much to keep her occupied Scarlet took to doing things at her own pace. She's the drummer of the Star Darlings band. 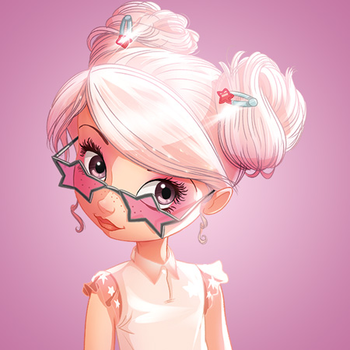 A shy, artistic girl who wishes to be more confident in herself. Cassie brought her pet Glowfur, Itty, to the school to keep her company. 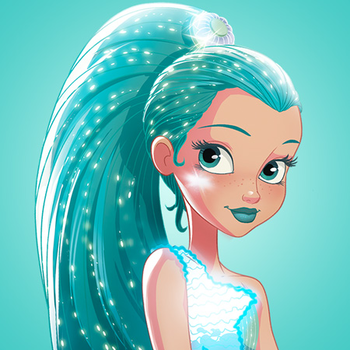 A daydreaming, artistic writer with supernatural abilities. Piper tends to get visions and dreams of the future, which are rarely wrong. She has an innate ability to read others' moods. 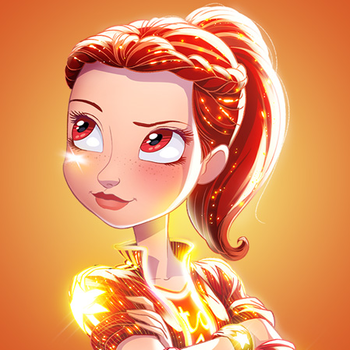 A confident, competitive girl who wants to be the best athlete in Starland. Astra shows her feelings through body language, making expressing herself verbally difficult. 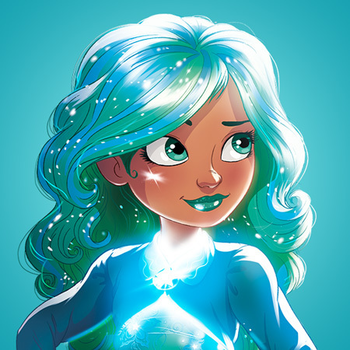 Gemma's older sister. She likes to relax and enjoys the finer things in life, and loves animals and home-cooked meals. 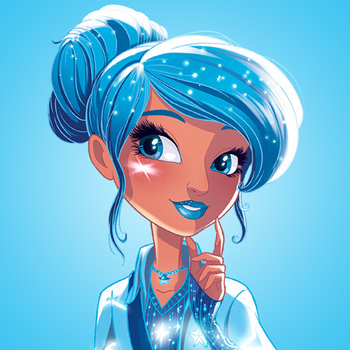 An out-of-the-box thinker who enjoys science and wants to be a famous fashion designer. Even more than Vega, Adora is aloof and logical to a fault at times, and she has trouble dealing with others' emotions. 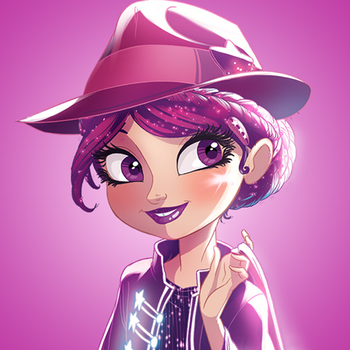 An artistic girl who wants to be the best songwriter and DJ in Starland. Clover grew up in a circus and spent most of her time moving around. 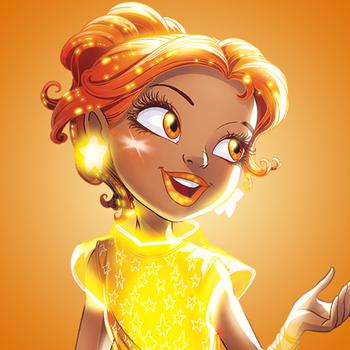 Tessa's younger sister. Gemma enjoys talking and sharing her opinions, but has difficulty making up her mind.
Other Starlanders 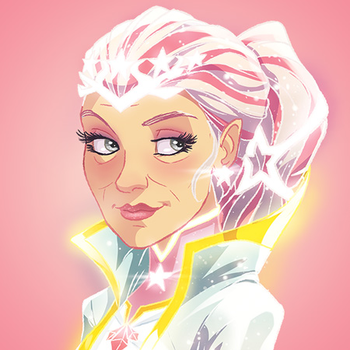 The Headmistress of Starling Academy and the one who brought the Star Darlings together. 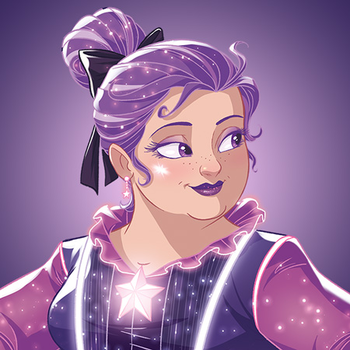 The head of admissions at Starling Academy, she wasn't interested in making friends with the staff. Cordial acts as Lady Stella's second-in-command, and assists the girls on their Wish Missions. In the books, she tends to stutter on words beginning with "s." She's Rancora in disguise. 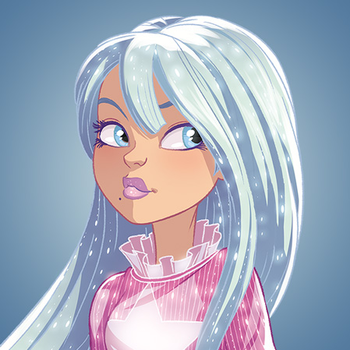 A somewhat eccentric, tough-as-nails professor who helps instruct the Star Darlings about Earthlings and wish granting. She seems to comically misunderstand many human customs and inventions. 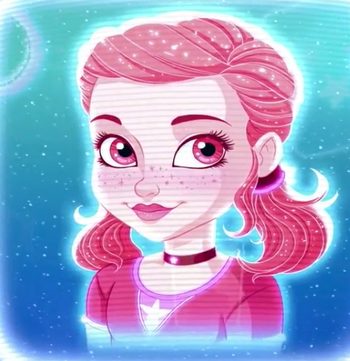 A first-year Star Darling who's not part of the main cast, she was brought in to replace Scarlet. She has orange-yellow hair tied in pigtails. Ophelia is nice, but lacking in wish potential and knowledge of Wishworld. It's revealed that her and Scarlet's results were mixed, meaning she isn't a Star Darling after all—which Ophelia is very relieved to hear. However, her role continues beyond that...

A theatre enthusiast who dreams of being a famous actress. She becomes Scarlet's new roommate after her dismissal from the Star Darlings.

A Bot-Bot robot companion for the Star Darlings. He forms an especially close bond with Sage.

Sage's mother and a prominent scientist, she studies ways to increase positive energy and worked alongside Lady Stella for a long time.

The headmistress of Starling Academy when Stella, Indirra, and Cora attended. After completing her cycle of life, she appointed Stella the new headmistress in her will. 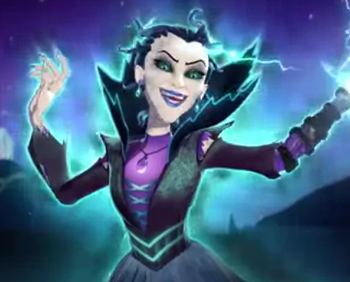 A famous Starland actress, Rancora is mentioned in several books before becoming prominent. She's the main villain of the series, and her past is revealed in Good Wish Gone Bad. As a student, her name was Cora.

A boy who Astra meets in her book, Astra's Mixed-up Mission.
Advertisement: