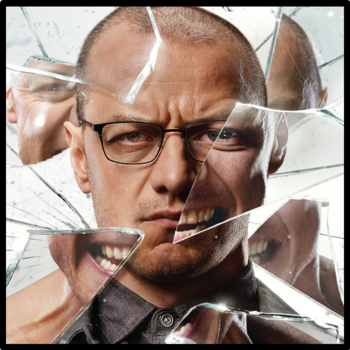 "Why do you all keep bringing me back? I-I don't want to be here!"

A man who suffers from an extreme case of Dissociative Identity Disorder (DID), with two dozen separate personalities residing in his mind and alternatively taking over it. 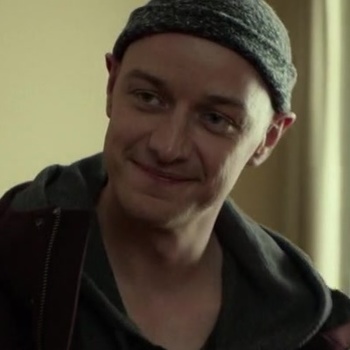 "I'm wearing cargo pants from the '90s. And a scarf. If it wasn't for the Varvatos T-shirt underneath, I'd be a mess."

"The Horde keeps obsessing about the ones who haven't suffered. I don't know where they're going with this, but it scares me."

The personality of a flamboyant fashion expert, working tirelessly with Dr. Fletcher to keep Kevin's more dangerous identities "out of the light". When Barry's control on the group starts to wane, Kevin's dark sides mutiny and he becomes lethal. 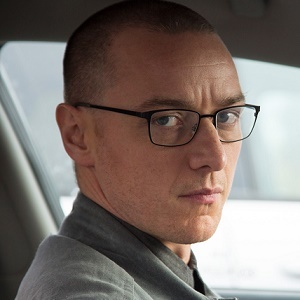 One of Kevin's more disturbing personalities, Dennis is temperamental and has a perverted liking for watching young girls dance naked. He demonstrates traits of obsessive-compulsive disorder and a firm tendency towards cleanliness and order (which is possibly duplicated from Kevin's abusive mother). Dennis is devious, being shown to have been masquerading as Barry since the very beginning of the film. 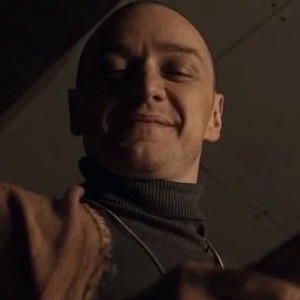 The personality of a sophisticated, orderly, and polite 'woman' who has considerable command over some of the other personalities (claiming that the others 'listen' to her). She assures Casey, Claire, and Marcia that Dennis will not touch them because they are to serve a greater purpose than Dennis' desires. 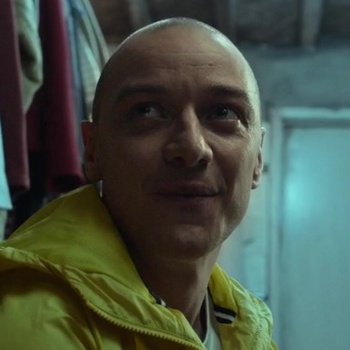 "No one's allowed to make fun of me anymore."

The personality of a nine-year-old boy with several compulsive behaviors, such as proclaiming that he has red socks, crawling on bent knees, and ending sentences with 'et cetera'. He loves to dance crazily, do drawings, and he is disciplined by the other personalities. He befriends Casey. 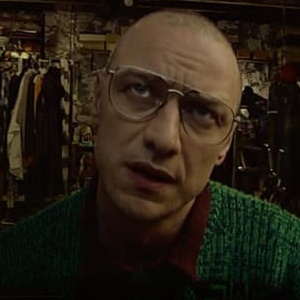 "As in 1008, when Anandapala suffered the Shahis' most crushing defeat and Mahmud overran the entirety of the Punjab region, taking the famed temple of Kangra, we have been wronged by this alliance, this horde of Patricia, Dennis and the boy. Their actions do not represent us."

"With regard to Chahamana's defeat and Muhammad of Ghor’s conquests between 1192 and 1200, I would liken it to Muhammad’s brazen ultimatum that Prithviraj either apostatize or fight. Like Prithviraj's defiance, we should stand up to The Horde's advances."

The personality of an introverted and highly intelligent man. He appears in a video on Kevin's computer. 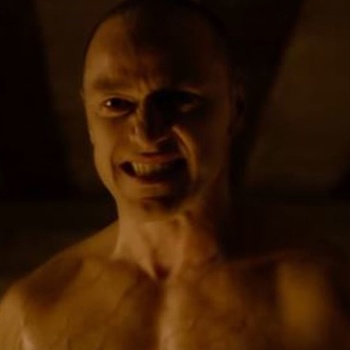 "The impure are the untouched! The unburned! The unslain! Those who have not been torn have no value in themselves, and no place in this world! They are asleep!"

By far the most dangerous, hostile, and terrifying of all the personalities, the Beast is the 24th identity that resides in Kevin's mind. The Beast is extremely violent to the point of savagery, having an unquenchable lust for human flesh, and an intense perspective that the rest of the world are impure because they haven't suffered like he has. The Beast possesses superhuman strength, speed, agility, stamina, invulnerability, and pain tolerance. 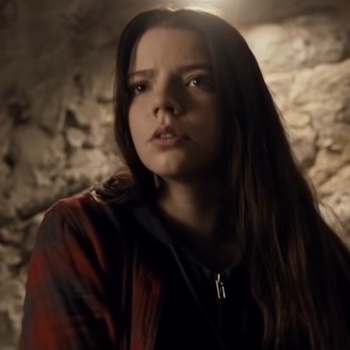 "I'll let you know when I hear something that makes sense."

"Everything is so easy for you guys. You do one thing, you can predict the next thing. It's not the way it's gonna be in this situation."

A young girl with a traumatic past and a history of Self-Harm, who is kidnapped along with her two friends Claire and Marcia by "Dennis", one of Kevin's personalities. 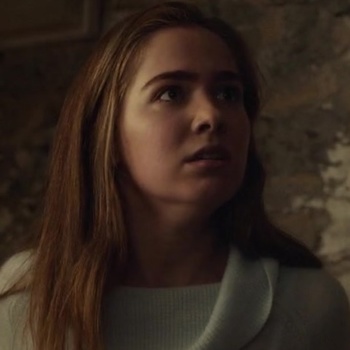 A young girl who is kidnapped on her birthday along with her two friends Casey and Marcia by "Dennis," one of Kevin's personalities. 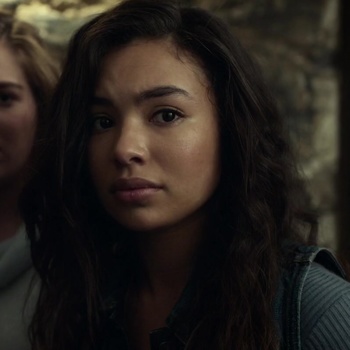 Claire's best friend who is kidnapped alongside her and Casey by "Dennis", one of Kevin's personalities. 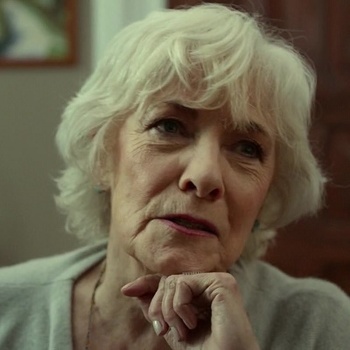 A psychologist who attempts to help Kevin with his DID, and believes that said disorder can, in extreme cases, cause physiological changes. 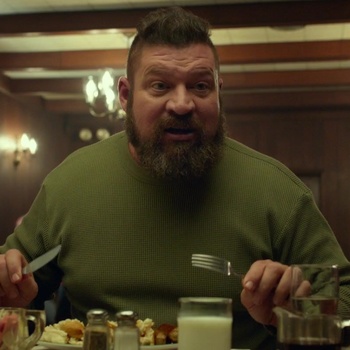 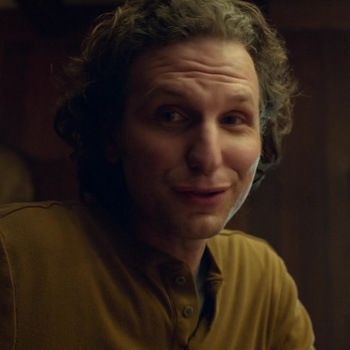 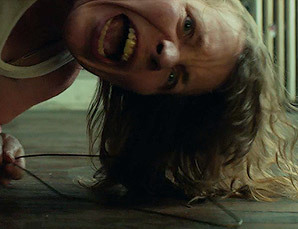 "KEVIN WENDELL CRUMB, YOU'VE MADE A MESS! GET OUT HERE!"

See his sheet on the Unbreakable page.