A list of central characters in the Splatterhouse series, listing tropes from both the original trilogy and the 2010 remake. Unmarked spoilers below! 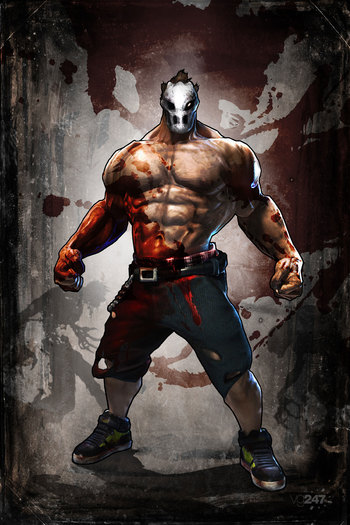 The main hero, an everyday man forced to wear the demonic Terror Mask to face the forces of evil and save his girlfriend and, in the third title, his son. 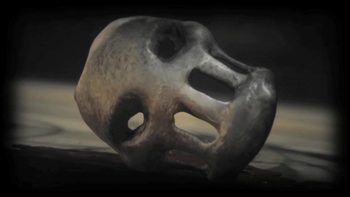 An ancient Aztec/Mayan artifact of great power, which turns the user into a powerful warrior. The mask provides Rick the strength needed to complete his quest, but is quite sinister on his own and eventually tries to kill Rick and Take Over the World, but is destroyed. In the Remake the mask has a new personality, and wants to get revenge on the Corrupted for what they did to it. 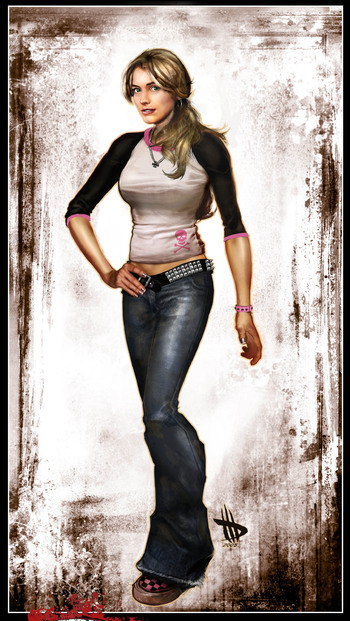 "I want us to be together until the end of the world."
Voiced by: Shanelle Gray (2010 remake)

Rick's girlfriend, kidnapped by the evil forces of the House. She was turned into a monster and killed in the first game, brought back from hell in the second and saved again in the third. In the Remake, Rick must save her from West, who wants to sacrifice her to the Corrupted. 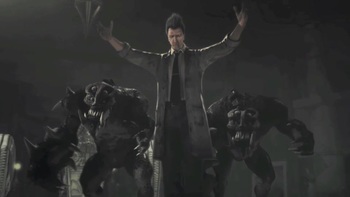 A Mad Scientist and unseen owner of the West Mansion where the game takes place. In the Remake, he kidnaps Jen for a sacrifice to the Corrupted in order to resurrect his dead wife Leonora. 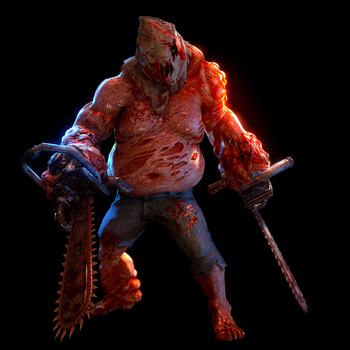 The most popular monster in the game, Piggy Man is a large humanoid with chainsaws for hands that guards the mansion. In the Remake, he's fought by Rick in the Meat Factory in the future New York.

The final enemy in the first game, Hell Chaos is a rotten giant who comes out of a grave to kill Rick near the end of the game. It is speculated that this monster is actually Dr West's mutated corpse.

An eldritch beast from the Void who was accidentally released by Rick when he opened the portal. It's fought by Rick in the woods just outside of the Mueller Mansion.
The Evil One

Leader of the demons of the Void, he's the Big Bad of the original series. In the third game, he tries to use the Dark Stone to become invincible and conquer the world, but Rick completely crushes his ambition.
The Overlord

The leader of the Corrupted, he's the first of them to step in the material realm. However, the Mask forces him to possess the various corpses of the weak enemies slaughtered along the way, allowing Rick to destroy it soundly. This backfires when the overlord's essence possesses Jennifer.