This page is for all of Peter's buddies from High School and College. 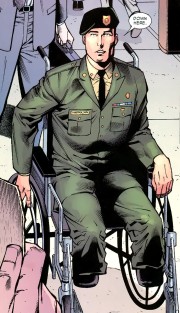 "Flash" was a jock at Peter's high school, and thus "Puny Parker" often was the target of his abuse. However, once he became Spider-Man, Peter began standing up to Flash. Ironically, Flash was always a big fan of the wall-crawler. After college, the two went their separate ways, with Flash joining the army. His time there mellowed him out considerably. So much so, that by the time he saw Peter again, the two realized they had more in common than they thought, and soon even became friends. They even ended up teaching at their old high school together. Peter taught science, while Flash taught gym.

Flash enlists in the army during the Iraq War and is grievously wounded in action, losing his legs while saving his comrades. Lauded as a hero for his sacrifice, he is given an offer by the military: he can "rent" the Venom symbiote, which was subdued by drugs, for 48-hour periods (never long enough for the symbiote to establish control) for use in important missions, regaining the use of his legs in the process. Thompson agrees and subsequently becomes the new Venom, marking the character's transition to fully-fledged hero.

For a more focused look on him as Venom IV there's his part of the Venom hosts list page.

Liz Allan was a high school student that attended Midtown High School together, and a minor love interest of Peter Parker and Flash Thompson. Initially she is Flash's girlfriend and considers Peter something of a loser. However, after she hears an ailing Peter had donned a Spider-Man costume in order to save Betty Brant from Doctor Octopus, she develops a crush on him. By this time, however, Peter's interest has waned considerably, as he notes that Liz never showed any real interest in him until he began dating Betty Brant, and assumes that Liz's feelings are little more than a schoolgirl crush. Betty and Liz clash several times over Peter. At the graduation ceremony, Liz admits her feelings to Peter, and says she has come to accept the fact that they are unrequited. In the same issue, Spider-Man battles the Molten Man, who in later issues is revealed to be Liz's stepbrother Mark Raxton.

When Liz returns, she dates then marries Harry Osborn, whom she meets at Betty Brant's wedding to Ned Leeds, becoming Liz Allan Osborn. The couple have a son, Normie Osborn. Their family history turns tragic, however, after Harry Osborn has a mental breakdown. In the guise of the Green Goblin, Harry kidnaps Liz, Normie and Mark, and terrorizes them within an old family mansion. Liz is deeply traumatized by this experience and falls into a state of denial about her husband's problems. Harry's madness leads to his death shortly after. Struggling to put Harry behind her, Liz breaks ties with Peter and Mary Jane.

After the events of the "One More Day" Harry is still alive, but he and Liz are no longer married. 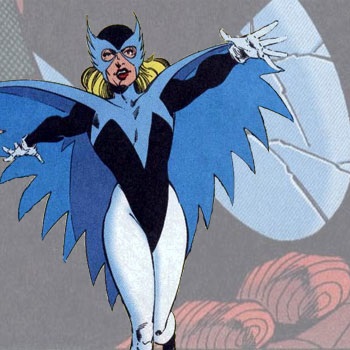 A classmate of Peter Parker's who wished to be famous like Spider-Man. She developed the costumed identity of Bluebird and employed gadgets to stop crime. Bluebird even helped Spider Man defeat Electro and the Eel when they demanded ten million dollars or would cripple the city's electrical supply. Avril died in car accident while speeding to battle scene involving Spider-Man in order to photograph him. 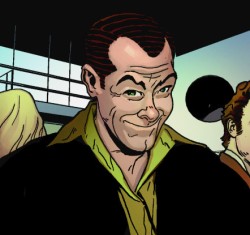 The son of famed billionaire Norman Osborn, Harry had a hard life growing up. After his mother died, Norman buried himself in his work, and Harry felt increasingly resentful of and angry at his father. In fact, it was he who switched around some chemicals when Norman tried to create the first Goblin Serum to pay his father back for neglecting him. However, when he went to college, Harry finally found someone who would care about him far more than his father ever would: Peter Parker. While they started off rough due to Peter's life as Spider-Man, Harry soon became Peter's best friend, and they even shared an apartment. However, the strain of his father's spells as the Green Goblin eventually turned Harry to drugs, and he almost overdosed on several occasions.

On one such occasion, it caused his father to revert back to his Goblin personality, leading to The Night Gwen Stacy Died. Sometime after this, Harry discovered his father was the Green Goblin, and that Peter was Spider-Man. Angry at Peter for causing the death of his father, Harry became the second Green Goblin. However, he eventually quit after he suffered a concussion that made him forget that Peter was Spider-Man.

The two of them reconnected, and for a time, it seemed like Harry's life was finally on the rebound. He took over running his father's company Oscorp, married one of Peter's old high school classmates Liz Allen, and they had a son Normie. However, the Goblin persona began coming back to Harry. First, when the Hobgoblin tried to make the Goblin Serum, he brought Harry's memories of being the Goblin back, and he even donned the mask to help Spidey on several occasions. He eventually tried to rebury the Goblin and focus on his work and family. However, when his subconscious memories of hating Peter and knowing about Spider-Man returned, he tried to take revenge on Peter again, even trying out a new Goblin Serum to make himself even stronger. Angry and manic, he tried to destroy both Spider-Man and himself in an explosion, but after realizing Mary Jane and his son were in the building, he saved them all, before collapsing. Realizing the new serum was fatal, Harry died in Spider-Man's arms, affirming their friendship. That is, until One More Day, when Mephisto's interference summarily resurrected him from the dead. 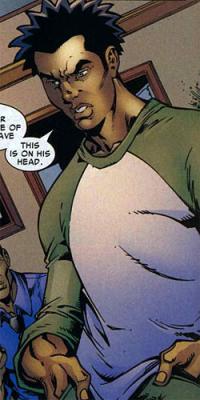