ALL SPOILERS ON THIS PAGE ARE UNMARKED! DO NOT READ UNLESS YOU WANT TO SPOIL THE ENTIRE SHOW! 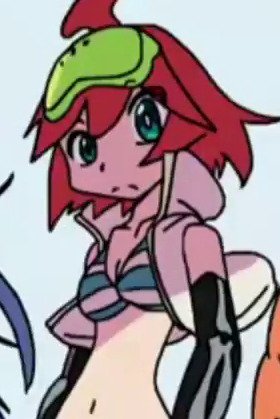 Our titular heroine, an ordinary 13-year old middle school student who just wants to be normal, but winds up having her whole life flipped upside down when her father accidentally freezes himself, forcing her to join Space Patrol against her will.

A polite but sociopathic mysterious transfer student who immediately captures Luluco's affection with his good looks and cool demeanor. Though popular with the ladies and nice to Luluco, he has a remarkably indifferent attitude about the mission and just about everything else too.

Luluco's fellow student and classmate, introduced as the elusive 'Save The World' who was distributing the quasi-legal Blackhole App and controlling her middle school class in secret. After a run-in with Space Patrol that led to her getting caught, she volunteered to join the force willingly to avoid further responsibility for her crimes... and to get closer to Nova. 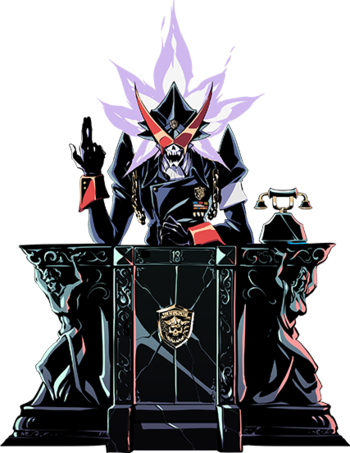 The chief of the Ogikubo branch of Space Patrol, Over Justice is a bombastic, fiery skeleton who was Keiji's boss before Luluco took his place after he happened to freeze himself. 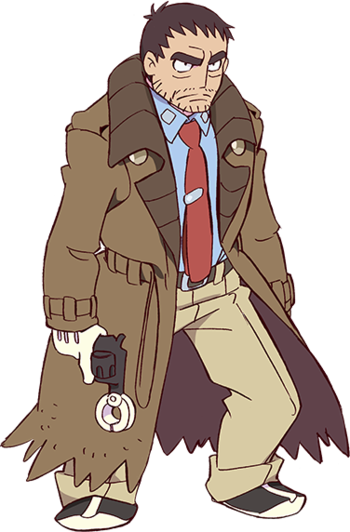 Luluco's father, an affectionate single parent who is also a detective for Space Patrol. The plot kicks off when he accidentally freezes himself at breakfast.

A temporary staff worker at the Space Patrol. She serves as Over Justice's personal secretary. 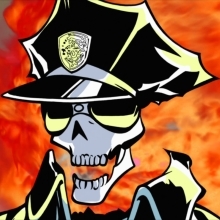 The messenger of justice himself! Both an old member of Space Patrol and a friend of Over Justice, he has a special insight into how love and justice works. 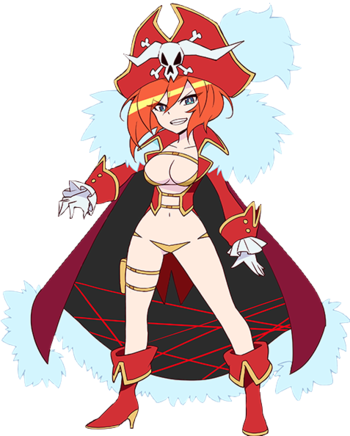 The extremely powerful leader of a group of Space Pirates who opposes Space Patrol and regularly fought Luluco's father before he got frozen, also Luluco's mom. 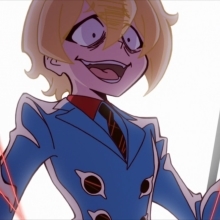 A malevolent alien from the home planet of the life fibers. Their appearance changes into whatever the beholder most desires, so Luluco sees him as Nova. 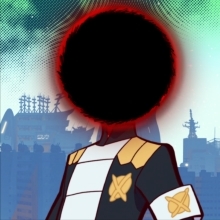 Supposedly the leader of Space Patrol. Something's off about him, though, and it turns out he's a Blackholeian who had been using the main cast in order to get the treasure he desires.