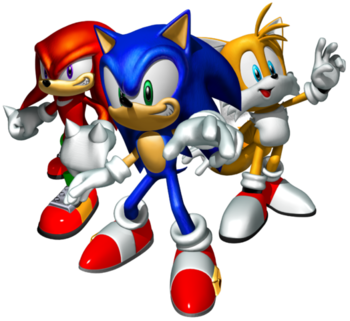 Sonic: Let's blast through with sonic speed!
The three primary protagonists of the series, aptly named Team Sonic (or Team Heroes depending on the game), consisting of Sonic, Tails, and Knuckles. Whenever a threat rears its ugly head, you can bet these three will be at the center of the conflict in some way. They're joined by others on occasions, most commonly Amy. 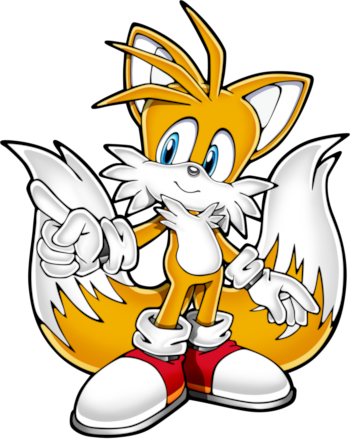 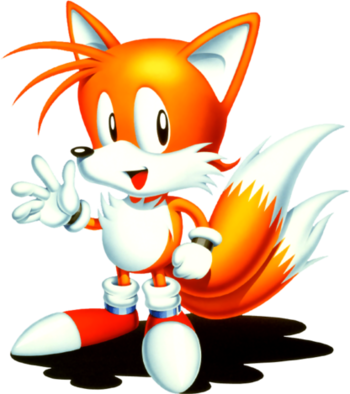 Debut: Sonic the Hedgehog 2 note  His canon debut is attributed to the 16-bit Sonic the Hedgehog 2, but his first chronological appearance was in the 8-bit Sonic the Hedgehog 2, which predated the release of the Genesis Sonic 2 by a month
Voiced by: Kazuki Hayashi (Japanese, 1998), Atsuki Murata (Japanese, 2000-2002), Ryo Hirohashi (Japanese, 2003-present); Takuto Yoshinaga (Japanese, Classic Tails), Corey Bringas (English, 1999-2001), Connor Bringas (English, 2001-2002), William Corkery (English, 2003-2004), Amy Palant (English, 2005-2010), Kate Higgins (English, 2010-2013), Colleen O'Shaughnessey (English, 2014-present), Marie-Eugénie Maréchal (French, 2011-present)
Sonic's young sidekick: a small fox who can use his unique twin tails to fly. Despite his young age, he's a reliable and dependable ally to Sonic. In later games, he's come into his own as a genius inventor that even rivals Eggman. His real name is Miles Prower, and he grew up as an orphan, ostracized because of his twin tails. One day, he noticed Sonic's running by and was so awed by his speed, he tried to catch up using his tails. Sonic didn't pay the young fox any attention, but witnessing how he nearly caught up with him impressed him enough to take him under his wing and give him his well known nickname. Together, they foiled Eggman's latest scheme on Westside Island and the two became nearly inseparable. 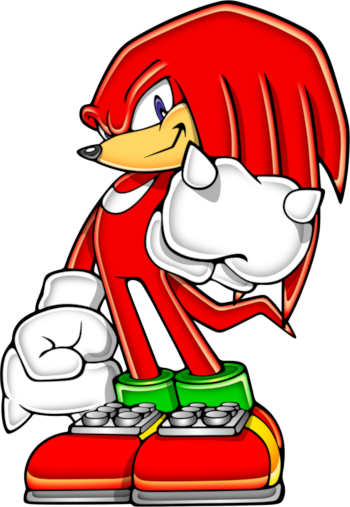 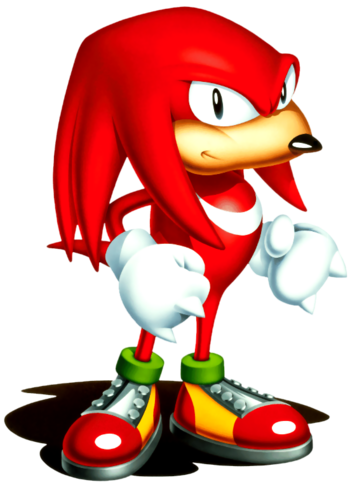 Debut: Sonic the Hedgehog 3
Voiced by: Nobutoshi Canna (Japanese, 1998-present), Michael McGaharn (English, 1999), Ryan Drummond (English, 2000), Scott Dreier (English, 2001-2004), Dan Green (English, 2005-2010), Travis Willingham (English, 2010-2018), Dave B. Mitchell (English, 2019-present), Sébastien Desjours (French, 2011-present)
A red echidna from Angel Island, and guardian of the Master Emerald. He was first introduced as an antagonist in Sonic the Hedgehog 3 and Sonic & Knuckles, having been told by Eggman that Sonic and Tails intended to steal the Master Emerald. Halfway through the game, Eggman betrays Knuckles and steals the Master Emerald himself, which forced Knuckles to accept Sonic & Tails help in getting it back. Afterward, Knuckles would then be one of the duo's chief allies in fighting Eggman, but his guardian duties keep him out of the action most of the time. Not much of his past was known, but that changed with Sonic Adventure which fleshed out his background quite a bit. Turns out, Knuckles is the last of the echindas after they were wiped out for attempting to use the the Emeralds and desecrating the shrine (and injuring numerous Chao) which the angered the at the time guardian Chaos. Afterward, the piece of the shrine became Angel Island.